‘Why take a chance there and risk it?’: Roy Keane slams Joachim Andersen’s ‘ridiculous’ defending as the Crystal Palace defender lost the ball to Kelechi Iheanacho who charged through to score Leicester’s opener

The Eagles had the better of the opening play before the Foxes capitalised on a defensive error to take the lead.

Andersen had the ball played to him and he tried to knock it past Kelechi Iheanacho who read what the Crystal Palace defender was attempting to do. 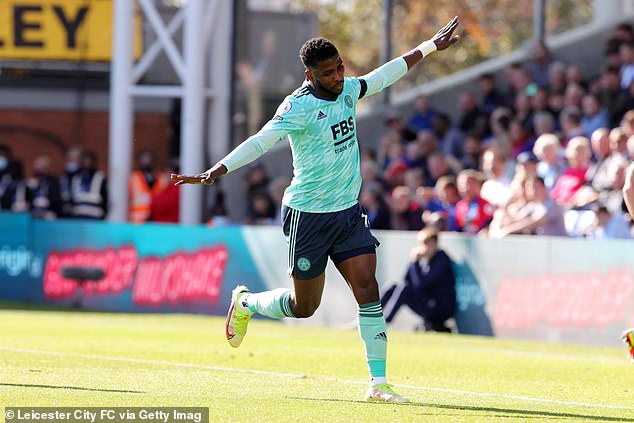 The Leicester striker pounced on Andersen and knocked the ball before charging on goal to score an easy goal for the Foxes.

At half-time, Sky Sports pundit Keane was left confused by Andersen’s defending which led to the goal.

He said: ‘I just can’t understand it, Patrick’s (Vieira) done his homework they’re well prepared, they had a good performance the other night. 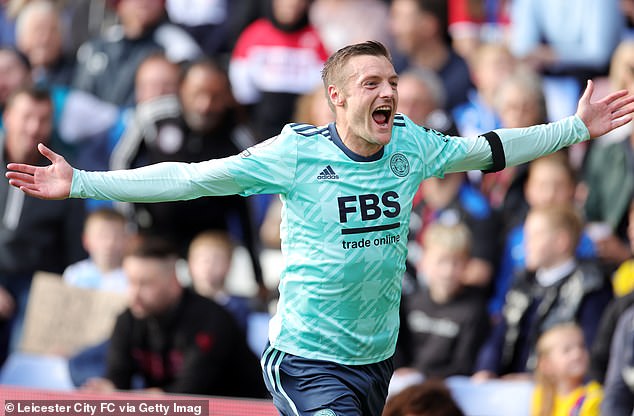 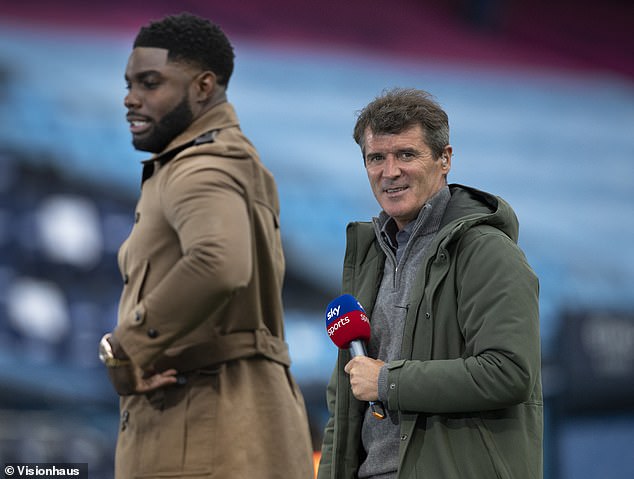 ‘And then for your centre back to try and beat someone in that area knowing if he doesn’t get by him the striker’s in on goal. It’s been that type of game it’s been really sloppy both teams but that don’t bother Leicester.

‘That defending why take a chance there and risk it’s ridiculous.’ 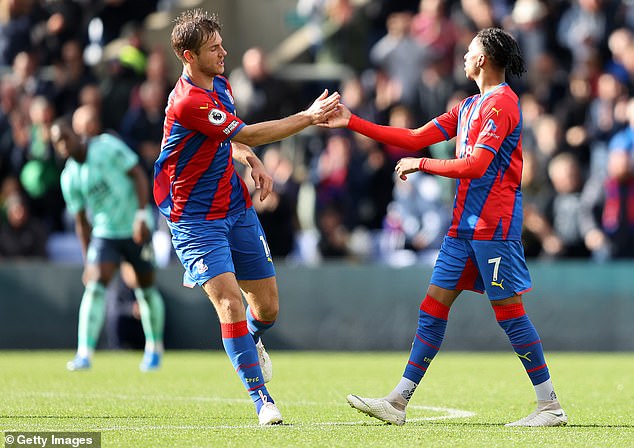 Harvey Barnes fed the ball to Jamie Vardy to tuck away an easy finish, but Keane’s co-pundit Jamie Carragher hit out at Andersen’s defending.

He said: ‘Andersen doesn’t cover himself in glory here his body position not great. As Vardy comes in he’s not going to miss. Look at the eyes he fools the goalkeeper a great finish.’

Keane added: ‘When you give away the first goal just take your medicine and go into half time 1-0 but they concede six minutes later. Bit of a lack of maturity there at the back.’