A military service dog that saw his fair share of action braved the cold to appear with his fellow Anzacs at a dawn service ceremony.

The 14-year-old Belgian shepherd named Jeep joined his loyal handler Lauren Marshall who woke the pooch up on Monday morning to visit the Melbourne Shrine of Remembrance for their first Anzac Day memorial service since the onset of the Covid pandemic two years ago.

Old Jeep was dressed to the nines in a smart coat decorated with his medal for six years of service in the Royal Australian Air Force.

He also wore a purple poppy for the brave animals that have died while fighting for Australia.

Ms Marshall told ABC it’s vital that Aussies also honour and respect the animals that have played a role in past conflicts.

‘It was extremely important to come down here, Jeep is approaching the end of his life,’ she said.

‘Sometimes I feel like they’re not recognised as much as they deserve to be.’ 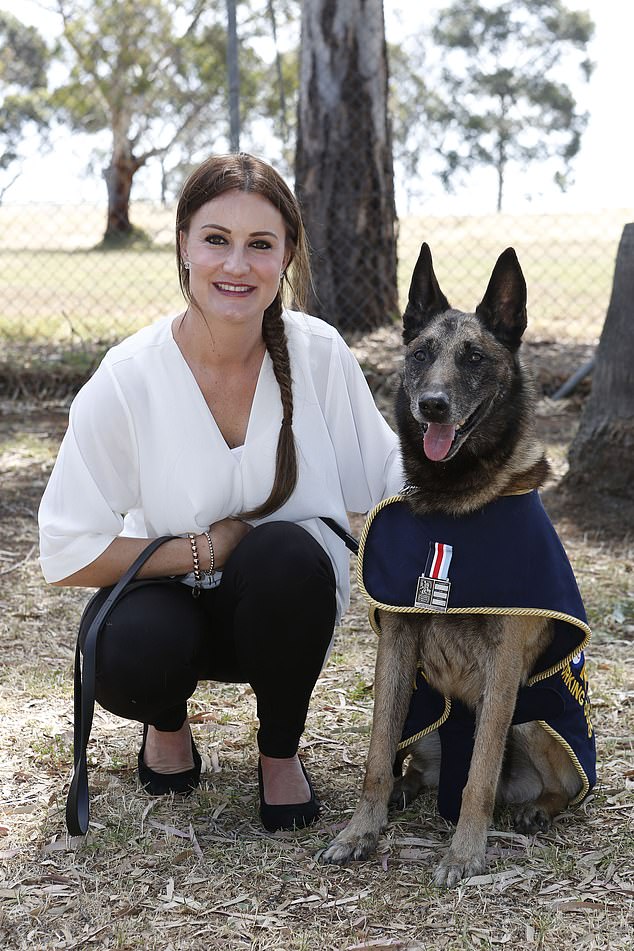 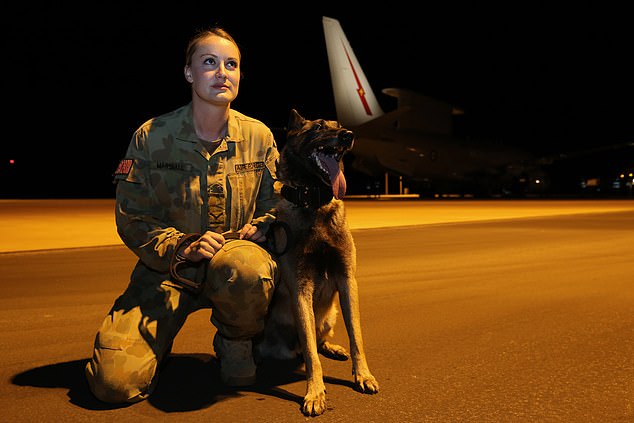 The dog handler who said she likes to spend Anzac Day supporting veterans and remembering the friends she’s lost through the years, added that it’s also important to share the day with Jeep so he can be recognised for his ‘hard work’.

Hundreds of thousands of animals have lost their lives during various wars for Australia.

Horses were the most recognised animals used by the military during WWI and WWII but there were also thousands of dogs, pigeons, camels and donkeys that served. Many lost their lives.

Jeep has been recognised for his hard work in helping to search for the missing MH370 plane, shot down by Russian separatist forces in Ukraine during 2014.

Six Australians were on board the doomed flight. 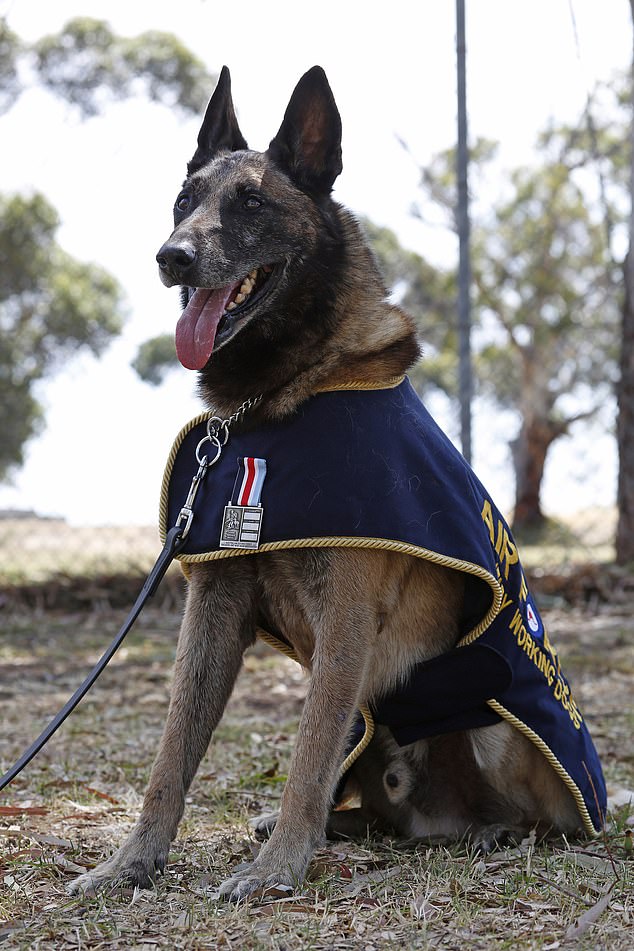 Ms Marshall said her and Jeep had grown close while working together and that she was glad to see him enjoying some love at the Dawn Service.

‘As soon as they see him they’re drawn to him, they want to pat him and ask questions and want to know what he’s done and what we’ve done and what his medal is for,’ she said.

‘I’m just thrilled I was able to keep my promise, and give him the life he deserves.’