The world waited in anticipation yesterday as Prince Harry, his father Charles and brother William arrived at Sandringham to meet the Queen.

The unprecedented ‘Megxit’ summit was so top-secret not even Meghan herself was allowed to join on a video call from Canada for fear the line would be hacked.

But despite Her Majesty’s official statement that she hopes to come to a final decision ‘in the coming days’, royal commentators remain unconvinced things will be sorted that quickly.

While the Mirror’s Russell Myers claims the Queen is the one in charge, showing great leadership in the graceful way she dealt with the heartbreaking reality of her grandson stepping down, Phil Dampier wrote in the Express that Harry and Meghan ‘have won’.

Meanwhile royal press photographer Arthur Edwards believe the Duke of Sussex may even ‘change his mind’.

Here MailOnline brings you a round-up of what Britain’s newspaper columnists made of the historic showdown between Prince Harry and his grandmother. 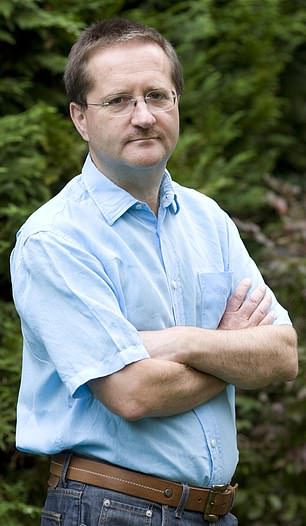 PHIL DAMPIER wrote in the Daily Express: ‘Make no mistake it means only one thing – Harry and Meghan have won!’

PHIL DAMPIER, Daily Express: ‘Make no mistake it means only one thing – Harry and Meghan have won!’

‘Make no mistake it means only one thing – Harry and Meghan have won! I can’t believe this would have happened if Prince Philip was 20 years younger and still actively head of the family.

‘The Queen hates loose ends and will want this resolved quickly, but I’m sure she is absolutely heartbroken. She adores Harry and will be devastated by this.

‘They metaphorically held a gun to her head and she has given in. She may say she fully supports their desire to create a new life, but we all know the opposite is probably true.

‘In the long term I hope Harry knows what he’s doing. If, God forbid, his marriage doesn’t work out, I’m not sure the British public will welcome him back with open arms.’ 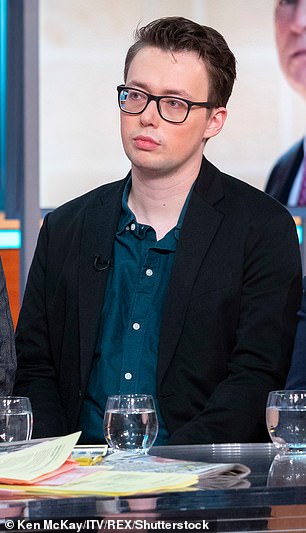 TOM SLATER wrote in The Sun: ‘Liberals insist Prince Harry and Meghan have been driven out by racism but there’s no evidence of press bigotry’

TOM SLATER, The Sun: ‘Liberals insist Prince Harry and Meghan have been driven out by racism but there’s no evidence of press bigotry’

‘By ‘they’ I mean the liberal-Left commentariat, the people who hate Brexit, hate ordinary people and have, for some reason, grown to love our departing royals, Prince Harry and Meghan.

‘These claims made about the ‘racist’ treatment of Meghan at the hands of the British Press are incredibly thin.

‘They think Britain is a foul place full of foul people, brainwashed by foul news- papers to hate the wonderful Duchess of Sussex and the brilliant European Union.

‘What the liberal elite’s Meghanmania shows us is that, for all their posturing against right-wingers, monarchy and the old aristocracy, they are comfortable with the plebs being led, instructed and hectored by our betters.

‘They would just rather it was woke people doing it, like Harry and Meghan.’ 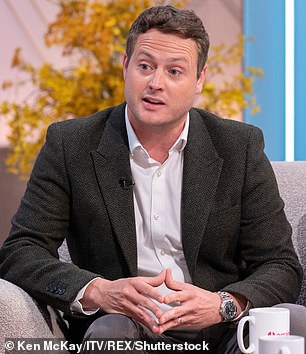 RUSSELL MYERS wrote in the Daily Mirror: ‘Any doubt over which royal remains in charge has been laid to rest’

RUSSELL MYERS, Daily Mirror: ‘Any doubt over which royal remains in charge has been laid to rest’

‘In recent times, some have whispered of a subtle changing of the guard; a passing of the torch to prepare Charles and even William for Kingship.

‘But if there was ever any doubt who remains in charge, those thoughts were laid to rest in one of the most extraordinary days in modern royal history.

‘With a masterful stroke of leadership, the Queen took back control of a situation that had in recent times threatened the fabric of the institution.

‘Undeniably torn between her loyalty to a grandson she adores and the future of the heir she will leave behind, the Queen has for the moment found compromise and agreement from a place where it has been severely lacking.

‘And yet, there are undoubtedly distinct echoes of sadness, with talks of preferred scenarios, transitions and resolutions. All of which show us that there could still be plenty more to play for on both sides.’ 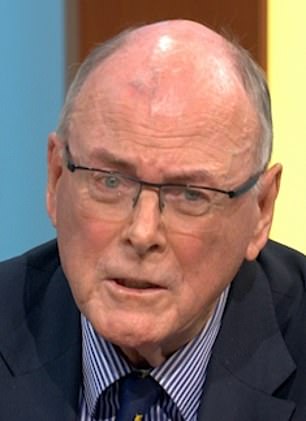 ARTHUR EDWARDS told Good Morning Britain: ‘I imagine he must have been choked when the Queen said we don’t want you to go’

ARTHUR EDWARDS, Good Morning Britain: ‘I imagine he must have been choked when the Queen said we don’t want you to go’

‘I think harry might change his mind but I don’t know about her.

‘Windsor is a pretty boring place to live and she’s used to the fast live and misses showbiz.

‘She was good at it and wants to explore than more.

‘Me personally I miss Harry terribly, he’s an absolute gem as far as I’m concerned. Had some great times with him, he’s got the compassion of his mother more than any of them.

‘He’s a star. I imagine he must have been choked when the Queen said we don’t want you to go but it was brilliant of the Queen to say that. I

‘I think they’ll head to Canada and then the United States and they have to find a way to fund themselves now.’ 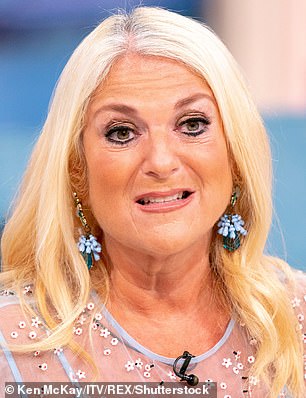 VANESSA FELTZ wrote in the Daily Express: ‘Imagine if Meghan is selflessly saving Harry from a mental breakdown’

‘Just a thought – what if Meghan is the selfless silent heroine of the hour? What if she has been mistakenly maligned? What if she is nobly sacrificing her own reputation to save Harry’s?

‘Is there an alternative to the assumption that she’s a Hollywood go-getter intent on feathering her nest and luxuriating in the limelight at the expense of the Royal Family?

‘Could it be that his loving wife is turning her back on Britain and the House of Windsor to protect her husband from further anguish?

‘The extraordinary decision – taken by no one quite knows who – to make the 12-year-old newly-bereaved prince march through the streets behind his mother’s coffin as the cameras closed in on his grief-stricken face is sure to have left an indelible stain on his soul.

‘Maybe Harry is suffering more profoundly than the public has been allowed to know? Could his fragility be the propeller guiding them Canada-wards at speed?’ 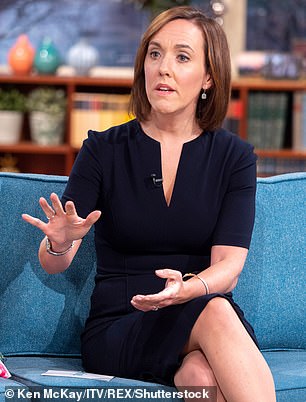 CAMILLA TOMINEY wrote in the Daily Telegraph: ‘He tried to reach out to her not only as his Queen, but as his grandmother’

CAMILLA TOMINEY, Daily Telegraph: ‘He tried to reach out to her not only as his Queen, but as his grandmother’

‘He tried to reach out to her not only as his Queen, but as his grandmother. She, in turn, tried to help in her role as the head of the family, rather than the Commonwealth.

‘Yet the Duke of Sussex is now said to ‘regret’ the way the 93-year-old monarch was left feeling ‘blindsided’ by last Wednesday’s bombshell statement announcing he and the Duchess planned to step back as senior royals.

‘Now having finally met the Duke in person at Sandringham yesterday, the great-grandmother is said to be keen for a swift resolution to the crisis that has engulfed the monarchy.

‘Despite admitting there are still ‘complex matters’ to resolve, she has asked for ‘final decisions to be reached in the coming days’.

‘Yet last night’s confirmation of the Duke and Duchess’s separation from The Firm suggests that it will take much longer than days for the royals to repair their own deeply damaged relationships.’ 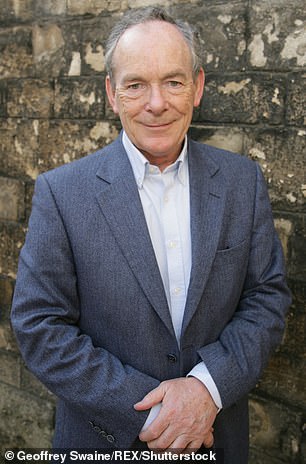 SIMON JENKINS wrote in The Guardian: ‘As Harry and Meghan are finding out, the royals don’t do ‘progressive”

SIMON JENKINS, The Guardian: ‘As Harry and Meghan are finding out, the royals don’t do ‘progressive”

‘No, the monarchy is not in crisis. No, the princes are not bullies. No, the Duke and Duchess of Sussex will not be destitute, merely stinking rich.

‘No, they will not go unprotected. In a nutshell, the past few days’ events, inconceivable in any other democracy, really do not matter.

‘What has happened with Prince Harry and Meghan is what has happened to family firms down the ages. All goes along swimmingly until it does not, until some junior member upsets the rest and steps out of line.

‘It is not Game of Thrones. It is The Godfather. You cannot be half in ‘the family’, and when you are out, boy, are you out.

‘What you certainly cannot do is get your PR consultants to fashion a new concept of a progressive, charitable but commercially financed royalty, bearing no relation to the existing one.

‘There are few lessons in this for the British monarchy. It remains about mystique, fashioned in the image of the monarch and not really susceptible to ‘progressivism’ or some vague broad-church concept.’