Happy birthday Kate! The Royal family uses cake and balloon emojis – and a series of touching images – to mark the Duchess of Cambridge’s 40th birthday on social media

The royal family have wished the Duchess of Cambridge a happy birthday on their social media accounts – highlighting the strong bond Kate Middleton shares with the Queen in a series of touching photographs.

The birthday posts to mark the Duchess of Cambridge celebrating turning 40 today even carried some emojis – with balloons and cake featuring in the messages from Prince Charles, the Duchess of Cornwall and Buckingham Palace.

Images shared on the Royal Family’s Instagram account this morning focused on Kate’s relationship with the Queen, showing the pair sharing sweet moments at several official engagements through the years.

Close: Buckingham Palace have released sweet pictures of the Queen and Kate Middleton to mark the Duchess of Cambridge’s 40th birthday today – alongside a birthday greeting with a balloon emoji 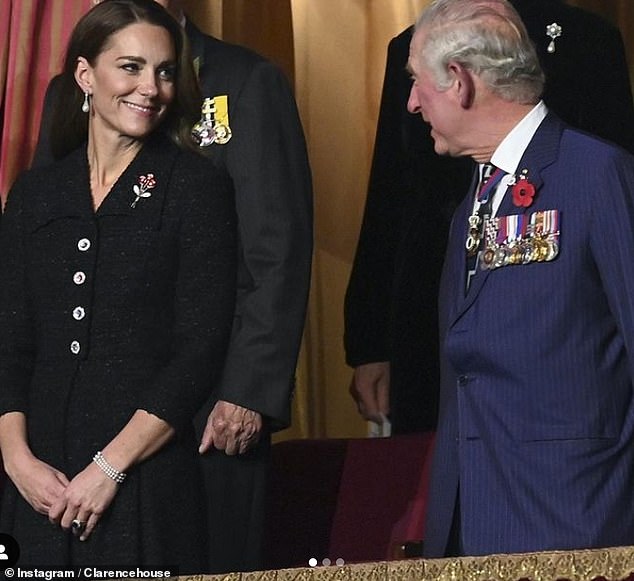 Clarence House also posted a birthday greeting, highlighting the bond between the Duchess of Cambridge and her father-in-law the Prince of Wales

One sees Kate sharing a friendly smile with her father-in-law, the Prince of Wales, during last year’s Festival of Remembrance Service at the Royal Albert Hall.

Another snap, also taken at the G7 Summit shows Camilla, shows Kate and the Queen smiling, looking over a miniature replica of a model city as the Duchess of Cornwall look on.

A third image shared by Clarence House is a close-up portrait of the Duchess smiling at the camera.

In the four images shared by the royal family’s account, Kate is seen beaming at the Queen’s side at several events, including in a photo taken early into Kate Middleton’s marriage to Prince William in 2012.

Sitting next to the Queen at a fashion show in Leicester, Kate, wearing a stylish all-black ensemble leans towards the monarch, smiling.

The Queen, wearing a vibrant pink and black number, listens to her grandson’s wife with a contented smile.

Another picture, also taken during 2012, shows the Queen and the Duchess sporting blue outfits and sharing a laugh. 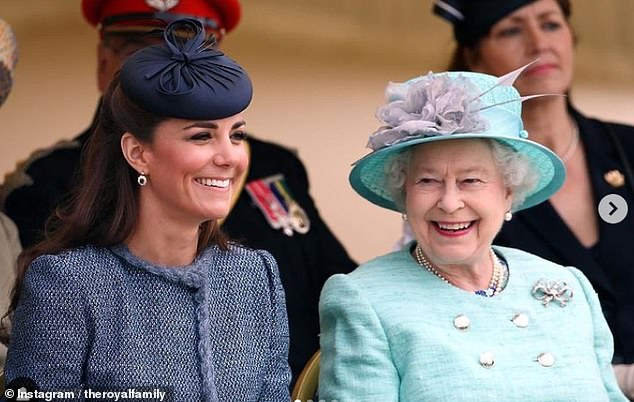 Among the other images shared by @theroyalfamily on Instagram was a photo of Kate and the Queen, both wearing blue, and smiling broadly at an event in 2012 in Nottingham 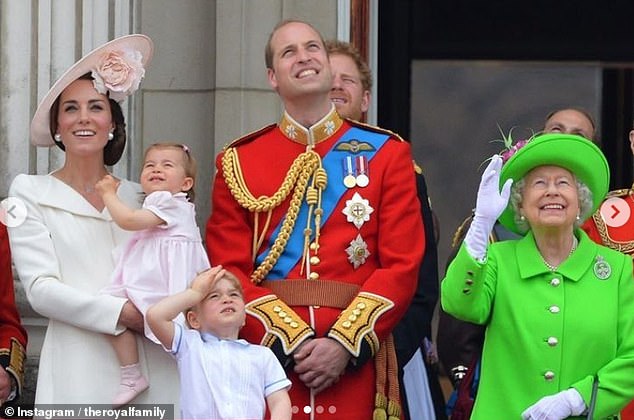 Happy days: The Duchess of Cambridge with Princess Charlotte, Prince George, Prince William and the Queen at Trooping the Colour in 2016 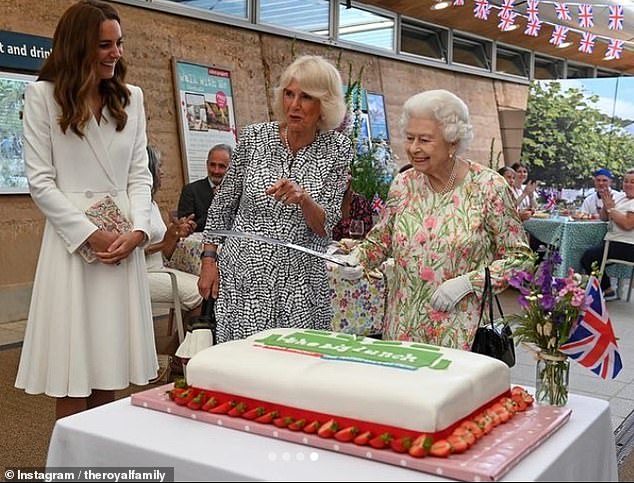 Kate sharing a laugh with the Duchess of Cornwall and the Queen, cutting a cake with a ceremonial saber during last year’s G7 Summit in Cornwall

In one shot taken during Trooping the Colour in 2016, Kate, holding a two-year-old Princess Charlotte, looks regal, standing next to Prince William and the Queen, who is wearing a vibrant lie green ensemble.

A fourth snap highlights the strong bond uniting the monarch, Kate and the Duchess of Cornwall with a picture taken at last year’s G7 Summit in Cornwall, showing the Queen cutting a cake next to her daughter-in-law and her grandson’s wife. 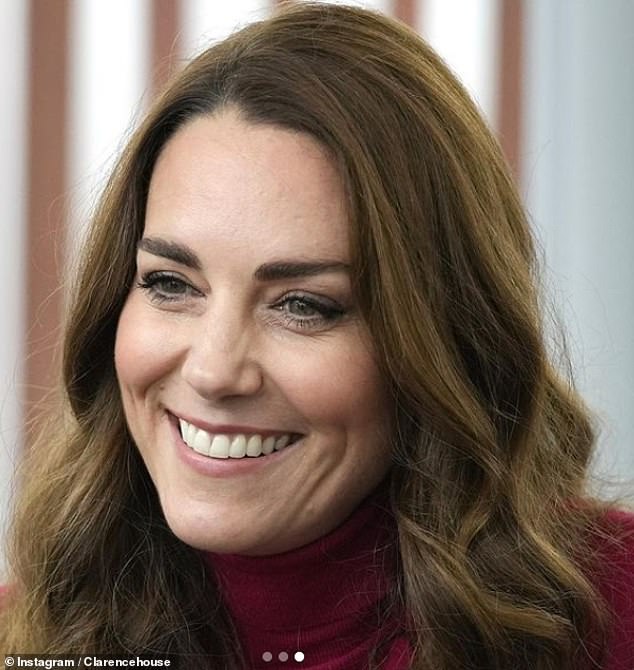 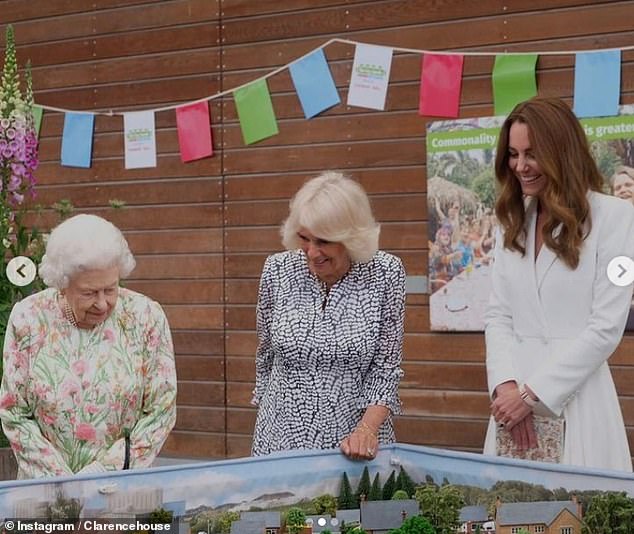 Another picture showed the Queen, the Duchess of Cornwall and Kate during this year’s G7 Summit