Royal fans have been gushing over ‘handsome’ Prince Nikolai of Denmark, as a new portrait is released to mark his 19th birthday.

In the photo, Nikolai, the son of Prince Joachim and grandson of Queen Margrethe, looks dapper in a navy blazer and blue shirt, teamed with a pair of white jeans.

Fans were quick to comment on the picture as they wished the royal a happy birthday.

One wrote: ‘Happy birthday my prince! I love you very muchhh! Prince Nikolai of Denmark!’

The Danish Royal Palace has released a new portrait of Prince Nikolai of Denmark (above) to mark his 19th birthday today. Nikolai looked dapper in a navy blazer and blue shirt in the photo

Another added: ‘Happy 19th birthday to the amazing and handsome prince Nikolai of Denmark!’

Meanwhile, one fan commented: ‘Wow how handsome he is…’

Nikolai’s good looks have not gone unnoticed in the fashion world, after signing a modeling contract with Scoop Models in Denmark.

The royal walked in Burberry designer Christopher Bailey’s last catwalk show, as well as walking the Dior Homme show in Paris in June.

After graduating high school, Nikolai will be free to following his own career path.  As seventh in line to the Danish throne, he does not collect an income from the Crown.

He also has not been required by his father to perform any official duties.

‘He must not be forced into anything. Nikolai’s life must take place entirely after his own plan. I want to help him on my way and try to inspire him,’ Joachim told Billed-Bladet.

Nikolai’s mother is Alexandra, Countess of Frederiksborg, who divorced Joachim in 2004 after nine years of marriage. 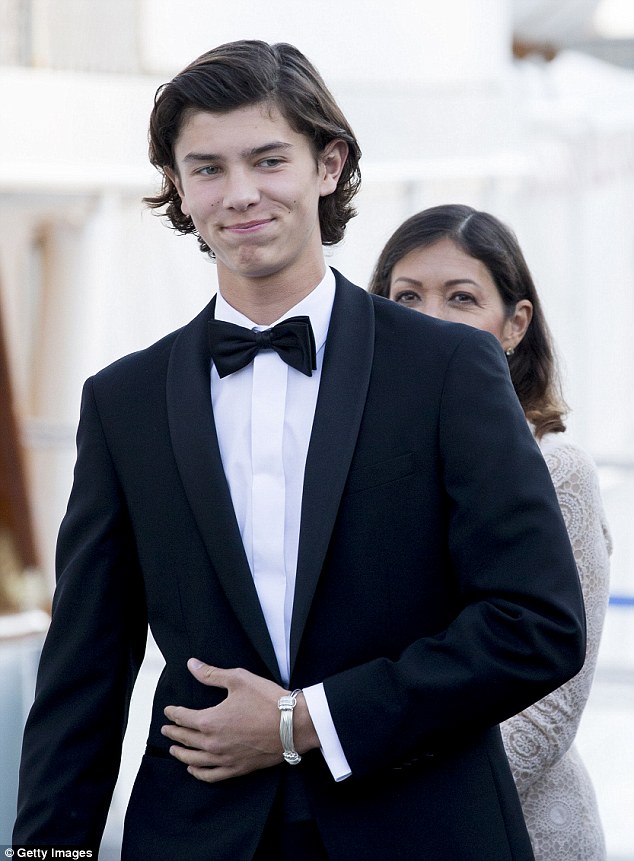 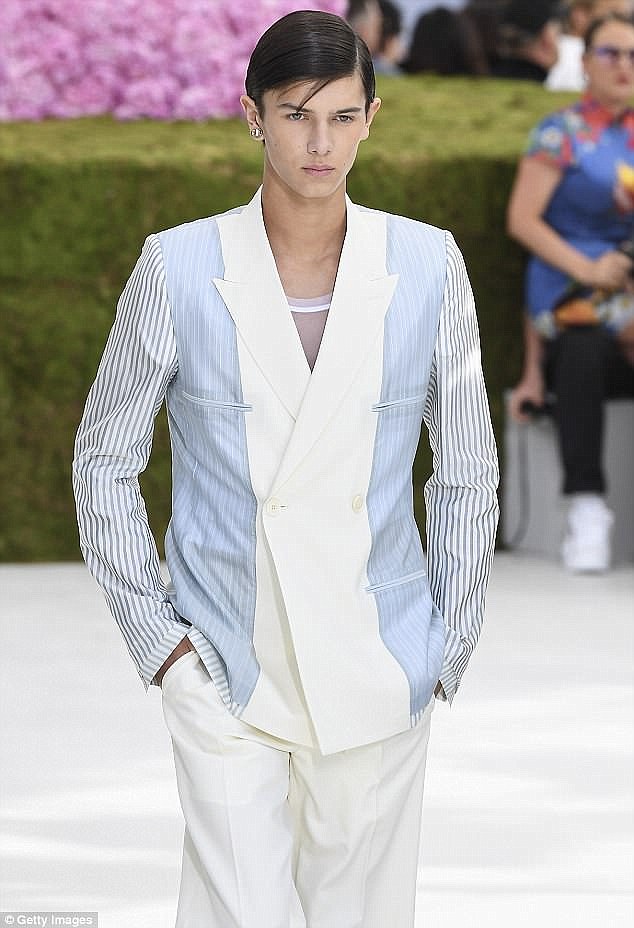 Nikolai signed a modeling contract with Scoop Models in Denmark, walking the catwalk for Dior Homme in Paris in June (above)

The couple have another child together, 15-year-old Prince Felix.

Earlier this summer, there appeared to be an awkward moment between Nikolai’s mother Alexandra, and his step-mother Marie when they both attended his graduation ceremony.

A clip appeared to show the two women jostling for position as they posed for a photo with Nikolai. 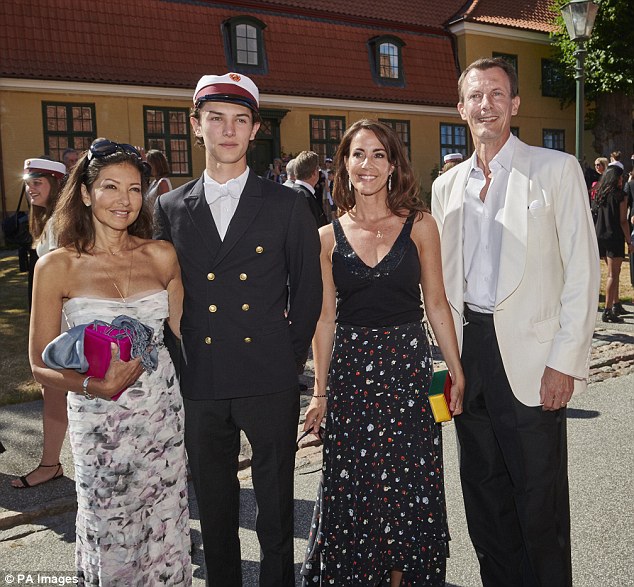 Social media users have been gushing over Nikolai as they wish him a happy birthday, describing him as ‘amazing’ and ‘handsome’