Princess Eugenie was forced to put her wedding plans on hold to make way for cousin Prince Harry’s nuptials according to new reports.

The Princess of York, 28, had reportedly planned to marry fiance Jack Brooksbank, 31, last year but the couple had to delay their nuptials so that ‘Harry could go first’ waiting to announced their engagement until January 2018.

A source close to the Princess told Vanity Fair: ‘It’s my understanding that Eugenie and Jack decided some time ago that they wanted to get married, and there was some talk about a wedding in 2017, but they had to wait for Harry to go first.’

The source added that the York family is keen for the focus to be on Eugenie on her wedding day.

They continued: ‘The feeling among the Yorks is that she deserves her moment in the spotlight and a big royal wedding with all the frills.’

But while the couple may have had to delay their wedding plans the source insisted that there are ‘no bad feelings’ towards the Duke and Duchess of Sussex.

It is now less than a month until the Princess of York marries Jack Brooksbank at St George’s Chapel in Windsor, where Harry and Meghan said their ‘I dos’, on October 12. 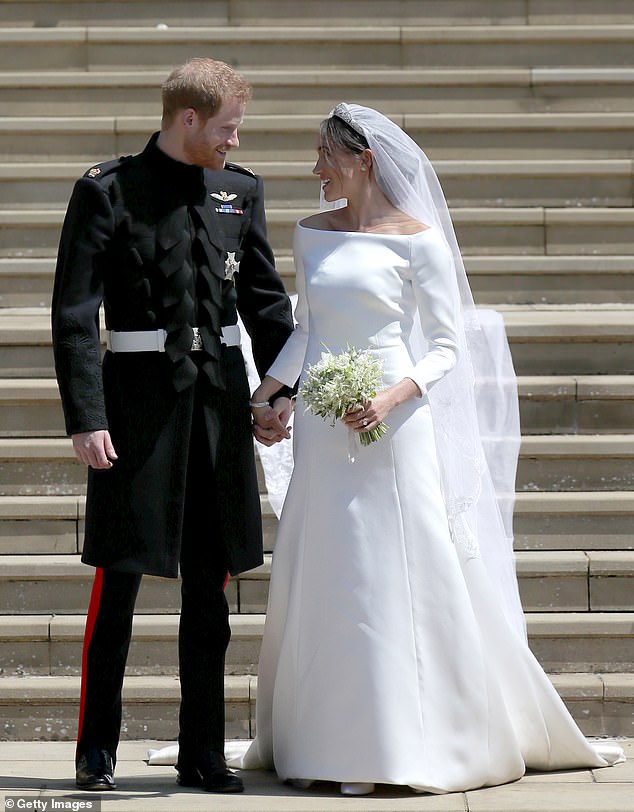 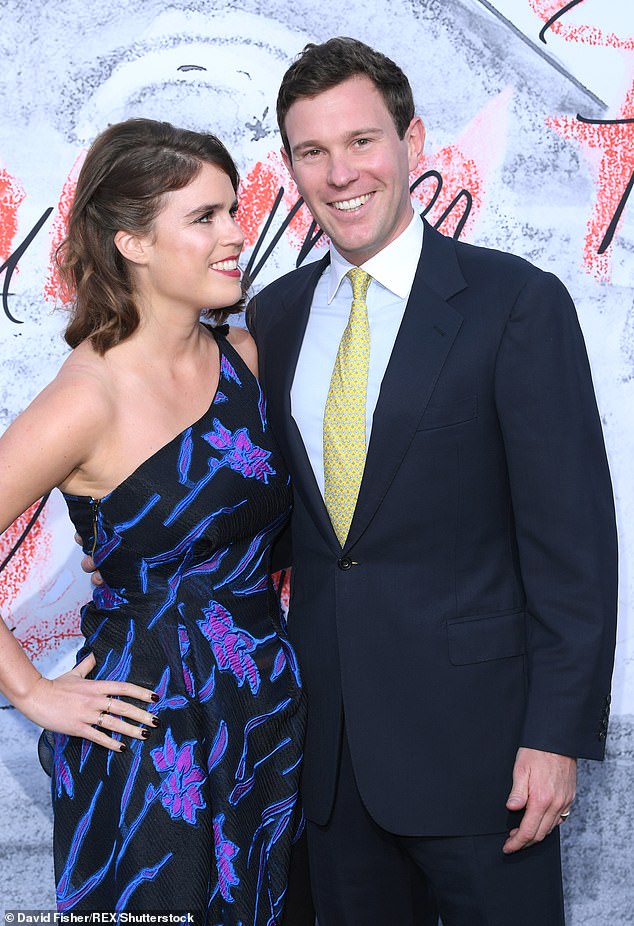 Jack and Eugenie are expected to be surrounded by a star-studded confirmation as they exchange vows before heading to Windsor Castle for the reception.

There’s expected to be some crossover with Harry and Meghan’s guest list, with Amal and George Clooney, James Blunt, Cressida Bonas, Elton John and the Beckhams predicted to attend their second royal nuptials of the year.

But Eugenie’s guest list is set to have an extra sprinkling of edginess in the form of a younger, cool crowd including Ellie Goulding, Cara Delevingne and Suki Waterhouse and modelling royalty Kate Moss and Cindy Crawford.

The engaged couple are said to have requested a more formal dress code than Harry and Meghan did for their big day.

The bride-to-be and fiance Jack are said to have requested men wear morning coats to the nuptials at St George’s Chapel, Windsor, on 12 October. 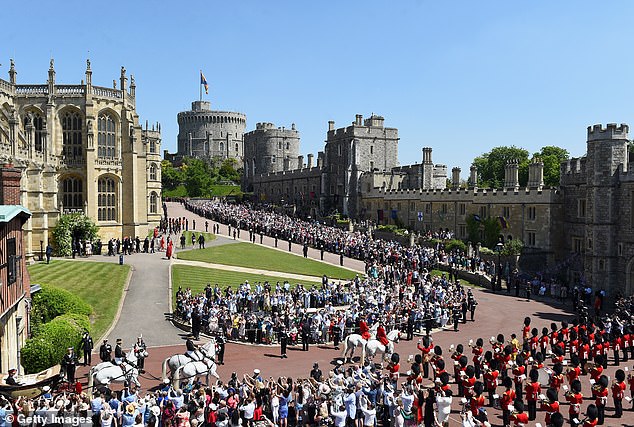 Jack and Eugenie will marry at St George’s Chapel in Windsor on October 12 – the same location as the wedding of the Duke and Duchess of Sussex. Pictured: Outside the chapel at the royal wedding in May

In contrast Harry and Meghan gave men the option of wearing a morning coat, military uniform or a more casual lounge suit to their wedding at the same venue in May. The Duke and Duchess of Cambridge offered guests the same choice in 2011.

The details are included on a purported copy of Eugenie and Jack’s wedding invitation which has been published by Vanity Fair.

The purported invitation is written in a similar printed font to the Sussexes’ and features almost identical wording.

It reads: ‘His Royal Highness The Duke of York K.G. and Sarah, Duchess of York request the pleasure of the company of [guest’s name] at the marriage of their daughter Her Royal Highness Princess Eugenie of York with Mr Jack Brooksbank at St George’s Chapel, Windsor Castle on Friday 12th October, 2018 at 11am followed by a reception at Windsor Castle.’

In the bottom left-hand corner is the address of the member of staff who will receive the RSVPs at Buckingham Palace.

In the bottom right-hand corner is the dress code: ‘Morning Coat/Day Dress with Hat’. The name of the invitation’s recipient has been blanked out by Vanity Fair.

Buckingham Palace declined to comment on whether the invitation is genuine.