A former Royal Marine suffering tinnitus from an bomb blast so bad it was like a constant ‘fog horn’ in his head has found relief thanks to a new IPOD-based therapy.

Harris Tatakis stumbled upon the treatment after setting up a Google Alert for the debilitating condition after a decade of suffering and finding no relief.

The 39-year-old was even forced to learn to lip read when he developed severe ringing in his ears after he drove over an Improvised Explosive Device (IED) in Afghanistan in 2007.

The explosion shattered his left leg, broke his right foot, ruptured both of his eardrums, caused brain damage and left him paralysed for two days.

Harri, from Cornwall, was relieved to discover Levo, a sound-based therapy played during sleep which targets the hearing centre of the brain to train it to get used to ringing or buzzing sounds.

He is believed to be the first UK veteran to benefit from the therapy which he says has allowed him ‘to function again as a human being’. 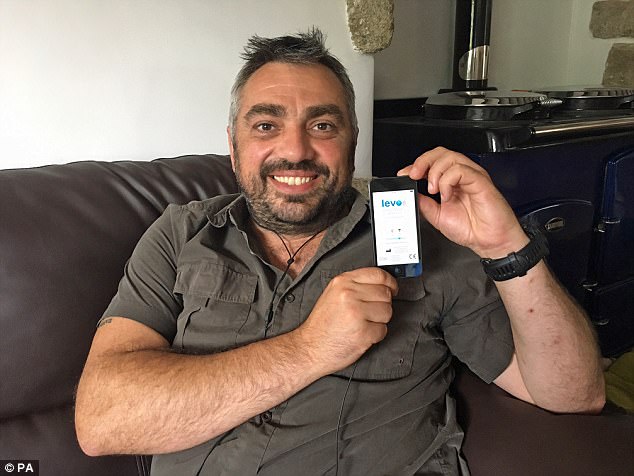 On April 3 2007, while with 42 Commando’s Lima Company, Harris was travelling in an armoured Land Rover which drove over an IED.

The blast was so strong he was found 35 metres away. He was then brought back to the UK for treatment at Selly Oak Hospital and Headley Court.

Harris, who joined the Royal Marines in 1998, continued to serve but was eventually medically discharged in 2011 when his symptoms became worse.

‘It was like a dentist drill or fog horn constantly going off in my head which I couldn’t get away from,’ he said.

‘I couldn’t tolerate people talking around me. Everything was horrendously loud and I couldn’t get away from it.

‘The tinnitus masks a lot of letters so it makes your hearing even worse, I had to learn to lip read to help me understand.

‘People would look at me and they’d say, ‘You’re fine, there’s nothing wrong with you’. I was really suffering.’ 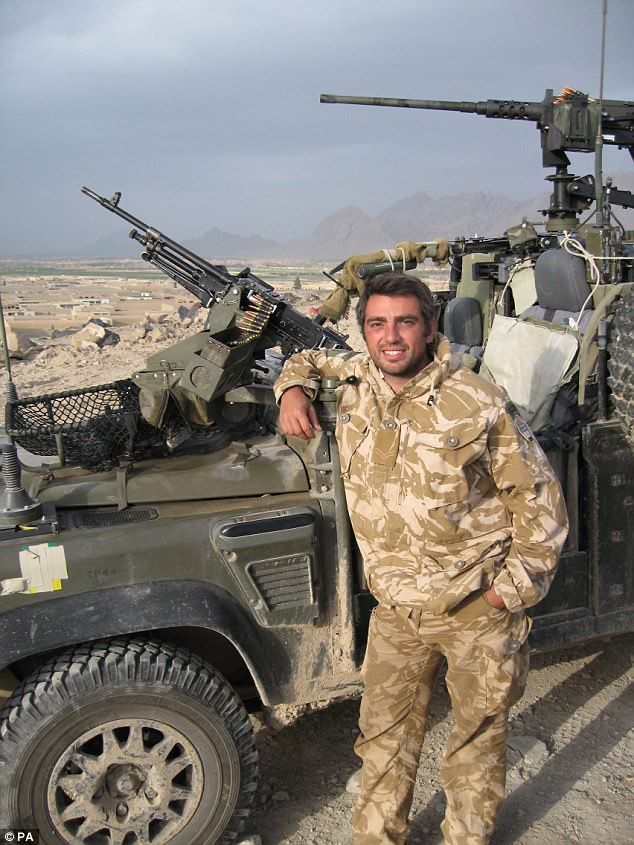 Tinnitus is the term for hearing sounds that come from inside your body, rather than from an outside source.

It’s often described as ‘ringing in the ears’, although several sounds can be heard, including: buzzing, humming, grinding, hissing and whistling.

In the UK, persistent tinnitus is estimated to affect around six million people (10 per cent of the population) to some degree, with about 600,000 (1 per cent) experiencing it to a severity that affects their quality of life.

Severe cases can be very distressing, affect concentration, and cause problems such as difficulty sleeping (insomnia) and depression.

There’s currently no single treatment for tinnitus that works for everyone.

Harris, who served with 3 Commando Brigade in Kosovo, twice in Iraq and twice in Afghanistan, receiving operational service medals, stumbled upon the therapy through a Google Alert for tinnitus.

HOW THE TREATMENT WORKS

Levo Therapy System for Tinnitus has been developed by Otoharmonics Corporation based in Portland, Oregon, USA.

It is an FDA cleared and CE approved sound-based therapy which works with the brain’s natural plasticity to help the brain get used to, or habituate, to the tinnitus sound within the hearing centre of the brain.

Essentially, it trains the brain to reduce the perceptual loudness and annoyance of the tinnitus signal.

It is designed for patients who have atonal tinnitus or tinnitus that is very high or very low in pitch (<200Hz or >10000Hz).

Levo is used during sleep when our brains are more prone to be responsive to sound therapies that strive to change brain activity patterns.

Studies have found the therapy to be beneficial. In 2015, a paper published in the International Journal of Audiology reported it brought a reduction in the intensity of symptoms which had a ‘direct improvement’ on patients’ quality of life.

In 2010, research published in International Tinnitus Journal found it provided relief from symptoms, sometimes within as short a period of time as 30 days.

Levo works through an iPod to deliver a personalised sound that stimulates the hearing part of the brain while a patient is sleeping.

It aims to teach the brain to ignore the hissing or buzzing associated with tinnitus and reduce its loudness and annoyance.

During sleep our brains are said to be more prone to be responsive to sound therapies that strive to change brain activity patterns.

Harris, who attends the Tinnitus Centre in Bristol, successfully applied for a Royal British Legion grant to cover the cost of his treatment and started it in January.

He said the US-developed treatment, as well as desensitisation therapy, has reduced his symptoms to a level that he is able ‘to live with’.

‘I’m getting my confidence back and I feel like I’m part of society again,’ he said.

‘Beforehand I would come up with excuses not to see friends simply because I was so uncomfortable in my own skin.

‘I didn’t want my Marine friends to see me in this state. I just wanted to shut myself away.’

Haris’s treatment is being funded through the Veterans Hearing Fund. managed by The Royal British Legion.

The fund is part of the five-year Veterans Medical Funds, which use £13million of Libor rate-fixing fines released by the Government.

‘When I went into it I knew there was no guarantee that it would work, but because of how I was living day to day, I had to try something,’ he said.

‘I had nothing to lose so I knew it couldn’t get any worse. I was desperate. 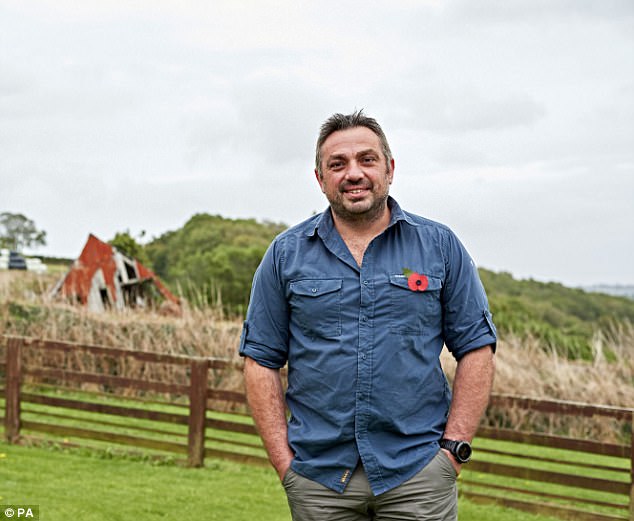 ‘The Royal British Legion is out there supporting me by paying for the treatment, and I’d encourage anyone in my position to make the most of the help.

‘The Legion is here for us whether we’re young or old and that’s a wonderful thing.

‘People suffer in silence because they don’t know where to go.

‘The NHS couldn’t help me to the degree I needed so I looked elsewhere and I’m eternally glad I did.’

CAUSES OF TINNITUS AND TREATMENTS

Tinnitus is often associated with:

However, around one in every three people with tinnitus doesn’t have any obvious problem with their ears or hearing.

If an underlying cause of your tinnitus can be found, effectively treating it may help improve your tinnitus – for example, removing a build-up of earwax might help.

If a specific cause can’t be found, treatment will focus on helping you manage the condition on a daily basis. This may involve: