A Royal Navy warship has seized three tonnes of cannabis from a boat in the Persian Gulf.

HMS Dragon uncovered the massive haul – spread between 148 bags – on a dhow boat in a stretch of water known as the ‘Hash Highway’ because of its use by drug smugglers.

Naval commanders believe profits from the huge shipment would have been used to fund terrorism. 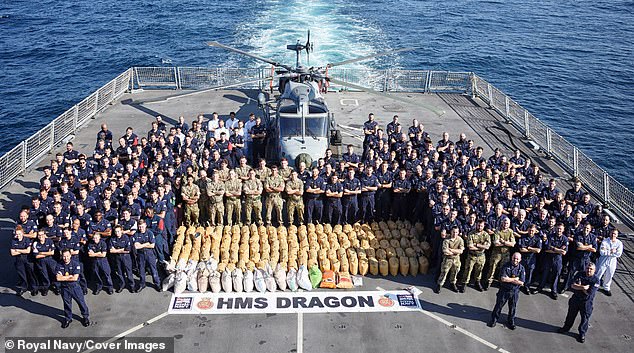 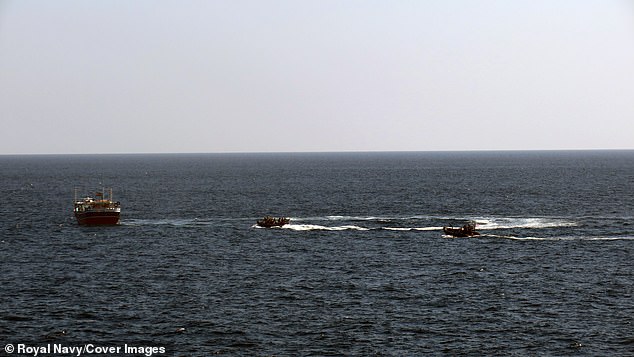 Footage from the warship shows sailors in masks forming a human chain to transfer the seemingly endless number of bags from a speedboat into a safe in the ship’s hold.

The Navy says the interception is ‘one of the most significant drugs busts in the Gulf this year’.

A spokesman said: ‘The Portsmouth-based Type 45 destroyer was on patrol in the Middle East when they came across a suspicious dhow – a type of vessel common to the Middle East – in a notorious drug smuggling route known as the “Hash Highway”.

‘Sailors and Royal Marines from HMS Dragon launched their fast boats to intercept and board the vessel, before conducting a painstaking search of its compartments.They ultimately found 148 bags of hashish, weighing around 3,048kg.’

‘The success of HMS Dragon’s seizure is the latest blow struck to this nefarious industry.’ 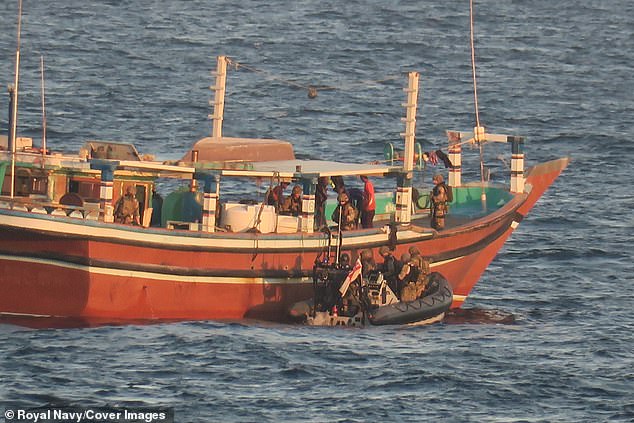 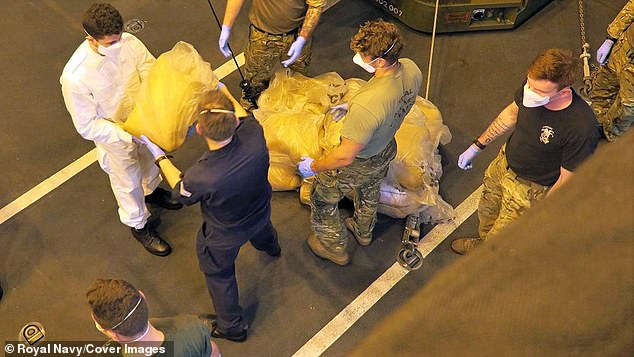