The Duchess of Sussex opted for her third outfit by Melbourne designer, Martin Grant, for her meeting with the Tongan Prime Minister on Friday.

The $1,595 (GBP £881) striped cotton green dress comes from Martin’s resort 2019 collection, and follows Meghan Markle wearing one of the designer’s trench coats twice already on her royal tour and another of Martin’s dresses on Bondi Beach.

The Duchess of Sussex (pictured with Prince Harry) opted for her third outfit by Melbourne designer, Martin Grant, for her meeting with the Tongan Prime Minister on Friday 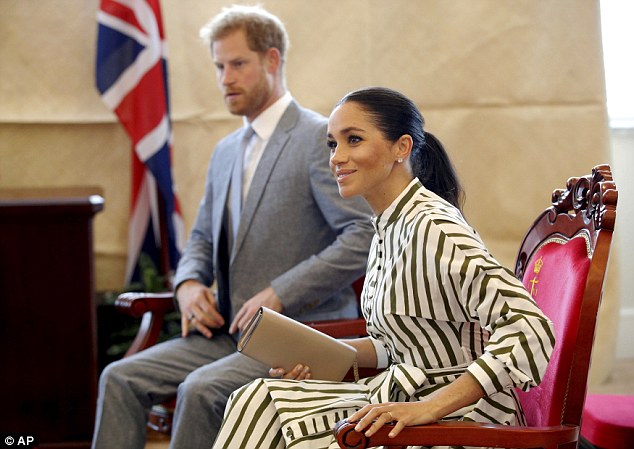 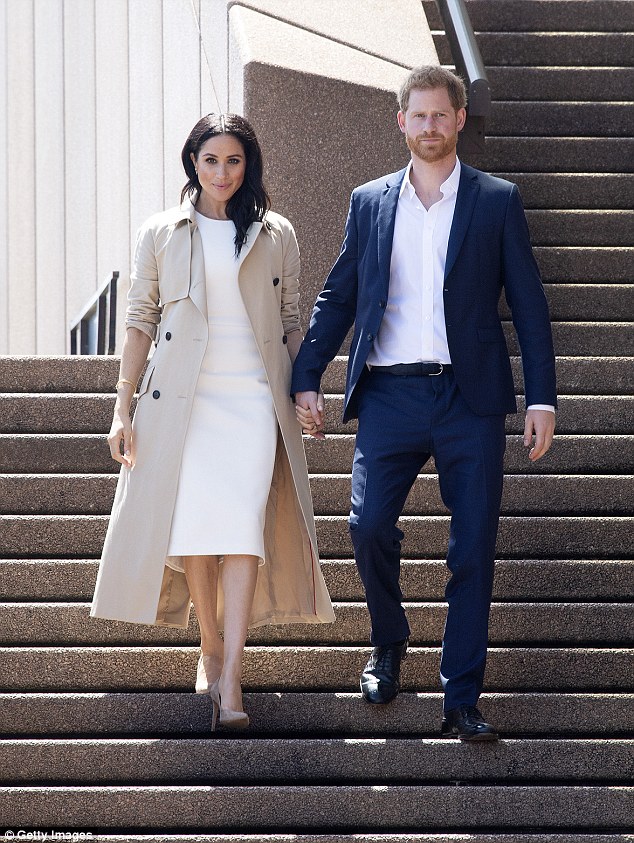 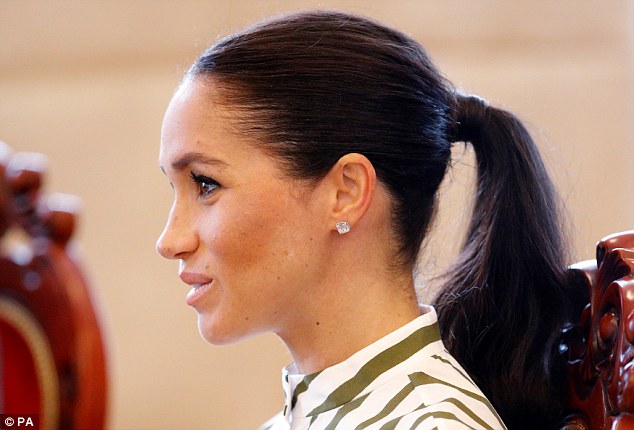 Meghan wore the neat ponytail she has favoured on tour, as well as the Birks Bee Chic earrings (pictured) 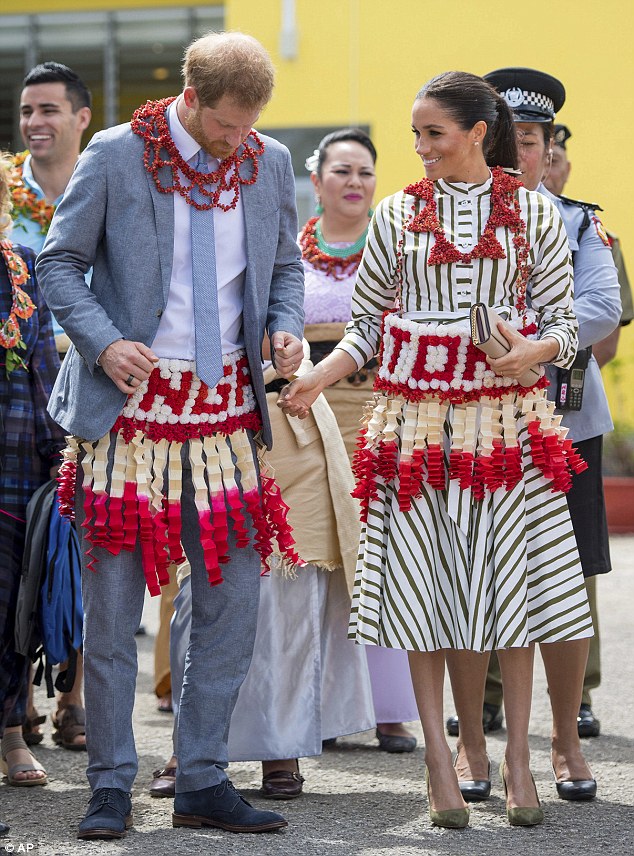 Meghan completed the outfit with the same chic ponytail look she has favoured several times on tour, and green suede stilettos by Manolo Blahnik.

The dress is sure to quickly become a sellout, after Meghan wore other pieces by the designer to similar effect.

She previously wore Martin’s trench coat both in Sydney and in Melbourne last week, and then returned to the label when she arrived at Bondi Beach on Friday, putting the 52-year-old designer well and truly on the mainstream fashion map.

The Australian brand boasts a laundry list of celebrity clients including Cate Blanchett, and Blake Lively and Cameron Diaz, as well as international royals like Queen Rania of Jordan who is a long time fan of the brand. 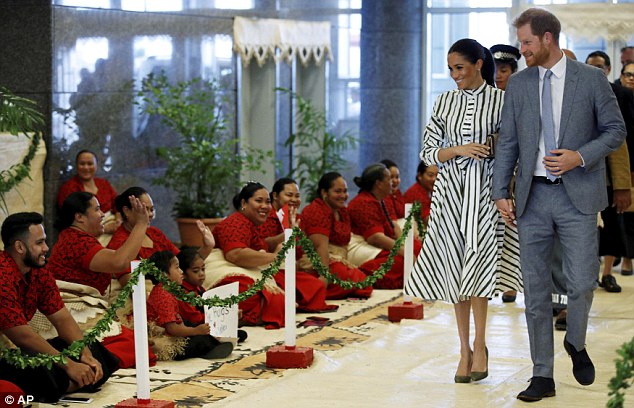 Meghan finished off the outfit with Prada’s $2,640 Bibliothèque Bag and her Birks earrings (pictured with Prince Harry) 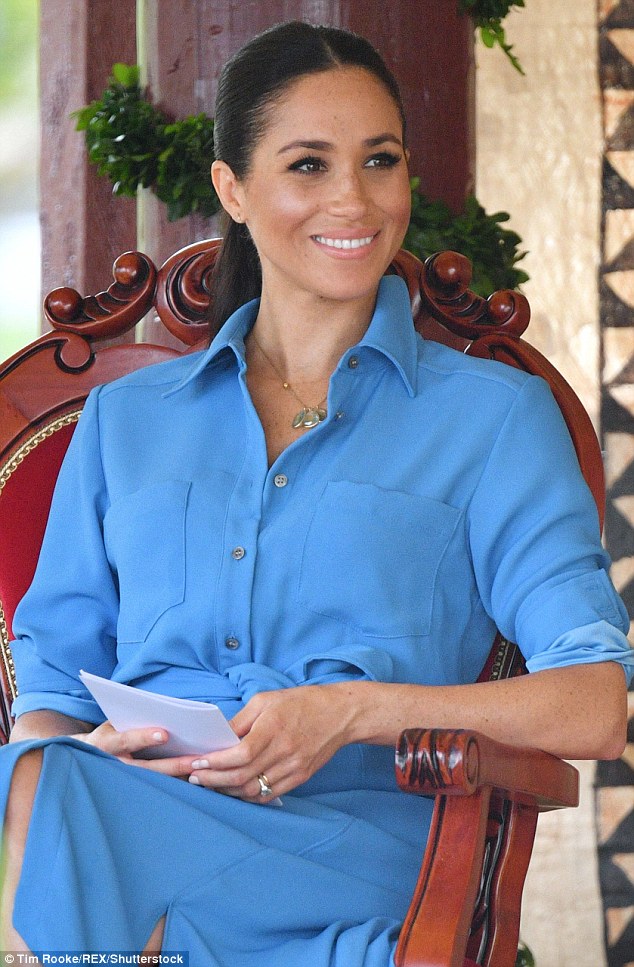 Meghan later changed into the Cary dress by Veronica Beard, which retails for $595 (pictured), for her visit to Tupou College 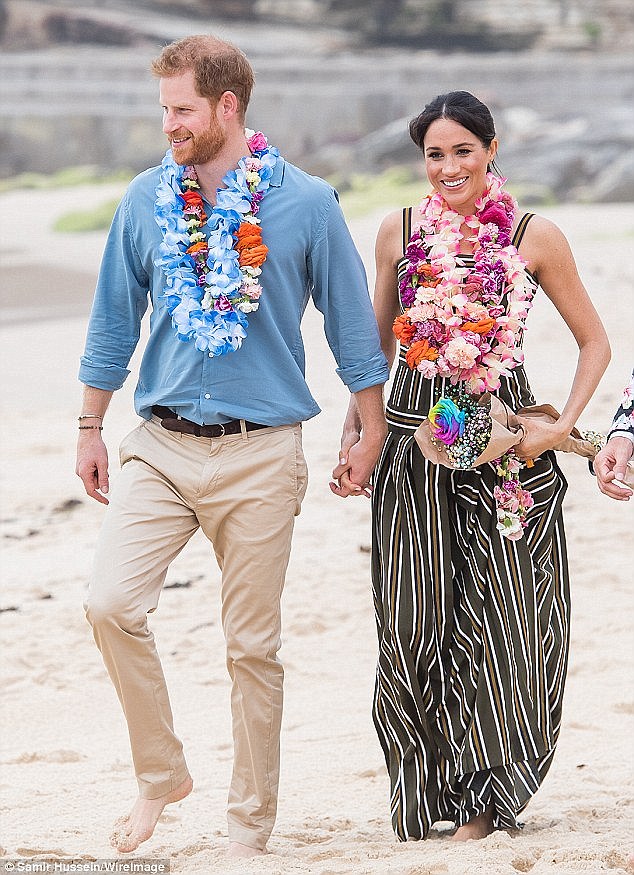 While Meghan has recycled and re-worn several pieces on tour, Martin Grant is the only label that she has returned to in order to wear another design.

Meghan later changed into the blue ‘Cary’ dress by US label, Veronica Beard, which retails for $840 (GBP £463), for the royals’ visit to Tupou College. 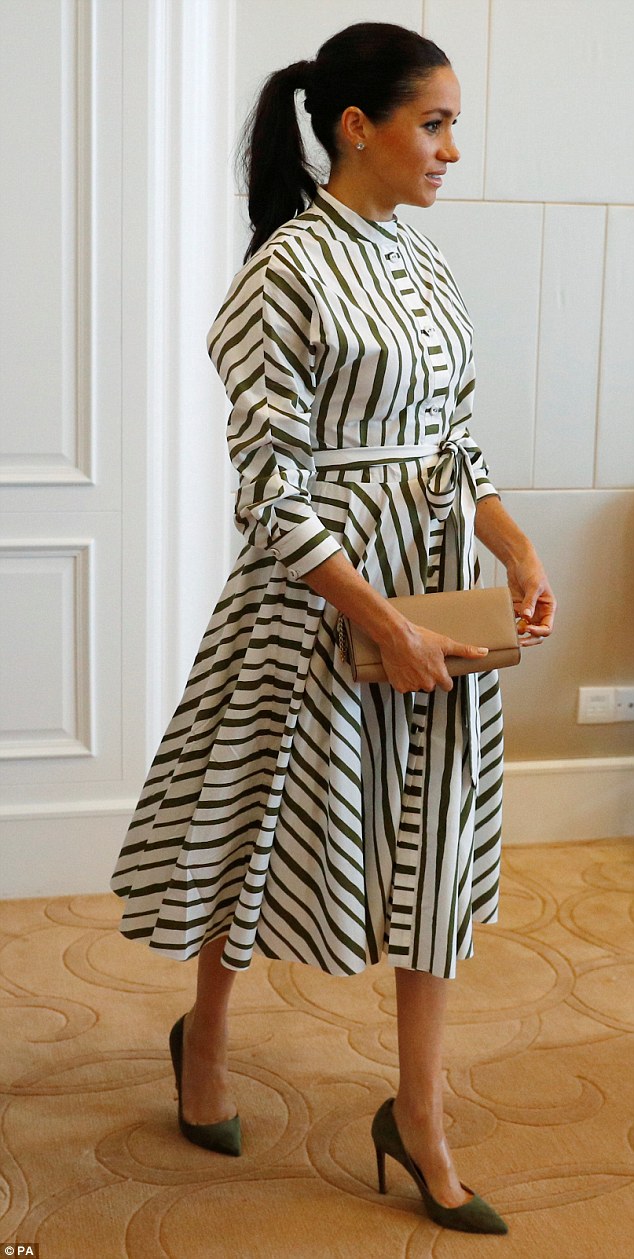 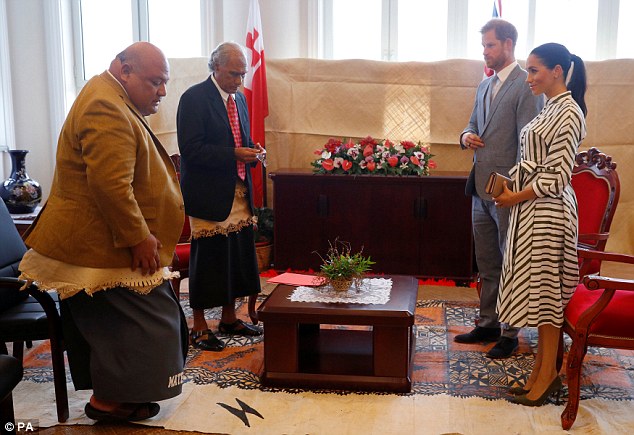 The Duke and Duchess have another busy day ahead of them, as they met with Tonga’s Prime Minister, before attending an exhibition and later flying back to Sydney

On Friday, the Duke and Duchess are set to meet with Tonga’s Prime Minister, before they attend an exhibition with The Princess Angelika at the Faonelua Centre.

They are then set to travel to Tupou College, before an official farewell at the Royal Palace with the King.

Finally this evening, Prince Harry and Meghan Markle will fly back to Sydney to attend the Australian Geographic Society Awards.