Inner-city residents deafened by the construction of an underground highway were given noise-cancelling headphones by contractors to keep quiet about the noise.

Neighbours in Rozelle in Sydney’s inner-west were given the $600 Bose headphones after complaining about the noise disruption from the motorway interchange being built beneath their homes.

Waterloo Street resident David Anderson described the noise from the works, which is part of the city’s $3.9billion WestConnex project, as a ‘roaring, rolling thunder’.

But when he and his neighbours complained to contractor John Holland CPB about the issue, Mr Anderson received only two pairs headphones for him and his son and a letter asking him not to seek compensation from the company.

Pictured: The Westconnex Rozelle interchange construction site. Residents living above the highway project claim they were given noise-cancelling headphones by contractors to keep quiet about the noise coming from the works

The confidentiality agreement also asked residents not to discuss receiving the headphones publicly.

The letter said the headphones were not ‘an admission or agreement of any kind by JHCPB that the resident is entitled to any compensation for the inconvenience caused by the project’.

‘I bet they’re highly embarrassed by it because I’m sure they didn’t think a confidentiality agreement like that would be made public,’ resident Mark Wallis told 9News.

‘They’ve chosen the wrong street to do that in,’ another neighbour said.

Mr Anderson’s home is only 16 metres above a set of road tunnels being dug into the ground as part of the Rozelle interchange, which will link Sydney’s M4 and M5 tunnels. 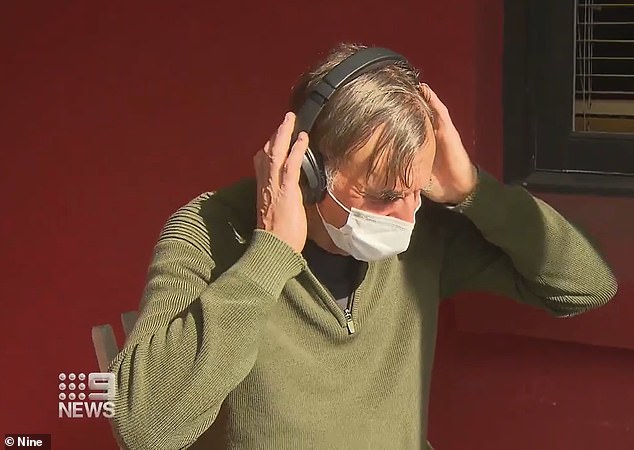 He said the noise from the project was so strong he could hear it at all hours of the night.

‘You hear it at 2am, and 4am. When it gets going it’s like this really guttural, rolling thunder and then it stops, and 10 minutes later it starts again,’ he said.

He said he would keep the headphones but would not agree to the contractor’s terms.

Next week, residents on the street will face further disruption when their road is dug up so cables can be laid for the Metro West rail project. 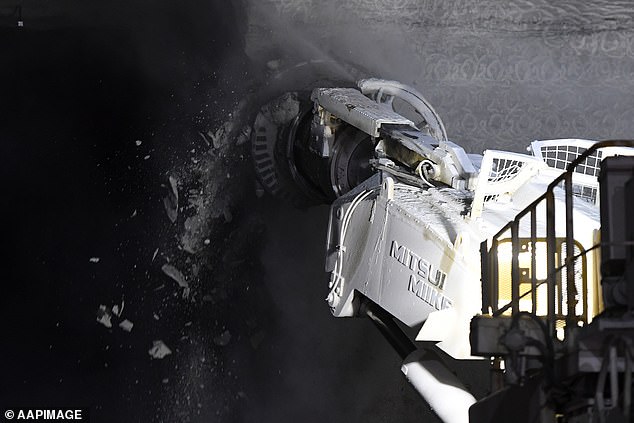 Work is pictured on the WestConnex M4 tunnel at Concord in Sydney’s inner-west.  Mr Anderson’s home is only 16 metres above a set of road tunnels being dug into the ground as part of the Rozelle interchange

Transport for NSW executive director Paul McCormick said the issue was ‘not communicated to the best that we could’.

‘Our teams go and speak to the residents every day on these projects and all I ask is the residents speak to my community team and we will work with them to come up with solutions,’ he said.