An animal welfare group has pleaded with Australians to wake up and stop condemning their dogs to horrible deaths and gruesome injuries by leaving them in cars on hot days.

RSPCA inspectors in South Australia were called to rescue three dogs from inside hot cars as temperatures rose into the mid-30s last weekend.

The animal welfare group has now launched a website named after the scarily fast amount of time it takes for a dog to die from heat stroke inside a hot car called  ‘just six minutes’ to raise awareness.

Dogs become distressed with heat stroke so quickly when the air temperature inside a car rises because they don’t sweat.

One estimate says that the temperature inside a car on a sunny 20 degree day can double in under 10 minutes, and rise to 60 degrees within 30 minutes. 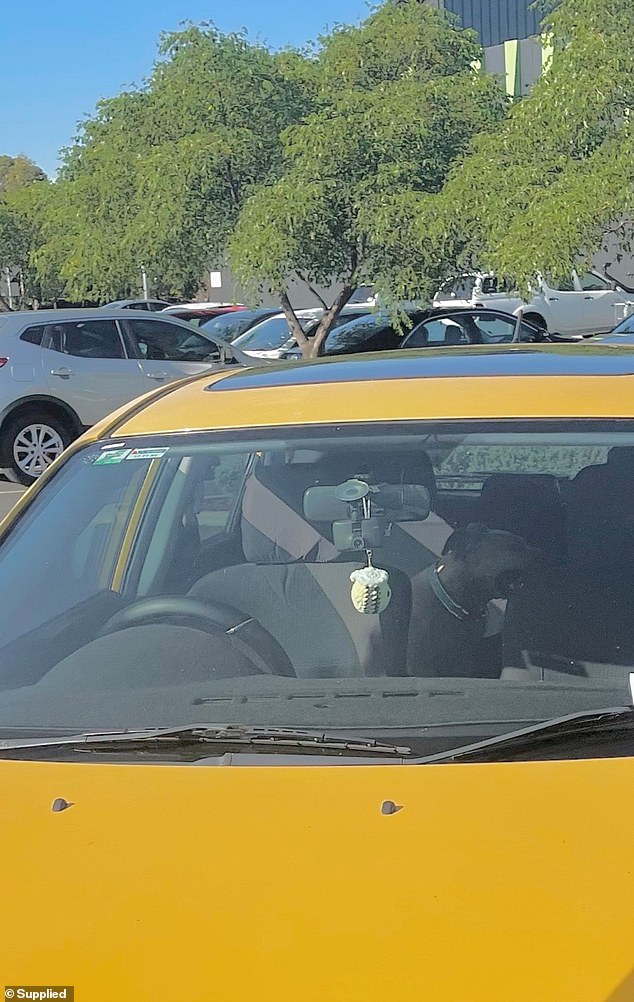 RSPCA inspectors in South Australia were called to rescue three dogs from inside hot cars as temperatures rose into the mid-30s last weekend – but with the mercury climbing, this is an Australia-side problem

RSPCA South Australia chief inspector Andrea Lewis told Daily Mail Australia that a dog stuck inside a car in anything over 25 degrees, especially in direct sunlight,  is at risk.

‘The message is do not leave your dog in a hot car, it takes six minutes for a dog to die in a hot car,’ Ms Lewis said.

‘We’ve come across situations where owners have gotten home and put the shopping away and and forgotten the dog is in the car, then gone back later to find it dead.

‘There’s no intent involved, but the results of just forgetting about the dog are tragic.’

Adelaide is set to hit 35 on Saturday and Perth will reach the mid-30s next week. Sydney and Brisbane are both forecast to reach 31 on Monday. 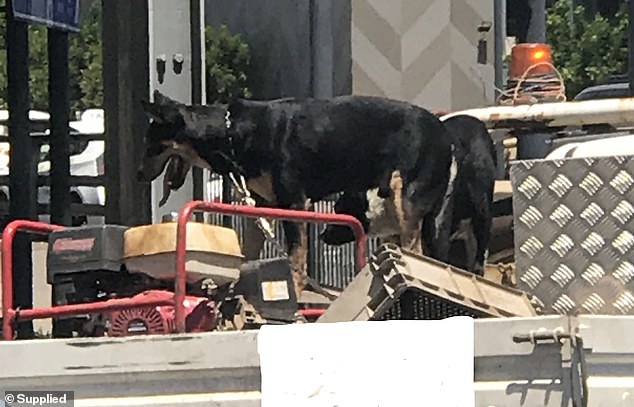 The warnings were also extended to tradies – or anyone – who leaves their dog tethered to a ute on a hot day. The metal trays become ‘like a BBQ’, burning dogs’ paws and bellies 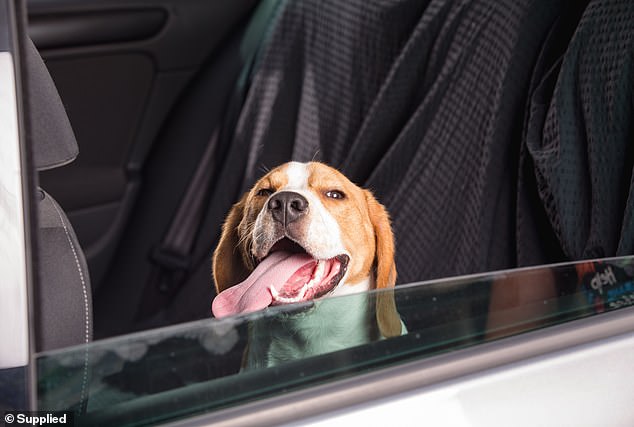 Ms Lewis described dogs dying in cars as an Australian problem, not one just linked to any state or town.

Why so many dogs suffer from heat stroke

Dogs don’t sweat, except to a minor degree through their foot pads, so they can’t tolerate high environmental temperatures.

They use panting as a way to exchange warm air for cool air.

But when the air temperature is close to the dog’s body temperature, cooling by panting isn’t efficient.

This is when heat stroke can occur.

In September 2019, the Queensland Government amended laws to make it illegal to leave an animal in a car in temperatures that could cause it harm.

The move followed a horror year in which RSPCA Queensland attended 1321 cases of dogs locked in hot cars.

Ms Lewis said the efforts many people make to keep their dogs are not enough.

‘People think tinting, or parking in the shade, or leaving window open makes it ok, but it doesn’t stop the temperature heating up significantly inside the car,’ Ms Lewis said.

‘It doesn’t hep the air circulation in the car on a still hot day when it is 30 plus degrees outside.

‘If you’ve ever tried to sit inside a car on a very hot day you’ll know, after about two minutes later everyone piles out of the car.

‘It can be very distressing, so why would it be any different for dogs?’

‘The water heats up as quickly as the the air temperature,’ she said.

‘We’ve often rescued dogs and found there’s a container of water on the floor and its hot. A bit of water won’t help once the temperature gets to 60 degrees inside a car.’

Ms Lewis said unless an owner can keep their dog with them at all times, it’s best to leave them at home on a hot day, in a place they can find shade.

‘If you’re going for a drive and you don’t intent to stop and you have air conditioning there’s no harm, but you should never, ever leave dog unattended in the car on a hot day.’

Where harm to a dog can be proven, under SA’s Animal Welfare Act, the maximum penalty is $20,000 or two years in jail.

For an aggravated cruelty offence, the maximum penalty is $40,000 or four years imprisonment.

The warnings were also extended to tradies – or anyone – who leaves their dog tethered to a ute on a hot day.

‘Everyone’s seen the dog on the back of a ute, but the steel trays literally become like a BBQ plate for the dogs feet,’ she said. 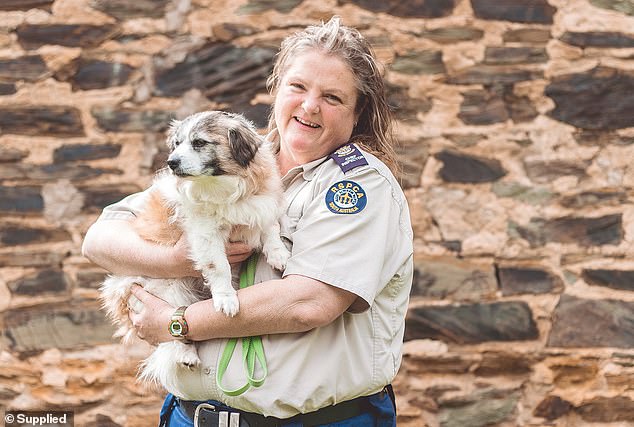 ‘The dog has no way of getting off that extremely hot surface so they can suffer really bad damage, deep burns to paws and even their bellies…’

She said certain dogs are more susceptible to dying too.

These include dogs that are elderly, overweight and/or have long thick coats.

Flat-faced of ‘Brachycephalic’ breeds, which suffer suffer Brachycephalic Obstructive Airway Syndrome (BOAS), are at a high risk too.

‘Breeds like bulldogs, boxers and pugs are at an especially high risk because of already compromised breathing,’ Ms Lewis said.

The RSPCA advises anyone who spots a dog suffering inside a hot car to immediately call the local RSPCA.

If you cannot reach the RSPCA, call police on 000.Write down car’s make, model and license plate number.

If you have a mobile, take a photo of the vehicle and the dog.

If car is parked in a carpark, have the owner paged at nearby places (ie: shops, gyms, cafes/restaurants, pubs).

If car is parked in a residential street, door-knock nearby houses to locate owner.