A disgusting video showing a builder biting a pigeon’s head off while it’s still alive has been released by the RSPCA.

The clip, which appears to have been filmed on a building site, shows the man hitting the bird from its nest with a stick while saying ‘come to daddy’.

He then grabs the distressed bird and rips its head off with his teeth before spitting it out.

He keeps hold of the bird by the feet as it continues to flap before posing and growling as blood drips down his chin.

The builder then throws the decapitated pigeon, whose wings are still moving, to the ground and says: ‘It s*** on me when I did that.’

Before the video ends he picks the bird’s body back up and pretends to lick its wounds. 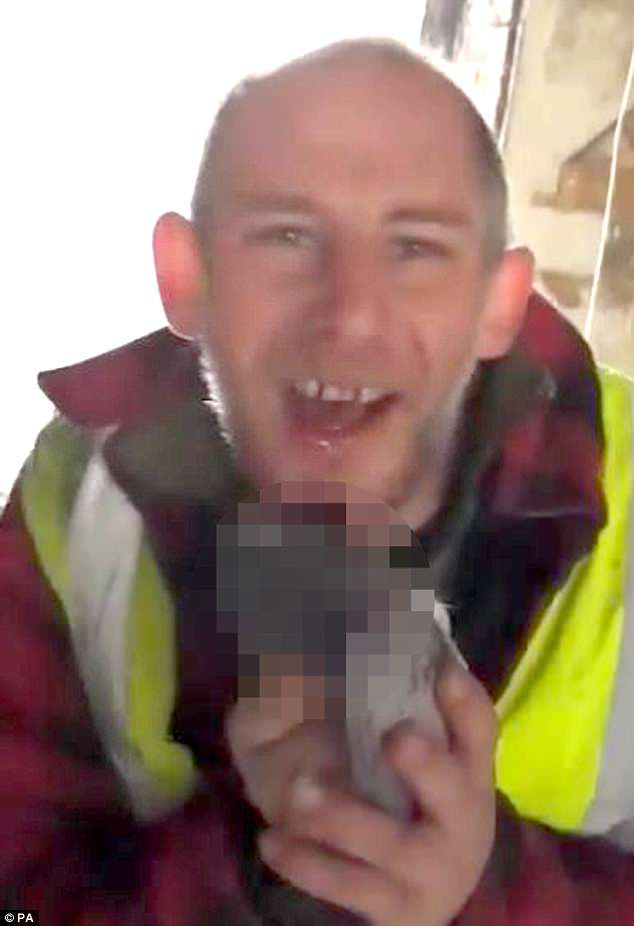 His friends can be heard laughing in the disturbing footage believed to have been filmed in the North of England or Wales.

The RSPCA says the bird would have been subjected to ‘unimaginable’ suffering.

Dermot Murphy, assistant director of the RSPCA inspectorate, said: ‘This is a deeply shocking, disturbing and distressing video, appearing to show a man biting the head off a live pigeon.

The clip, which appears to have been filmed on a building site in the North of England or Wales, shows the builder grabbing the distressed bird and biting its head off before spitting it across the room

‘If what this video seems to show is accurate, the pain and suffering caused to the pigeon is likely to have been unimaginable.

‘Biting the head off a pigeon is likely to constitute an offence under the Animal Welfare Act 2006.

‘We’re very eager for information identifying the individual involved, or providing related background, to be brought to our attention as a matter of urgency. 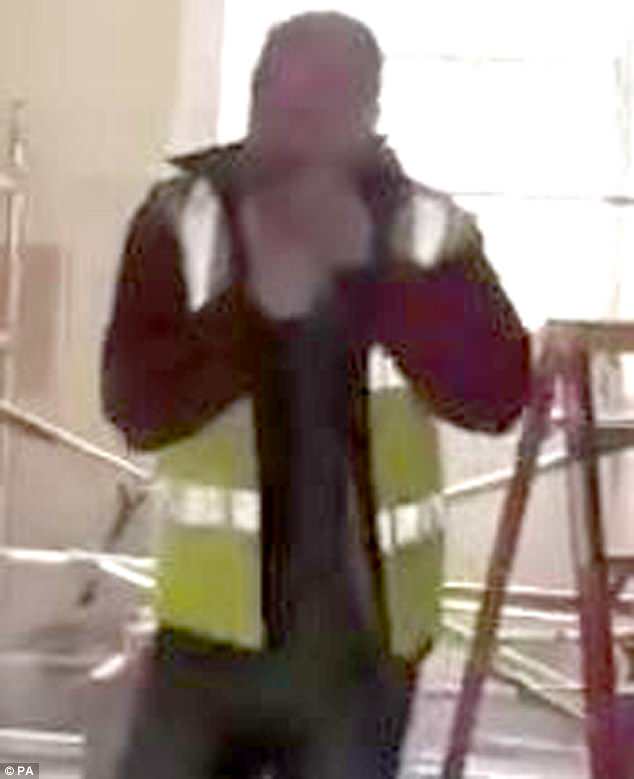 The RSPCA said: ‘Biting the head off a pigeon is likely to constitute an offence under the Animal Welfare Act 2006’

‘It has been suggested to us that the incident may have links to either the North of England or Wales.

‘However, we are eager for any information which could assist with our inquiries on this serious matter.’

Anyone with information is asked to call the RSPCA’s inspectorate appeal line on 0300 123 8018.