Florida Republican Sen. Marco Rubio resisted claims of FBI ‘spying’ on Donald Trump’s campaign – and defended investigations of people who are ‘suspicious’ like those with Russia ties.

His comments come after President Donald Trump has launched an all-out attack on the FBI, charging it with spying on his campaign at the direction of Hillary Clinton and Democrats, without providing evidence.

‘What I have seen is evidence that they were investigating individuals with a history of links to Russia that were concerning,’ Rubio told ABC’s ‘Meet the Press’ on Sunday.

Rubio, who was derided by candidate Trump as ‘little Marco’ during the campaign but has nevertheless gone on to support much of his agenda, even said the FBI ‘should’ look at people it considers suspicious when they are around a campaign.

‘What I have seen is evidence that they were investigating individuals with a history of links to Russia that were concerning,’ Florida Sen. Marco Rubio told ABC’s ‘Meet the Press’

‘As far as what I have seen to date, it appears that there was an investigation not of the campaign, but of certain individuals who have a history that we should be suspicious of, that predate the presidential campaign of 2015, 2016,’ Rubio said.

‘And when individuals like that are in the orbit of a major political campaign in America, the FBI – who is in charge of counterintelligence investigations – should look at people like that,’ Rubio added.

He also contested the Trump argument that the FBI was spying on the campaign itself – something the president has repeatedly implied.

Without naming names, Rubio also said the people being investigated were’ individuals with a history of links to Russia that were concerning’.’ 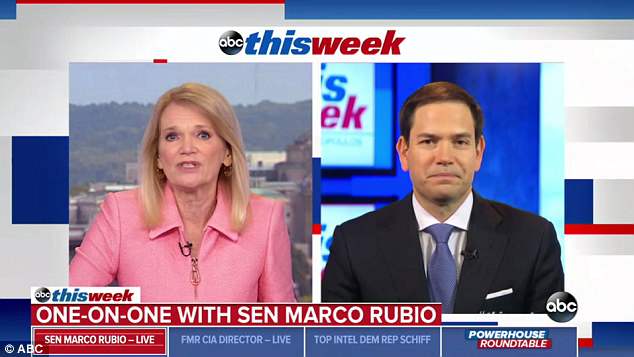 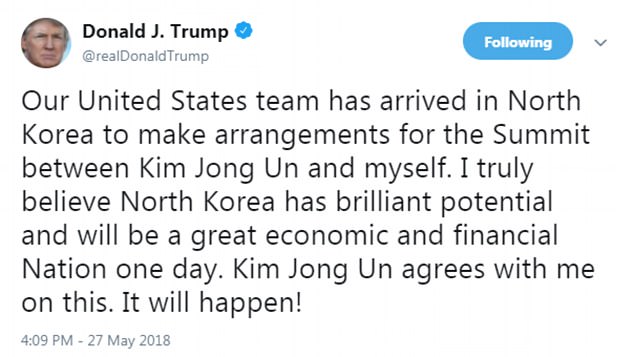 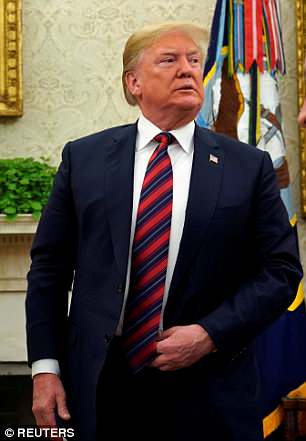 An FBI informant has been revealed to have made contacts with Trump campaign advisor Carter Page, who had a history of Russia contacts, George Giannopoulos, who was told the Russians had dirt on Hillary Clinton, and Sam Clovis.

Rubio also told CBS ‘Face the Nation’ he hadn’t seen evidence of spying, while while allowing it could have happened.

‘I haven’t seen any yet but maybe there is, and if it’s there, we’ll find it and we want to know about it.’

Hours after Rubio’s appearance, Trump took to twitter to blast President Obama for failing to respond to ‘so-called’ Russian meddling.

‘Why didn’t President Obama do something about the so-called Russian Meddling when he was told about it by the FBI before the Election? Because he thought Crooked Hillary was going to win, and he didn’t want to upset the apple cart! He was in charge, not me, and did nothing.’