Holidaymakers on-board the ill-fated Ruby Princess cruise have claimed passengers were ‘sneezing all over each other’ and thought they were safer on the vessel than on land.

The Ruby Princess became the largest source of COVID-19 infections in Australia, with more than 600 cases and 15 deaths linked the to the cruise.

The ship docked in Sydney Harbour on March 19 and more than 2,600 passengers were allowed to disembark without adequate health checks.

The Australian finance broker said the virus rapidly spread across the vessel because lax passengers failed to follow good hygiene.

‘People were selfish and thought they were safe being away on a boat,’ she said.

The ship (pictured at Port Kembla on April 6) docked in Sydney Harbour on March 19 and more than 2,600 passengers were allowed to disembark without adequate health checks

‘At the end of the day, we knew what was going on around the world. We knew how quickly it spread in ships,’ Ms Hunt said.

Upon disembarking in Sydney, Ruby Princess passengers were given a leaflet advising they would need to self-isolate for two weeks.

The cruise – which is now docked at Port Kembla, south of Sydney – is under investigation by police.

‘The only way I can get to the bottom of whether our national biosecurity laws and our state laws were broken is through a criminal investigation,’ NSW Police Commissioner Mick Fuller said 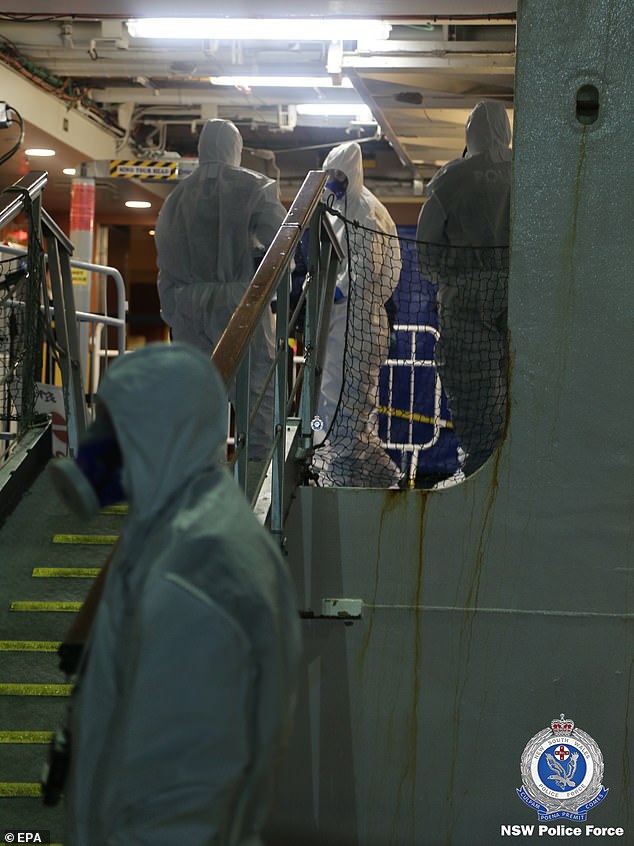 The cruise is under investigation by police. A team of 30 detectives from state crime, counter terrorism and marine area command are investigating the communications and actions which led to the docking and disembarking of the vessel