Ruby Rose hits back at trolls over hurricane donation

She was trolled online after donating $10,000 to a LGBT centre in Houston to help victims of Hurricane Harvey.

And on Wednesday Orange Is The New Black star Ruby Rose, 31, hit out at trolls who accused her of singling out one group and called her ‘a disgusting human being’.

Defending her donation, Ruby fired back: ‘It is one of the most inclusive organizations I can think of. It is not as though they check how gay you are on entry.’

Trying to help: Though she was attempting to lend a hand to those in need, Ruby’s actions didn’t go down well with some people

Ruby, who is in a same-sex relationship with singer Jessica Origliasso, hit back at the criticisms by sharing screenshots of the insults and explaining that the centres don’t just assist people who identify as LGBT.

‘I don’t agree with the wording or personal attacks but I can understand the confusion if you are not aware of what these centers do,’ the star posted next to an image containing more detail about the organisation.

She explained: ‘The LGBT center does not just help LGBT members in a crisis like, it does not discriminate people in need based on gender, sexuality, race or religion. 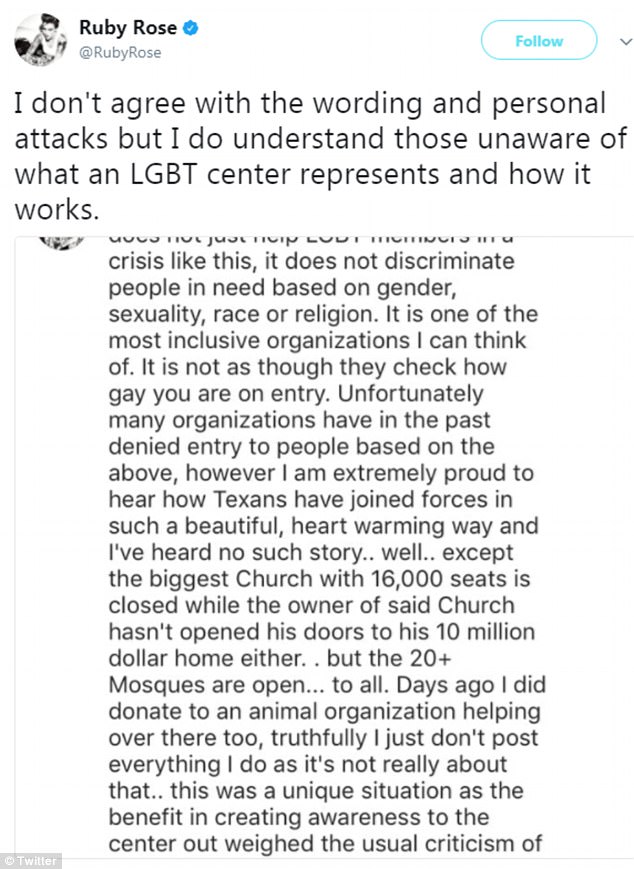 Hitting back: Sharing a lengthy post, Ruby explained the centre doesn’t just assist those who identify as ‘LGBT’ 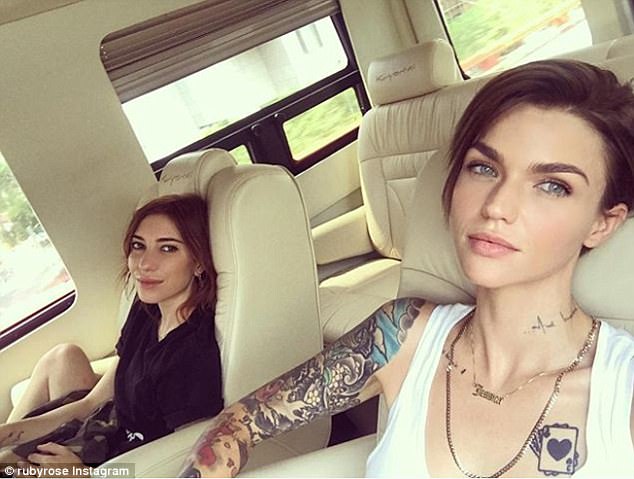 Fighting words: Ruby, who is in a same-sex relationship with singer Jessica Origliasso (left), hit back at the criticisms by sharing screenshots of the insults

‘It is one of the most inclusive organizations I can think of. It is not as though they check how gay you are on entry.’

Ruby is among several high-profile media personalities who have pledged support to victims of Hurricane Harvey, which has so far killed 30 people and displaced thousands in Texas.

The controversy started when Ruby shared a post by American musician Jack Antoff who promised to match any donations to the LGBT centre in Montrose, Houston. 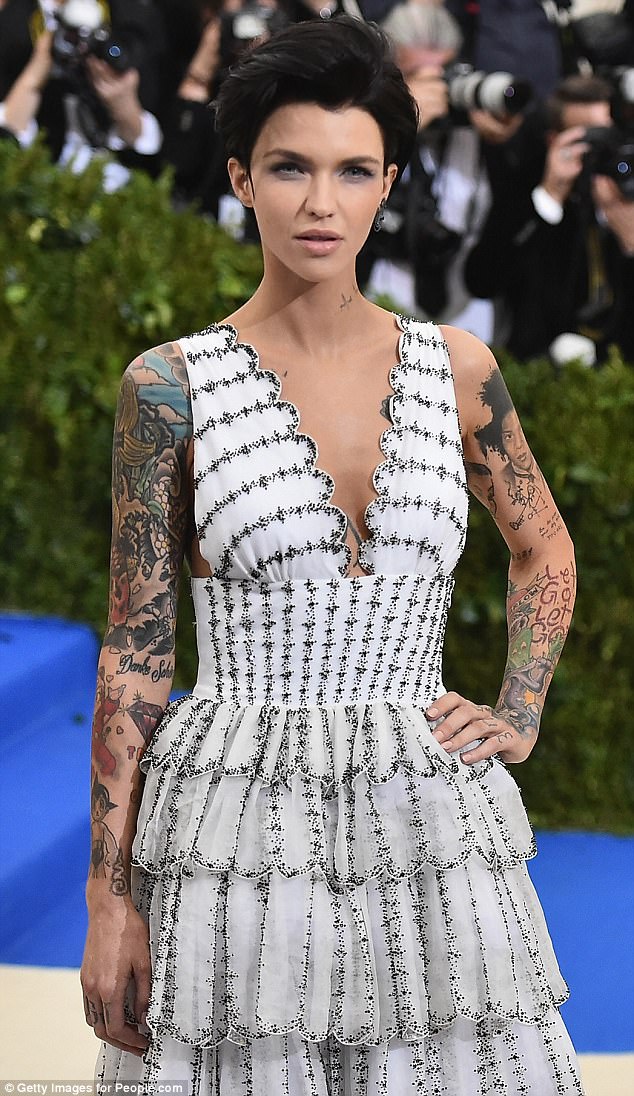 Backlash: Orange Is The New Black star Ruby (pictured) raised the ire of social media users after she pledged to donate $10,000 to the LGBT centre in Houston to help Hurricane Harvey victims

Helping out: Ruby announced she was donating $10,000 to the cause

Ruby wrote: ‘I’m going to match Jack and eat a banana while I donate 10 k to the LGBT center in Houston also.’

But she was quickly slammed by unhappy social media users, with one writing: ‘This is sad… helping only one group. When the entire city needs help’.

Another added name-calling into the mix, posting: ‘So you are only willing to help out gay people suffering from the floods in Houston?!?! You are a disgusting human being.’ 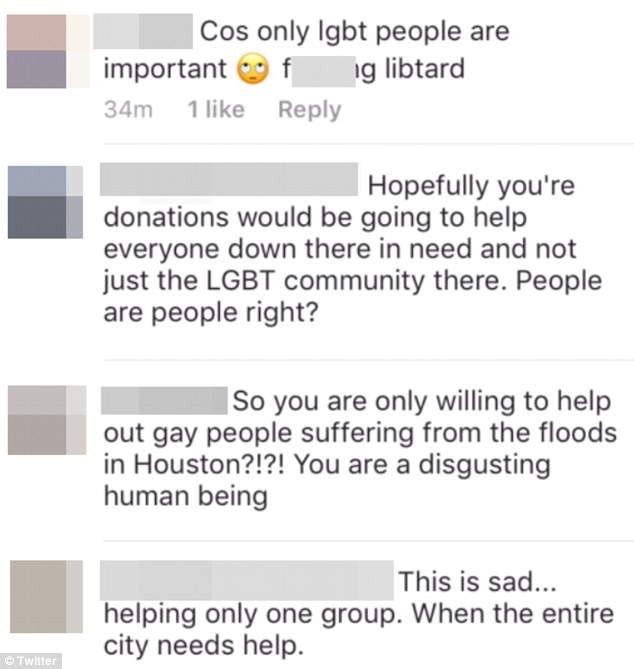 ‘You are a disgusting human being’: Some social media users took issue with Ruby seemingly singling out one group of people to help out while others were also in need

Also taking issue with Ruby seemingly only offering assistance to one group in the community, a Twitter user wrote: ‘Hopefully your donations would be going to help everyone down there in need and not just the LGBT community there. People are people right?

Another person was unimpressed by Ruby’s show of wealth – despite it being for a good cause.

‘That’s so luxurious. I’m sorry I can’t donate 10k while I’m eating a banana’. By the way that’s not cool to show off your kindness,’ they wrote. 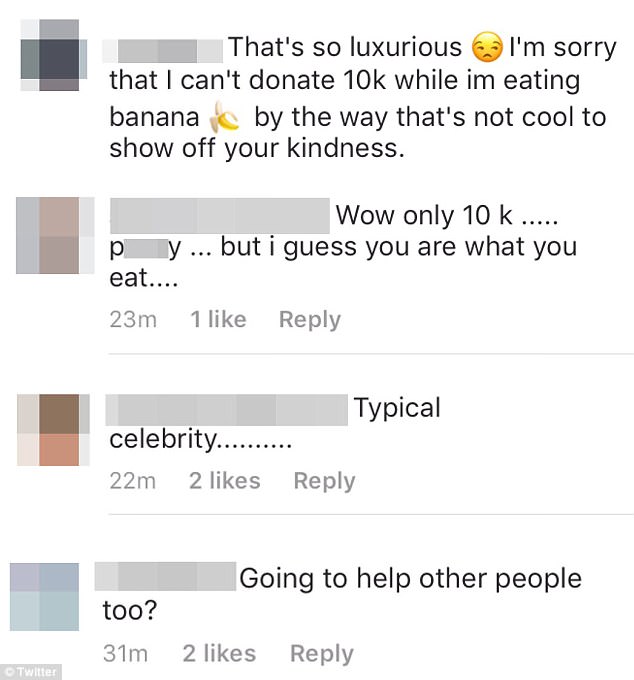 ‘That’s not cool’: Another thought she was flaunting her wealth 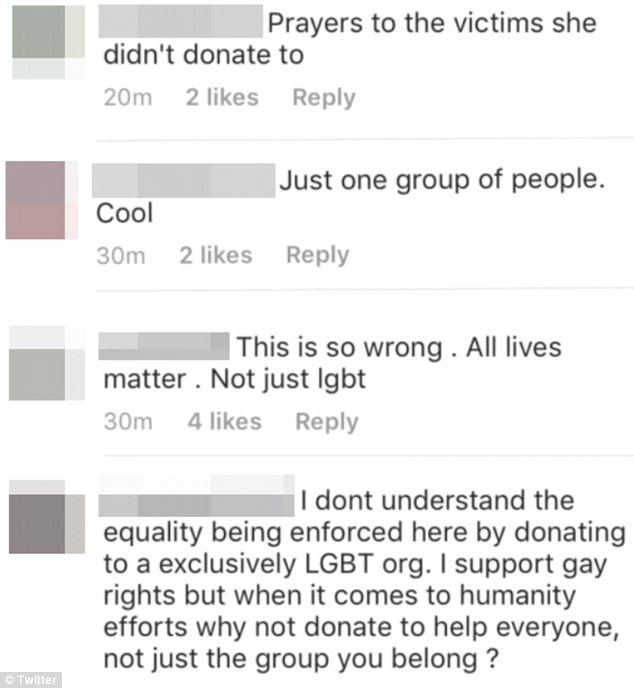 ‘This is so wrong’: The actress came under fire for her choice of organisation to donate to