A woman was booted off a United Airlines flight after she was caught fat shaming fellow passengers because she was stuck between them in a middle seat.

The unnamed blonde passenger was on a flight from Las Vegas to Newark on January 2 when she was caught on camera moaning about being stuck in the middle of two ‘big’ passengers.

Her tirade has been posted to Facebook by registered nurse from New Jersey Norma Rodgers who was sitting next to the woman and subjected to the abuse. It has since gone viral.

‘Oh my goodness, I don’t know how I’m going to do this for the next four hours,’ the unidentified foul-mouthed woman says. ‘This is just impossible cause they’re squishing me. Like, friggin’ just unbelievable.

‘I can’t sit here because they’re both so big on left and right,’ she complains. ‘I can’t even sit here.’

She also jokes: ‘At least they’ll keep me warm.’ 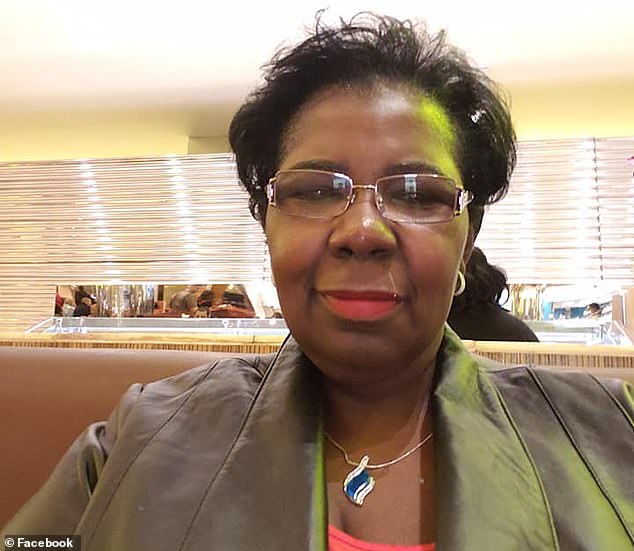 Norma Rodgers, who filmed the footage, from New Jersey describes herself as a ‘Nursing Leader: Advocating for nurses and the nursing profession/ Healthcare Advocate’ on her Facebook page

The irate passenger continues to make remarks about the man to her right, named Mac who was traveling with Rodgers.

This prompts Rodgers to respond with, ‘b***h, please, ok?’ but the woman just carries on laughing on the phone.

When someone off screen catches her attention about a potential window seat, she asks them to get her window and get her out of there before hanging up the phone and stating out loud, ‘I can’t do this.’

After a minute or so, the person returns and apparently there are no other seats that he could find which prompts her to again mention that she was being ‘squished’.

Mac says something that can’t be made out on the video and she responds with, ‘well, I eat salad’. 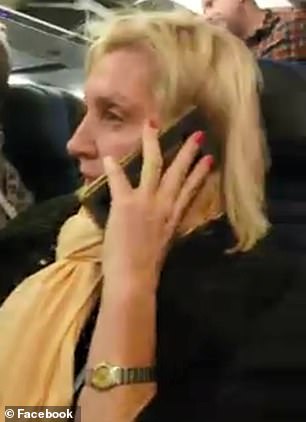 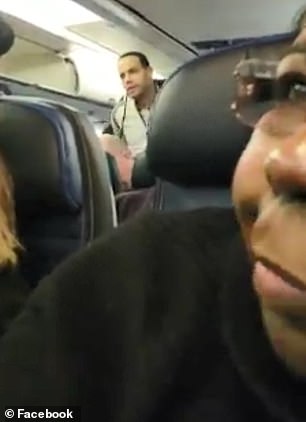 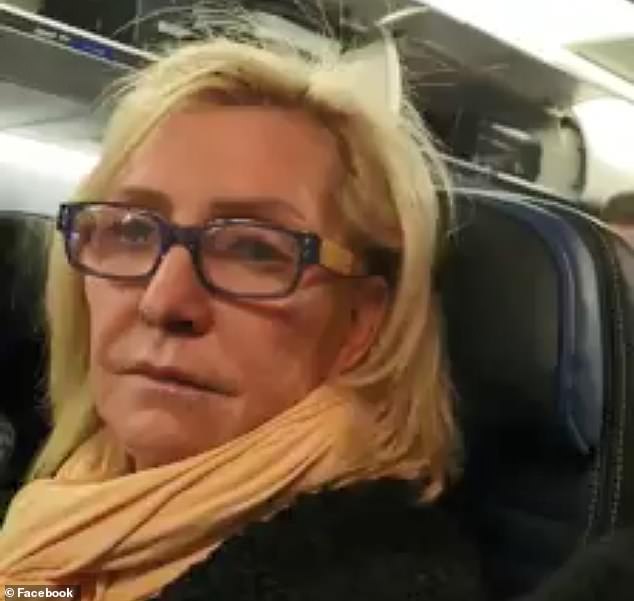 During an awkward quiet moment, the complaining passenger looked directly at the phone Norma Rodgers was carrying 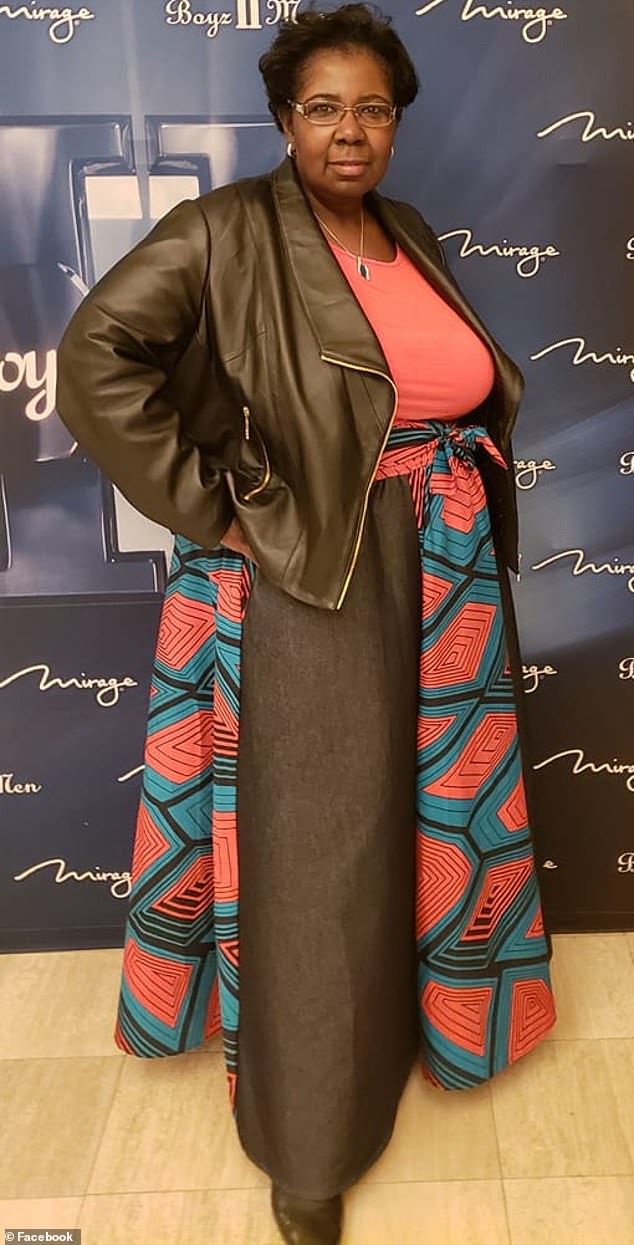 The video posted on Facebook has been viewed more than 2.3 million times since being posted a week ago garnering over 12,000 comments. Rodgers is seen above

Rodgers then flags a flight attendant and says: ‘Excuse me, can you find her another seat? Because I will not be verbally abused by this b***h or anybody else.

‘I will not be verbally abused by anybody. I’m not tolerating it.’

When the flight attendant asks the foul-mouthed flyer if she would like to wait in the back so that she could look to see if there was another seat available, the woman says ‘thank goodness’ and again blasts ‘I eat salads.’

‘I’m not politically correct,’ she quips back as another passenger says to her ‘Make America great again, that’s a good example.’

To someone else she says ‘why don’t you try and sit between those two big pigs.’

‘B***h, kiss my fat ass,’ Rodgers shouts back at her. The rude passenger makes her way down the aisle and continues to verbally spar with other passengers Rodgers asks who she can report the blonde woman’s behavior.

‘I am not starting my new year off with this kind of negativity,’ she says to the flight attendant. 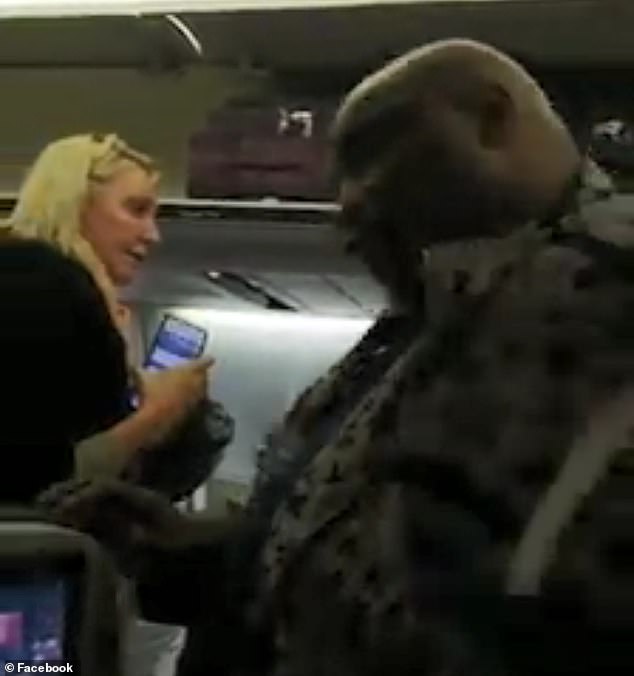 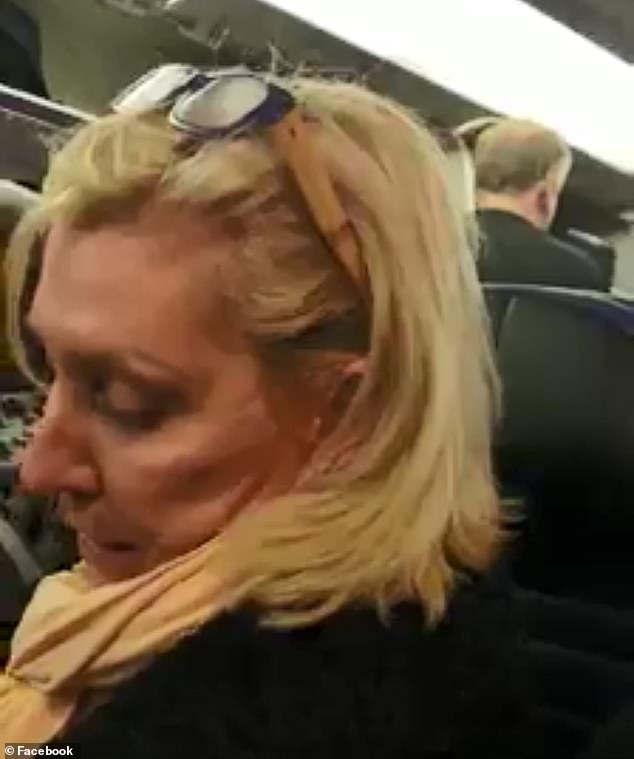 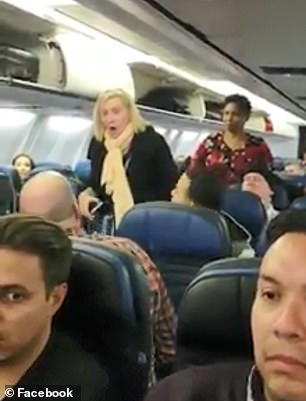 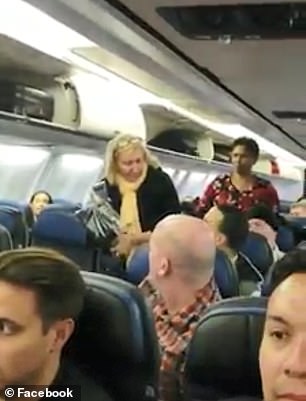 ‘My old days would have been to beat the b***h’s ass. The politically correct Norma called to speak with supervisors and asked that she be moved,’ Rodgers wrote.

In her own Facebook post, Rodgers expresses how angry she is about her middle seat antagonist. ‘My old days would have been to beat the b***h’s ass. The politically correct Norma called to speak with supervisors and asked that she be moved,’ Rodgers wrote

‘Another passenger requested she be taken off the plane. Several passengers informed the supervisor of her behavior.’

The woman was then taken off the flight.

The video posted on Facebook has been viewed more than 2.3 million times since being posted a week ago garnering over 12,000 comments. 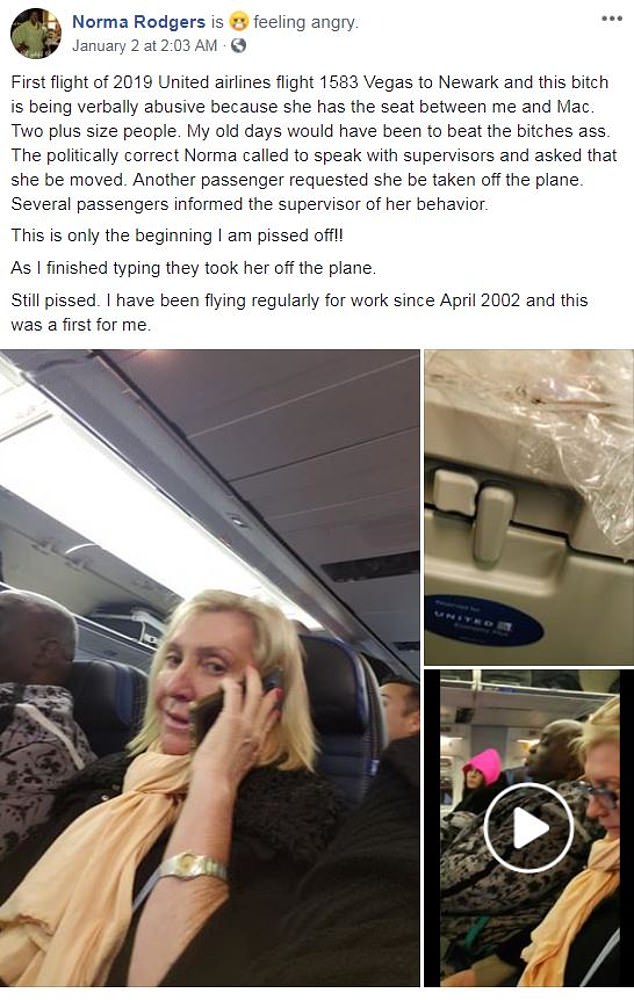 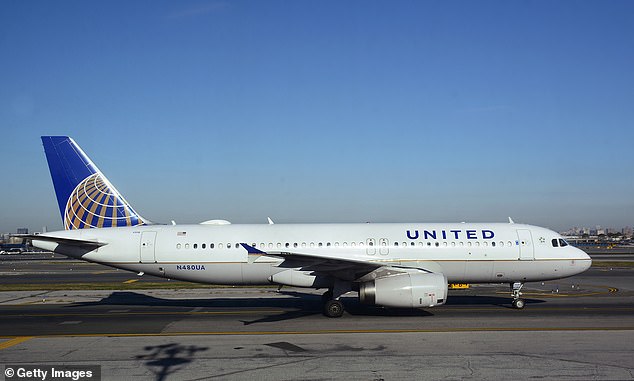