The new chairman of the Australian Rugby League Commission is off to an awkward start after he confessed to not knowing the name of an NRL club.

Peter Beattie appeared on Channel Nine’s ‘100% Footy’ on Monday night and couldn’t answer when Phil Gould asked him the name of the Cronulla Sharks. 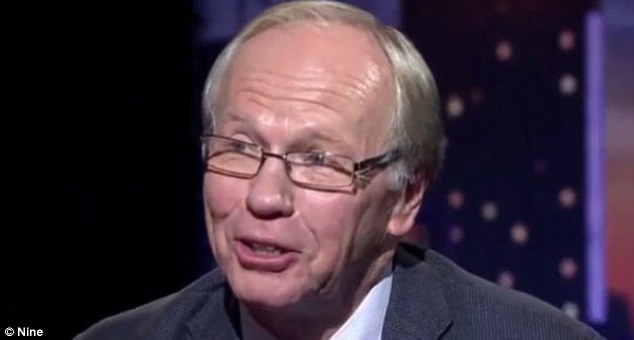 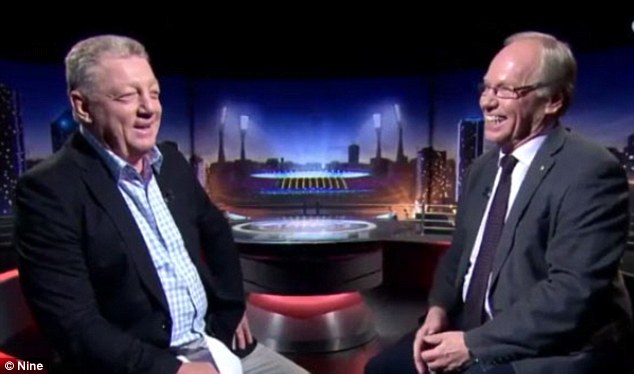 Mr Beattie couldn’t answer the question, laughing as he told Gus he would know the answer next week

The former Queensland premier then told the show’s host: ‘I’ve got to be honest with you – I wouldn’t have a bloody clue!

‘But I’ll know next week,’ he laughed.

Some social media users were confused, asking if the whole thing was a joke.

Another even asked if Mr Beattie could share his tips on how to forget the side who won the Grand Final in 2016.

NRL Media’s Twitter account then posted: ‘He went to the Sharks game at the weekend, went in the sheds afterwards and chatted with Gal and Flanno. He knows who the Sharks are.’

Mr Beattie, who will serve as the ARLC chairman until 2020, also took to Twitter about the on-air blunder. 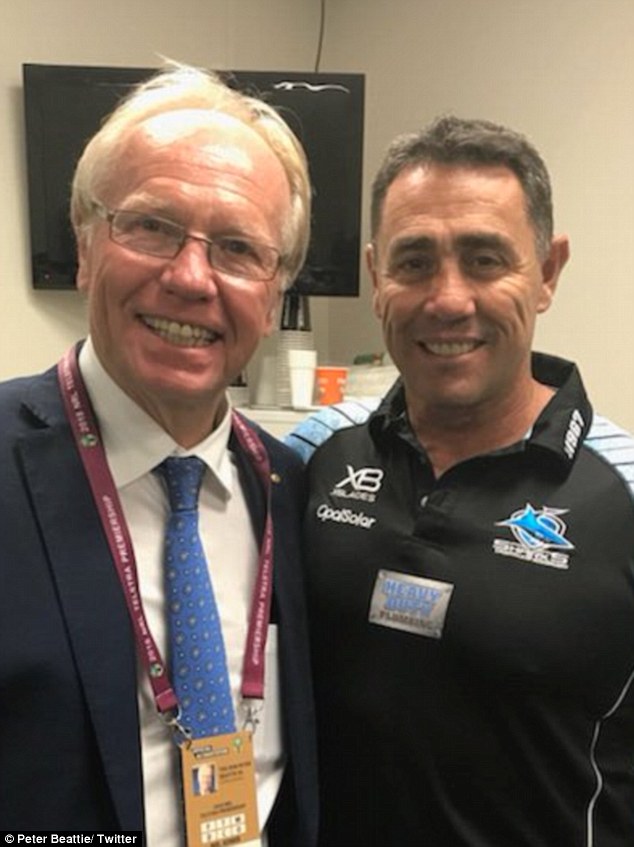 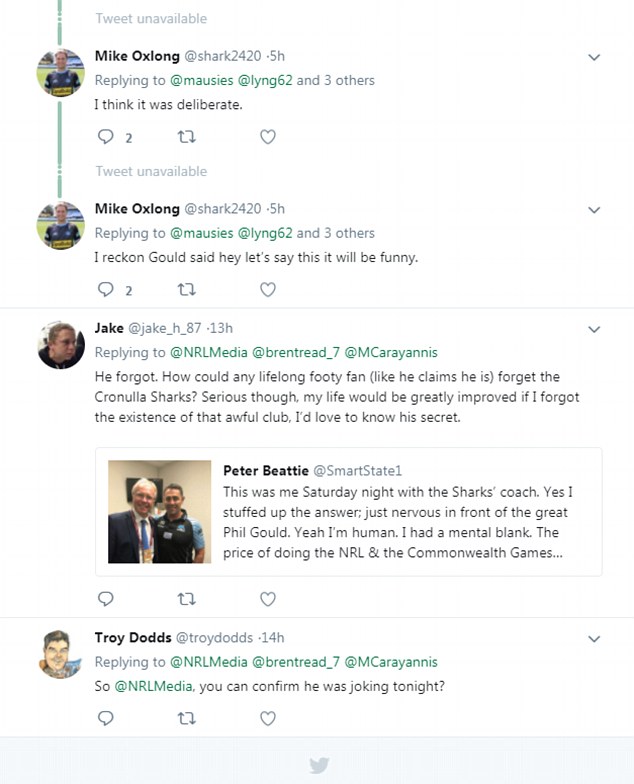 He posted a picture of himself with the Sutherland Shire team’s coach, Shane Flanagan.

Mr Beattie captioned the image: ‘Yes I stuffed up the answer; just nervous in front of the great Phil Gould.

‘Yeah I’m human. I had a mental blank. The price of doing the NRL and the Commonwealth Games at the same time!’

He then thanked the football legend for having him on the show.