Rugby league great Arthur Summons has died at the age of 84.

The former Australian team captain and coach died on Saturday night after a long battle with cancer.

Summons features alongside rival forward Norm Provan in an iconic photograph after the 1963 Grand Final at the SCG, which is depicted on the NRL premiership trophy.

The image of the mud-covered pair is known as ‘The Gladiators’, with the NRL renaming the premiership cup to the Provan-Summons Trophy on the 50th anniversary of the match in 2013. 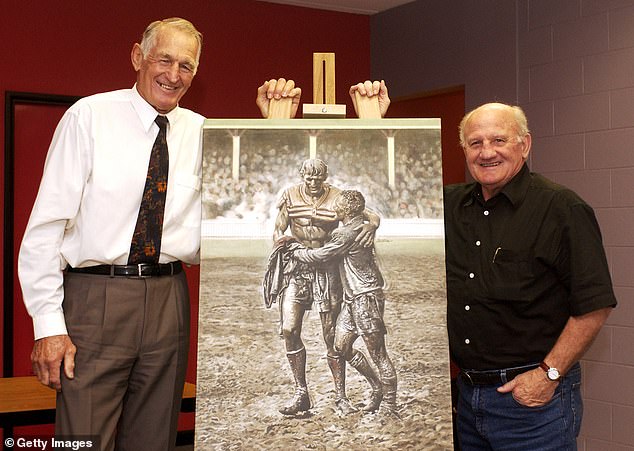 The diminutive half played Test rugby union before his NRL debut in 1960 and played 106 games for the Western Suburbs Magpies in his career.

Summons was inducted into the NRL Hall of Fame in 2008 and holds an unbeaten record of five wins from five tests as Australian captain.

‘Arthur epitomised everything that rugby league stands for – he was a talented player, a fierce competitor, a wonderful character and extremely popular with everyone,’ he said.

‘His importance to the game continued – and was immortalised – after his retirement as a player when he became the face of our Premiership, along with Norm Provan, and he embraced the responsibility which came with that. Arthur’s memory and legacy will live on in bronze for all of us to celebrate.

‘This is a sad day for Rugby League, but it’s also an opportunity for us to celebrate what makes Arthur Summons such a wonderful part of our history.’ 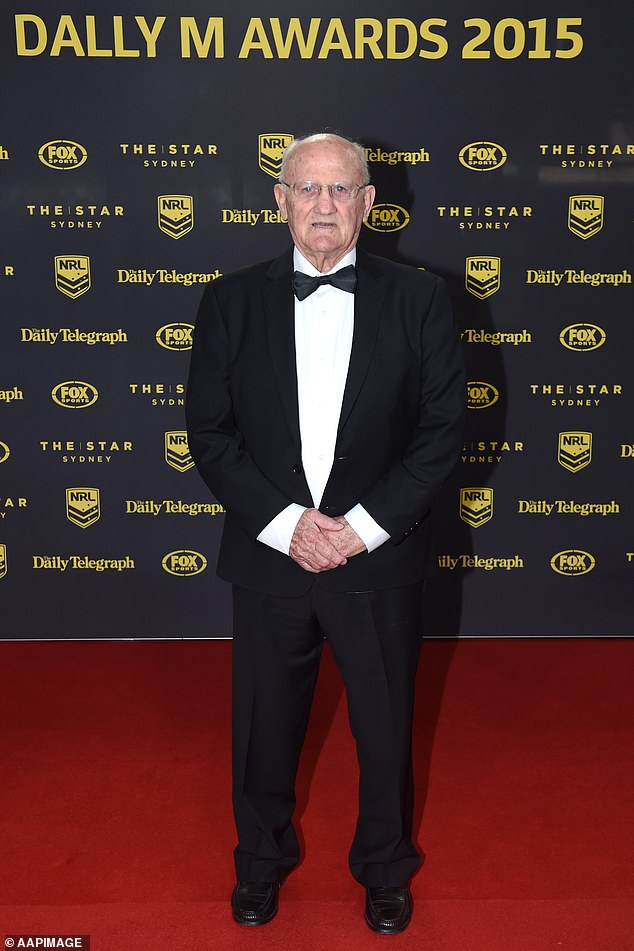