Rugby player, 19 on tour of Bermuda found dead in moat of old fort

Police are refusing to rule out foul play in the peculiar death of a 19-year-old rugby player who was found dead in Bermuda.

The body of Mark Dombroski, a freshman at Saint Joseph’s University in Philadelphia, Pennsylvania, was located in a moat of an old fort on Monday, a day after he went missing from a nearby bar on the island.

The athlete had been on a school trip with his rugby team, preparing to participate in the Ariel Re Bermuda International Sevens tournament.

A new map provided by DailyMail.com shows Dombroski’s whereabouts leading up to his death.

A new map provided by DailyMail.com shows Mark Dombroski’ whereabouts leading up to his death 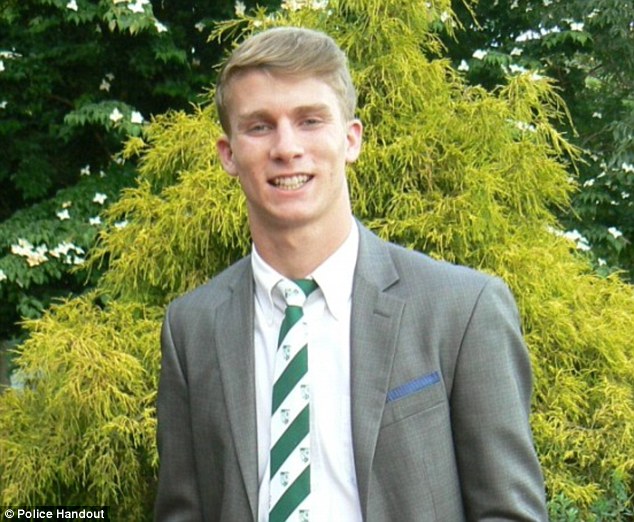 Dombroski, 19, went missing in Hamilton, Bermuda, early Sunday morning. His body was found on Monday afternoon after a search party was formed 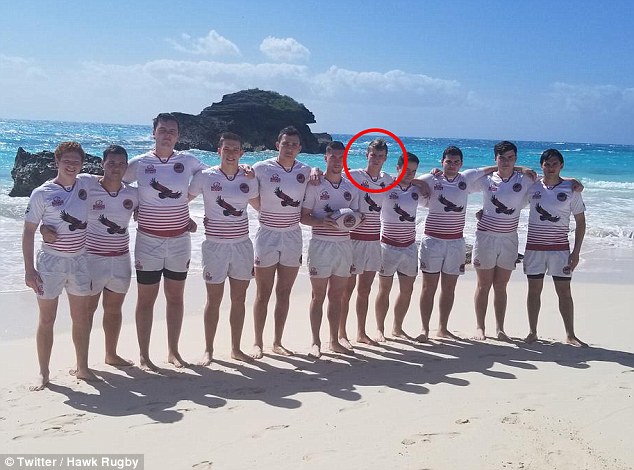 Dombroski was in Bermuda with his rugby team for a tournament. He is pictured fifth from the right on Friday right before the team’s game

Dombroski had been drinking with pals at The Dog House, a popular bar, located at 93 Front Street in Hamilton on Saturday. That was the time he was last said to be seen in person.

On Sunday, Dombroski was spotted going for a stroll up Middle Road at 1:15am on CCTV footage before he vanished.

A search party launched on Monday afternoon had ended around 4:30pm after the rugby player’s body was found at a national park.

He was pronounced dead after the finding at Fort Prospect, near the Arboretum in Devonshire.

During a press conference with the Bermuda Police on Monday, officials said there is no indication that Dombroski was intoxicated when he went missing. 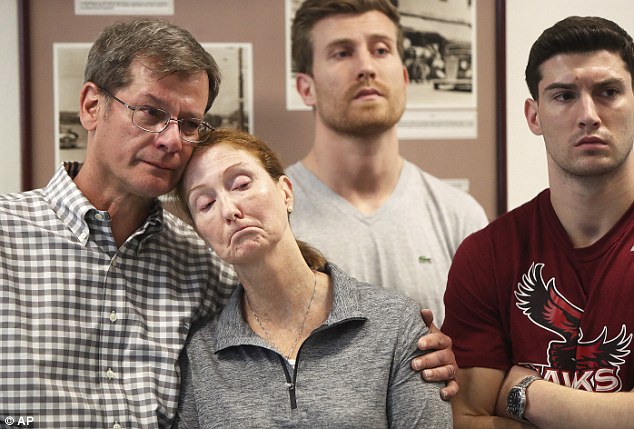 Dombroski’s family was pictured a press conference earlier on Monday afternoon before his body was discovered. His mother had made a plea for him to be found alive 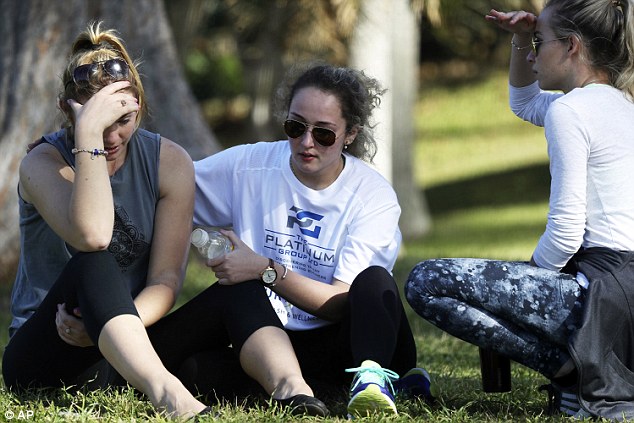 However, owner of the bar Dombroski was drinking at before his death, Frank Arnold, also confirmed the rugby player was ‘not sober’ but also ‘not incoherent,’ the Royal Gazette reports.

‘That’s why we allowed him to come back and forth. He was trying to co-ordinate his friends to get going back to the barracks where they were staying,’ Arnold said.

The bar owner said there were no reported altercations that night.

Police have yet to release and official cause of death for the student. They still say foul play has not been ruled out.

Dombroski’s mother, Lisa, said during the press conference the day after her son was found: ‘We love him dearly. We want him back’. 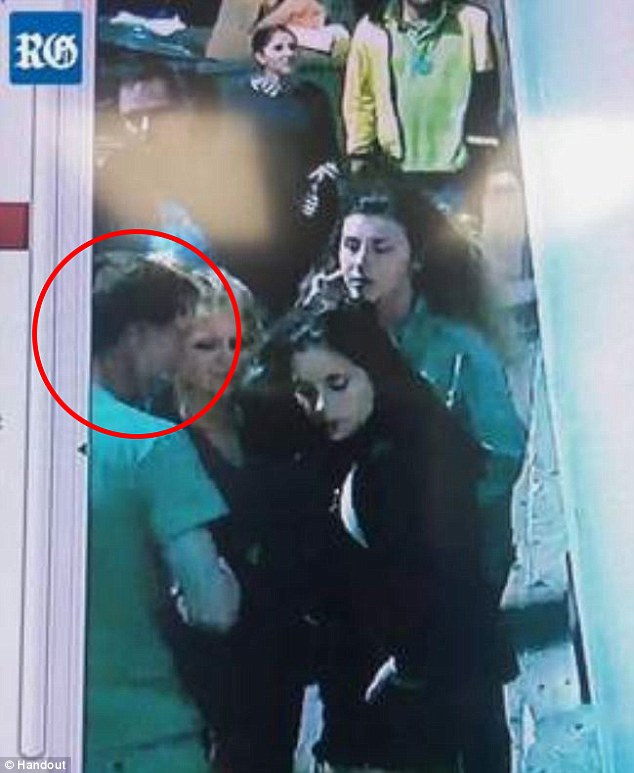 Surveillance footage shows a male who appears to be Mark Dombroski, 19, at The Dog House bar. The Pennsylvania teen was found dead on Monday afternoon after he went missing

This was just hours before a search party found his body.

She also said her son did not appear to be enjoying the ‘party atmosphere’ with his teammates, based on the footage she watched.

He reportedly injured his shoulder during his game earlier that day, and the footage allegedly showed him favoring that injury.

Dombroski’s parents were on the island helping with the search and his two brothers flew out on Monday to assist. 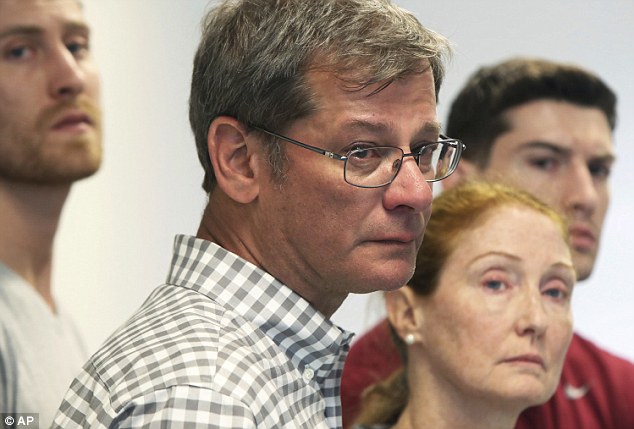 Dombroski’s parents were already on the island when the teenager went missing. His brothers flew in to help with the search 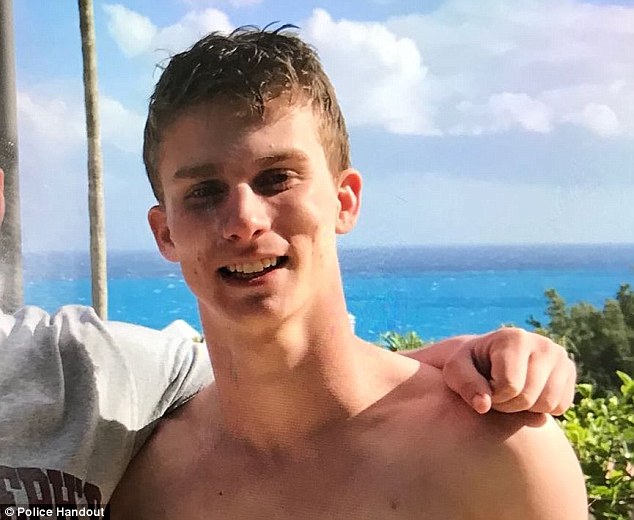 The freshman from Saint Joseph’s University in Philadelphia, Pennsylvania, was visiting the island with his rugby team 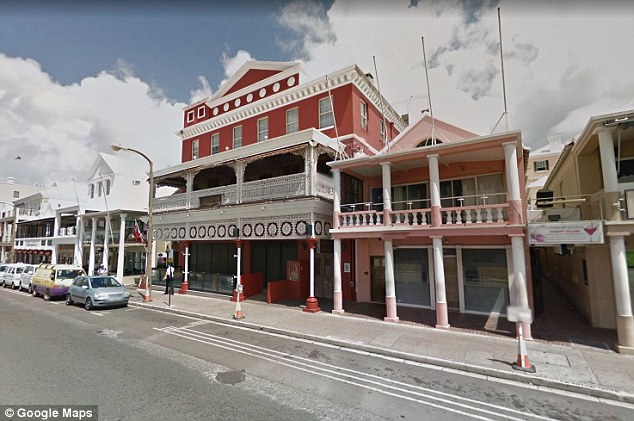 He was last seen early Sunday morning at The Dog House (pictured), a popular bar on the island. He was wearing khaki pants, a green T-shirt and black shoes

But their efforts ended abruptly on Monday afternoon.

The college student was last seen wearing khaki pants, a green T-shirt and black shoes at The Dog House.

Dombroski was supposed to leave the island with his rugby team later on Sunday to return to the United States.

The Bermuda Rugby Football Union initially offered a reward of $1,000 to anyone who had information about the student’s whereabouts before his body was discovered.

A press conference will be held by Bermuda police Tuesday afternoon. Please check back with updates. 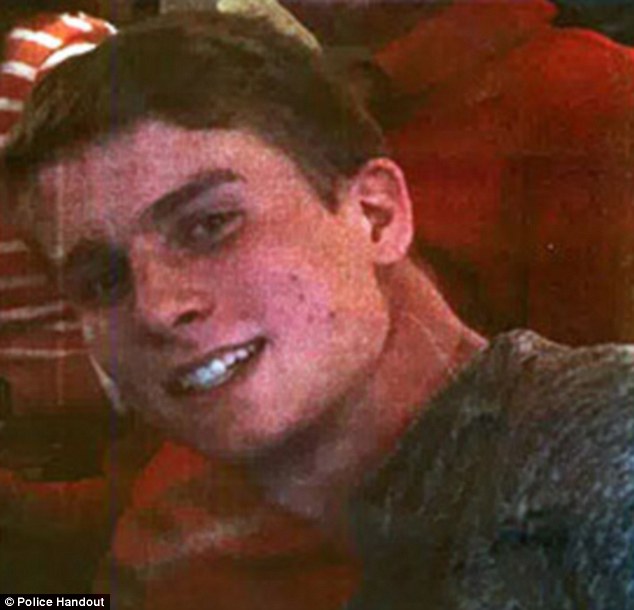