The wife of rugby star Tom Youngs says her terminal cancer has ‘gone’ after a year of alternative treatment including taking cannabis oil and starving herself for 17 hours a day.

Tiffany Youngs, 32, was told last year her illness was ‘incurable’ and she could die within a month – a devastating blow which resulted in Tom’s brother Ben Youngs pulling out of the British and Irish Lions’ tour of New Zealand.

Mrs Youngs was diagnosed with Hodgkin’s lymphoma in 2014 after developing a cough she couldn’t shift.

Last year she was warned her death was imminent, forcing her to tell her daughter Maisie she was going to die – one friend even had a tattoo in her memory believing she had so little time left.

The mother-of-one said: ‘In 2017, they gave me four weeks to a year to live. I had to tell my daughter. I said mummy has been very poorly, and that mummy would be going to heaven.

Tiffany Youngs, 32, pictured with her daughter Maisie and husband Tom, says he cancer has disappeared after a year of alternative therapies including fasting and cannabis oil

‘She started crying. It’s the worst thing I have ever had to do and I don’t wish it on anyone.

‘I planned my funeral – I chose my picture, my music, told my family how I wanted to die.

Among breast cancer sufferers, those who rely on herbs, homeopathy or energy crystals to beat their disease are 5.68 times more at risk of an early death, a study found.

While 41 percent of those receiving conventional treatment for lung cancer survive for at least five years, only 20 percent of those opting for alternative medicines do so, the research adds.

Professor John Bridgewater, an oncologist at University College London Hospital, who was not involved in the study, said: ‘Many patients will often go on special diets, rather than having conventional treatment.

‘But we have no evidence that anyone benefits from these diets, apart from those that collect the fees.’

‘I felt guilty and a burden to everybody, I didn’t want anyone to have anything to do’.

After punishing stem cell treatment she began to focus on alternative treatments believing she was about to die and asking England and Leicester star Tom to be ‘open minded’.

She ate only fish, took cannabis oil and cut milk, red meat, sugar and caffeine out of her diet while starving herself between 7pm and midday.

Mrs Youngs also used a ENS cosmodic machine treatment, which uses metal prongs to send electronic pulses into our body in the hope it will stimulate your body’s cells.

She says she felt so good she would wake up and think: ‘I don’t think I’ve got it anymore’.

After catching a cold in February and heading to hospital she had a scan where her consultant confirmed she was in remission.

She told Sky News: ‘I was on my own – my mum, Tom and my daughter had gone out to get some food – so I called Tom and I told him to put me on loudspeaker.

I shouted: “It’s gone!” I rang my dad, he was very emotional, he dropped the phone I think. From being told you are going to die, to then finding out you’re not, it’s incredible’.

Mrs Youngs has credited her new lifestyle and setting ‘goals’ for fighting off cancer. 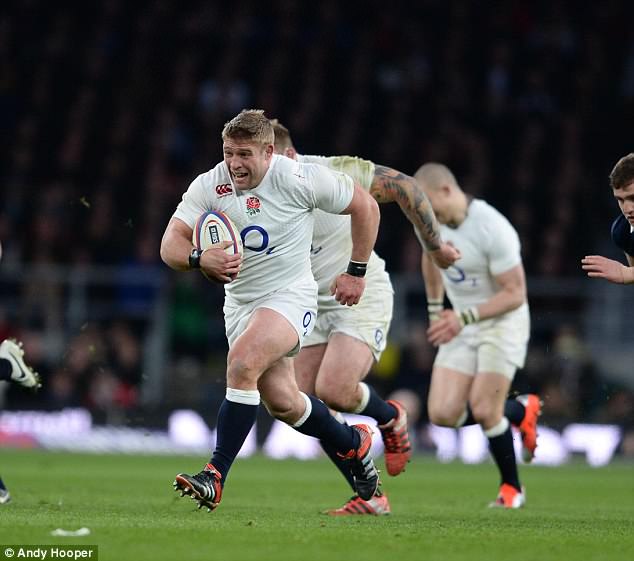 Cancer charities have said that patients are more likely to die if they concentrate on alternative therapies, which can interfere with treatment.

‘Standard medical treatments for cancer are all evidence-based so have been tested to see how safe and effective they are.

‘Some “natural” remedies can interfere with medical treatment so it’s really important that patients speak to their doctor before making any decisions.’

For Ben Youngs, family has always come first so when his brother Tom’s wife Tiffany received the devastating news that her cancer was terminal last year, Ben dropped everything to provide his support.

Which meant a man in the prime of his career missing a second Lions tour.

Since the most heart-warming news of the season broke the Youngs’ have been inundated with messages leaving them overwhelmed.

‘It is incredible. Firstly, the support from the rugby community and everyone has been overwhelming this past 12 months and previous to that. It’s been incredible – that’s for sure.

‘When we found out the news, it was mind-blowing. It really knocks you back. It probably didn’t sink in for a couple of weeks, really.

‘When my brother announced it to the boys everyone was blown away, as you can imagine. It was just a message to the group, he couldn’t contain himself.

‘It’s been one hell of a journey but to get to where we are now has been remarkable. Tom’s said this in his statement but I’ll reinforce it – the support of everyone in the rugby community towards our family has been overwhelming’.