By Jamie Pyatt In South Africa For Mailonline

Hero Springbok rugby legend Naka Drotske will spend his Christmas in intensive care after surviving being shot by three armed robbers a month ago in South Africa.

The World Cup winning South African hooker was blasted at point blank range when balaclava wearing raiders burst into an evening BBQ at his brothers farmhouse.

Instead of submitting to the gang brave Drotske, 47, – a member of the team that lifted the World Cup in 1995 in front of Nelson Mandela – sprung into action.

Although they were spraying tear gas and brandishing revolvers he leapt up and rugby tackled the three gun men in a huge bear hug and ran them out the door.

They opened fire as he charged them and hit him three times with 9mm bullets in the abdomen, chest and elbow but his momentum saw him bundle them out the home.

His former South African team mate Os du Randt who was also at the BBQ ran to his aid as Naka’s brother Tinus hit the panic button which brought the police. 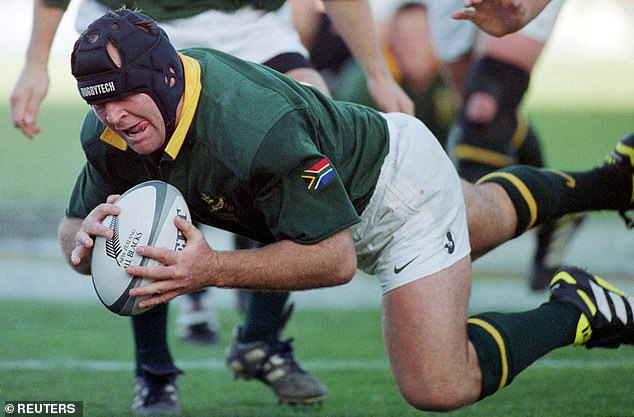 Retired prop forward Os, 46, grabbed his ex-teammate and ran him down the drive and flagged down a passing car and had him driven to a hospital in Pretoria.

The hard-as-nails hooker underwent two operations whilst in a “critical” condition but pulled through but after being released from hospital after a fortnight later had a relapse. 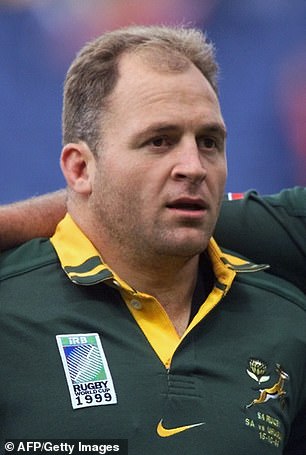 He was rushed back into hospital on December 11 by wife Marzanne after suffering an internal blood haemorrhage and was taken straight to the operating theatre for surgery.

His cousin Steven Drotske fearing the worst asked the world of rugby and family and friends to pray for Naka on his Facebook page as the legends’ life was in the balance.

Steven wrote: “Please pray for Naka he is fighting for his life in critical condition. I truly believe our Heavenly father has bigger plans for him and his future”.

However after being operated on again and being given blood transfusions and treatment for a serious infection since his re-admission he has turned the corner again.

But despite doctors best efforts his brother Tinus who praised Naka for saving his partner Nadia Jooste and their three children revealed he will not be home for Xmas.

He told News24: “It seems so unnecessary him going through all this after what he has done for us. You feel a little guilty with your brother lying there at this time”. 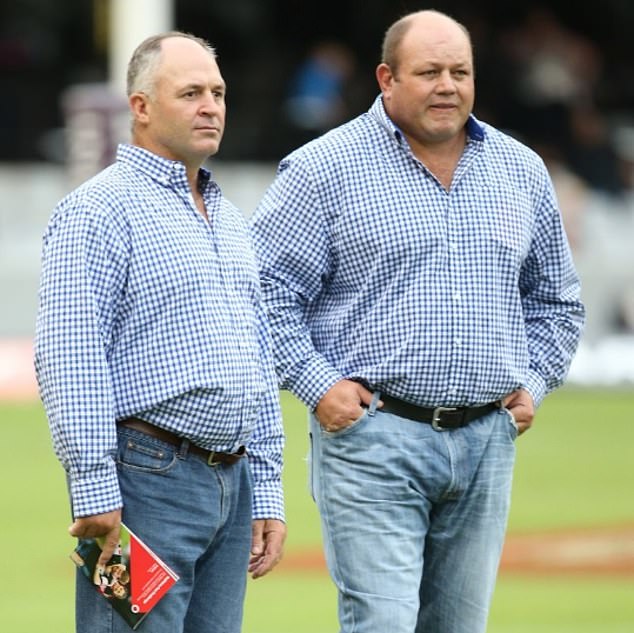 Tinus said Naka’s infection was less serious than it was and said that he would be operated on on Boxing Day for the remaining infection in his chest to be “cleared out”.

And he said Naka could breathe on his own but doctors at the Mediclinic in his home town of Bloemfontein were keeping him on a ventilator as a precaution.

Tinus thanked all those who had sent messages for his brothers recovery.

Drotske played 26 tests for South Africa and was a member of the World Cup team who famously lifted the trophy in front of President Nelson Mandela.

He played his rugby for the Blue Bulls then the Free State Cheetahs and also played for the UK team London Irish and represented his country for 6 years.

South Africa has a high rate of crime with over 20,000 murders a year.