Hundreds of land and homeowners near the planned new airport in western Sydney have been thrown into financial ruin by a ruling that has stripped all value from their properties.

The government has deemed some of the land around the new international Nancy-Bird Walton Airport at Badgerys Creek – dubbed the ‘Aerotropolis’ – be re-zoned as ‘environmental’, meaning no new dwellings can be built and existing homes cannot be altered.

Under environmental zoning laws all property owners can do is maintain what is there, plant native trees and remove weeds.

Those who invested in land before the ruling can no longer build, while locals with existing properties say it is now impossible to sell their homes. 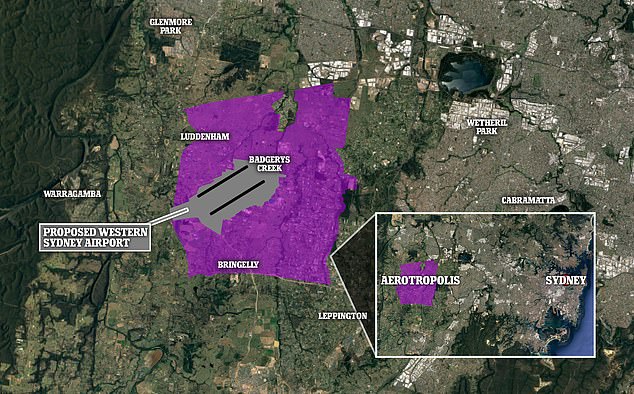 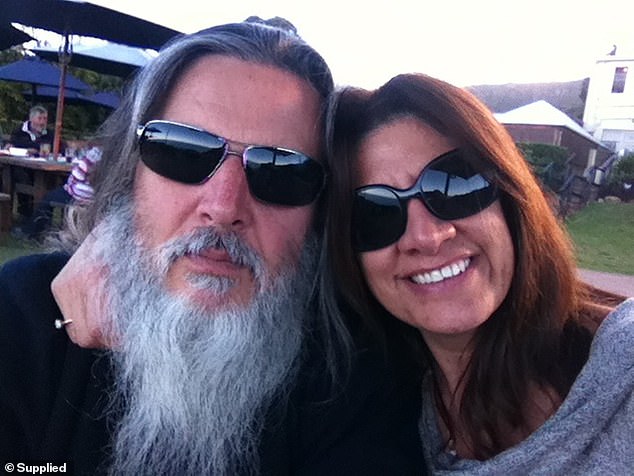 Walter and Silvana Di-Iorio had planned on selling up, downsizing and travelling – but are now stuck in a home they cannot sell because of government re-zoning plans

She and her husband Walter, 62, had planned to downsize and travel with the money they would make from selling their five-bedroom Bringelly home, which was expected to be around $4.5million.

Now those plans have been destroyed.

Patrick Darley-Jones at the Luddenham Progress Association told the Daily Mail Australia dozens of homes affected by the ruling.

Mr Darley-Jones said the worst affected suburbs were Luddenham, Badgerys Creek and Bringelly, where resident Rita Herceg testified to the extent of the suffering.

‘There must be 50 homes around here in this position,’ said Ms Herceg, whose own home was also affected.

Ms Di-lorio said: ‘Now I cannot put my house on the market, the real estate agent has told us nobody will buy it.

‘Who is going to buy land that has been zoned environmental?’ 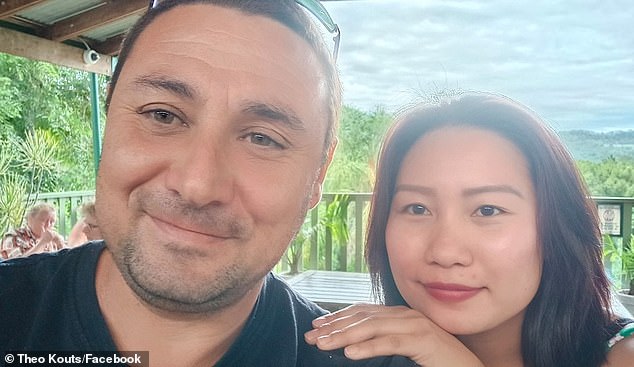 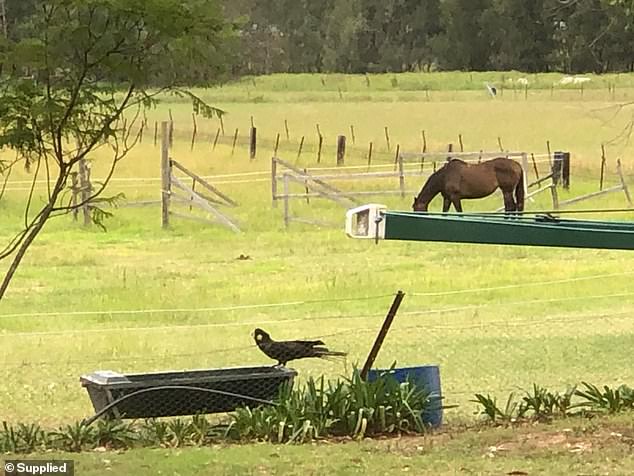 Deborah and David Wilkinson, both in their sixties, have been told 6.5 of their eight acres is now zoned environmental and is now worthless at sale because the new ‘environmental’ zoning means it cannot be built on

It is an experience shared by Theo Koutsomihalis, whose Bringelly property had been valued at $12million but is now worthless.

‘I’m stuck now with a property worth $1 for the next 20 or 30 years, if it ever sells,’ Mr Koutsomihalis told The Daily Telegraph.

‘The other day I literally had to pull the car over and have a panic attack for 45 minutes. My kids’ future is gone.’

Ms Di-Iorio was told she wouldn’t be compensated – because of the environmental zoning – and that she was expected to ‘manage’ the property and prepare it for ‘public access’.

‘We took it to mean plant trees, keep it in good condition, but we’re not sure because that hasn’t been explained,’ she said.

‘I cannot believe in a country like Australia that the government can get away with this. It is mind boggling, really awful.

‘We don’t sleep any more we’ve become really nervous about not being able to move on.’

Deborah Wilkinson, 62, has been told 6.5 of her eight acres is now zoned environmental and now considers it worthless. She received a valuation in 2016 of $3.8million but she believes until recently it was worth closer to $5million.

‘We all just got an A4 piece of paper in the mail that said “this is what you are now,”‘ she said referring to a government letter about the re-zoning.

She was also told she will not be compensated and cannot alter the land in any way.

‘If one of my horses died I wouldn’t be able to bury it,’ she said.

‘This is extraordinary, the government needs to come clean and tell us the scale of this,’ Adam Searle, Shadow Minister for Planning and Better Living said. 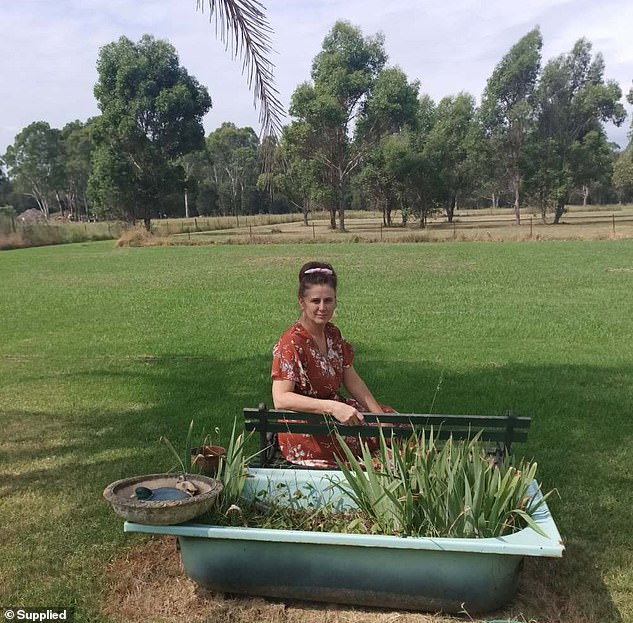 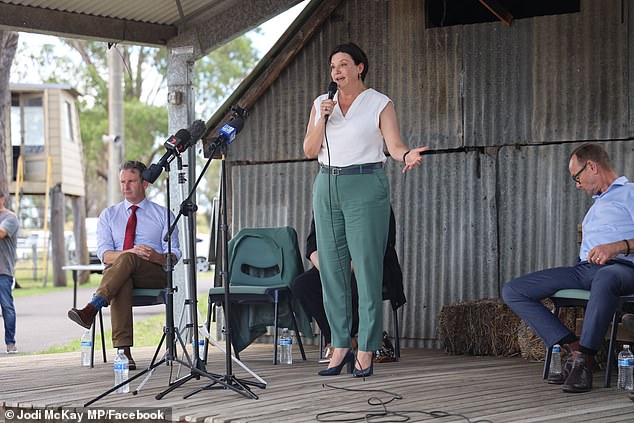 ‘What steps will the government take so people’s life savings are not destroyed? The government must take all steps to stop this harm being done to families.

‘If the government is going to impact people so drastically there may be a moral obligation to acquire properties at a fair price.’

Mr Searle said the environmental re-zoning puts property owners ‘in a worse position than if their homes were being acquired’.

‘It’s as if the government is saying “we don’t need it”, we are just changing the zoning so you can’t sell it.’

A lawyer who specialises in representing property owners whose properties are compulsorily acquired or re-zoned for major projects said it ‘makes life hell’ for owners. 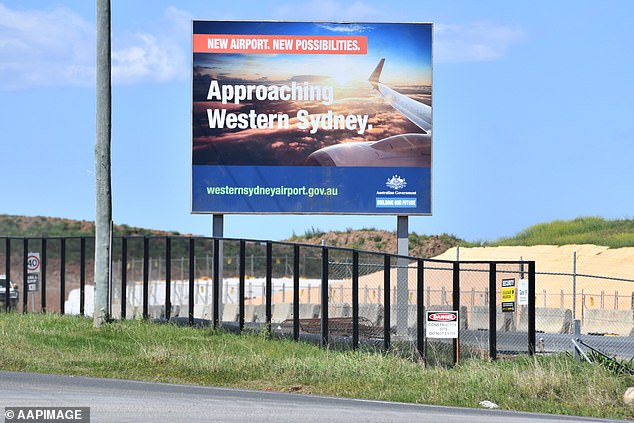 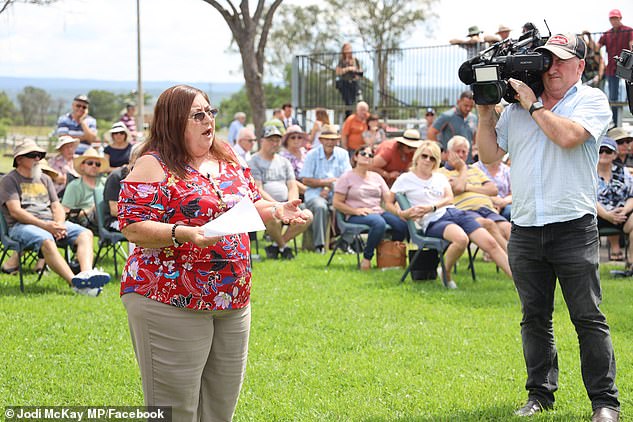 ‘They have their lives on hold with the axe hanging over them for many years,’ said Mark Shumsky, of Stacks Collins Thompson.

‘A re-zoning of their property just before negotiations about compensation were about to commence can lead to an impression the government is placing undue pressure on property owners. People have “rights” but it can take years for the opportunity to access “rights”.

‘The government and its acquiring authorities can and do make life hell for those unfortunate enough to get caught up in re-zoning and acquisition situations.’

Another issue caused by the re-zonings, Mr Darley-Jones said, was a new ‘agribusiness’ classification assigned to some properties which had added thousands of dollars to local land rates.