Rumours Richard Wilkins ‘is being replaced on Today by Peter Ford’

With Karl and Peter Stefanovic out the door, rumours are swirling that Channel Nine is about the swing the axe on Today’s entertainment reporter Richard Wilkins.

And amid speculation Dickie is being ‘redeployed’ elsewhere in the company, a very surprising new candidate has emerged for the role of Today’s showbusiness editor.

Network sources claim that Peter Ford – who currently handles celebrity news for Channel Seven’s The Morning Show – is in talks with Channel Nine. 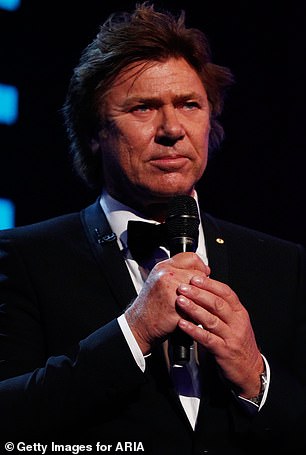 Oh, the irony! Richard Wilkins (right) could be replaced on the Today show by entertainment reporter Peter Ford (left), who was the first journalist the break the Ubergate story

In addition to his TV work, Ford is a prolific radio broadcaster and several talk stations he is employed by recently came under Nine’s umbrella as part of the company’s merger with Fairfax.

There would be a certain irony in Ford joining the Today panel, as his reporting is partly responsible for the show’s disaster year.

Ford was the first journalist to report on the so-called Ubergate scandal, several days before the story was splashed across the front page of New Idea. 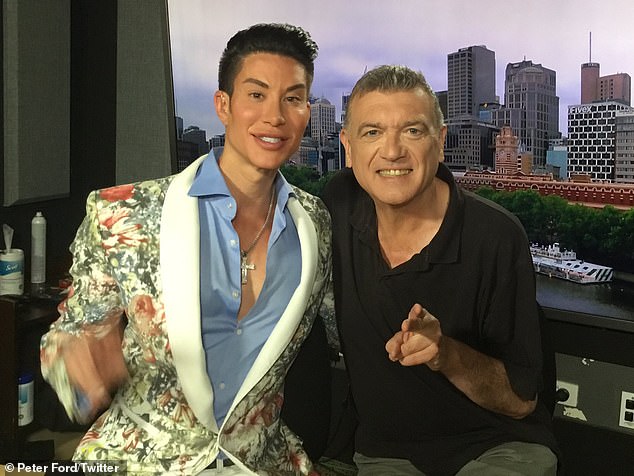 Mr Ubergate: There would be a certain irony in Ford joining the Today panel, as his reporting is partly responsible for the show’s disaster year. Pictured with ‘Human Ken Doll’ Justin Jedlica

In March, Peter Stefanovic and his brother Karl made headlines after their private phone conversation in a taxi was leaked to New Idea magazine.

During the conversation, Peter complained about his role on Weekend Today and the Stefanovic brothers also criticised Nine staffers and executives.

‘I hate working news, I’m dying on the inside and it makes me feel horrible,’ the Uber driver allegedly overheard Peter telling his older brother.

‘The life is draining out of me. I’m so much better than this and can do so much more, it’s the worst four days each week and I should be doing more.’

While Ford did not reveal the contents of the alleged ‘recording’, he was the first to report that details of the conversation were being shopped around to media outlets. 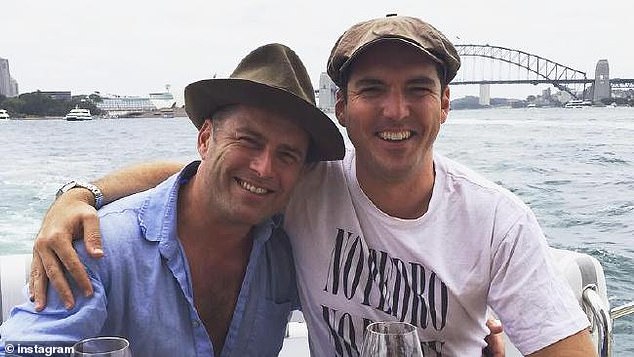 Hmm! There would be a certain irony in Ford joining the Today panel, as his reporting is partly responsible for the show’s disaster year. He was the first journalist to report on the so-called Ubergate scandal, involving Karl (left) and Peter Stefanovic (right)

Meanwhile, Ford awkwardly dodged a question about his rumoured negotiations with Nine during an interview on the TV Blackbox podcast this week.

Host Rob McKnight, who is a former Nine executive, said: ‘There’s a rumour going around that Nine has approached you to replace Richard Wilkins as Entertainment Editor.’

Ford brushed off the question and jokingly tried to wrap up the interview, saying: ‘It’s been fantastic to talk to you, Robert, it really has!’ 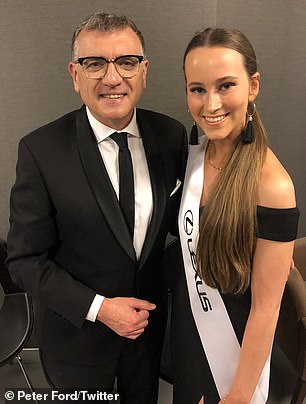 ‘I have an interesting situation at the moment’: Meanwhile, Ford (left) awkwardly dodged a question about his rumoured negotiations with Nine during an interview on the TV Blackbox podcast this week

Later, however, he did appear to acknowledge there was some truth to the rumours.

‘But of course I have an interesting situation at the moment. All of my radio stations  around Australia – or, at least the talk stations that I do – as of last week or the week before are now owned by Channel Nine so that’s an interesting [situation].’

When McKnight pointed out that Ford currently does entertainment bulletins for Channel Seven’s The Morning Show, the journalist replied: ‘I know! I’m just like a whore who spreads herself around very thinly. We’ll see where it goes. Who knows?’

Daily Mail Australia contacted Channel Nine for comment on Friday. The network’s head of publicity Victoria Buchan replied by email: ‘It is rubbish’.

It comes after The Sunday Telegraph reported over the weekend that Richard Wilkins’ role as entertainment reporter for Today could be about to change.

It is believed he will be step away from the program in the coming months and instead be relegated to Today Extra, which airs between 9am and 11:30am.

On Thursday, he was pictured looking downcast outside Nine’s headquarters in Sydney and being comforted by his girlfriend Virginia Burmeister and son Christian.

Channel Nine has denied, however, that Wilkins is set to depart the network.

In a statement to the Sydney Morning Herald on Monday, a spokesperson said: ‘Richard is a valued member of the Nine and Today family. He will remain with Today in 2019 and beyond.’