Rumours swirl Bridget Hustwaite could be heading to The Project

Triple J radio star Bridget Hustwaite has announced her departure from the radio station after making a guest appearance on The Project.

The 31-year-old music guru, who hosts the popular Good Nights program, will present her final show at the station next Thursday.

News.com.au has speculated that Hustwaite could be headed for a role on The Project.

Hustwaite has made two guest appearances on the Channel 10 panel show.

The publication reports that the radio presenter impressed Lisa Wilkinson.

The co-host described Hustwaite’s performance on The Project last month as ‘fabulous’.

Meanwhile, Hushwaite, who has been at Triple J for seven years, paid a tribute to her fans and colleagues on her social media ahead of her departure.

Posting to her stories on Wednesday, the fair-haired beauty described her time on the youth station as ‘a wild ride’. 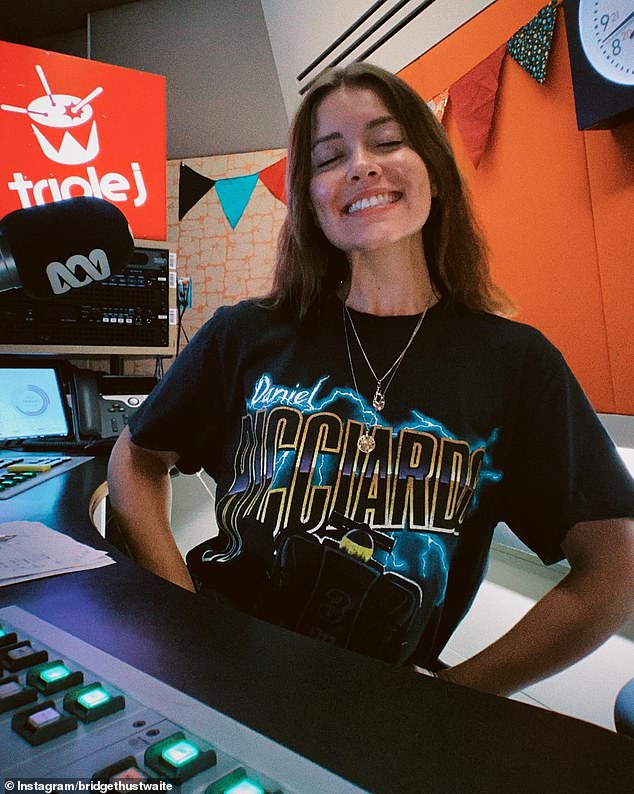 Hustwaite joined Triple J in 2015 as a guest presenter. She began hosting Good Nights in 2018

‘After seven years at the station and five as your friendly host of Good Nights, I have decided to leave @triple_j,’ she told her follower on Instagram.

Hustwaite joined Triple J in 2015, doing fill-in positions and the 1pm-6pm ‘graveyard shift’ as a part time presenter before being offered the prized Good Nights slot as a full-timer in 2018.

She used her farewell post to tease that she has another career move afoot, writng:’…you’re more than welcome to join me for this next chapter – I’m not done yet.’ 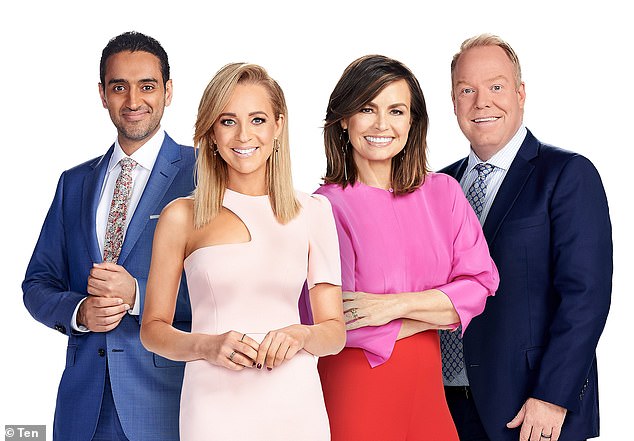 In addition to being one of the Triple J’s most popular presenters, she also raises awareness for endometriosis, after being diagnosed with the condition in 2018.

In 2020 Hustwaite published a book about the condition called, How to Endo.Triple J has announced that Latifa Tee will be replacing Hushwaite as host of Good Nights.

It comes after Channel 10 has faced a mass exit of its high profile presenters including The Project hosts, Lisa Wilkinson, Carrie Bickmore and Peter Helliar.

Insiders claim the network is ‘lacking direction and morale’ while dejected staff at the embattled network complain it feels like ‘a sinking ship’. 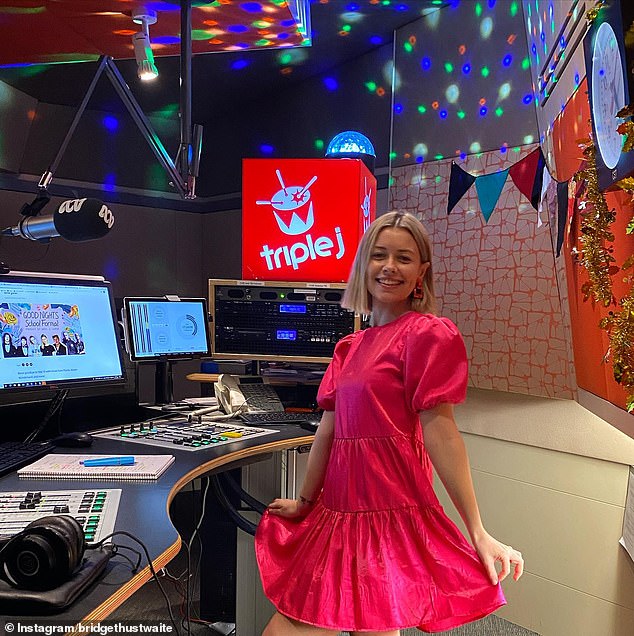 Hustwaite (pictured) used her farewell post on social media to tease that she has a career move afoot: ‘you’re more than welcome to join me for this next chapter – I’m not done yet’