Rupert Grint has become the fastest star to reach 1 million followers on Instagram, after joining the platform last week.

The actor, 32, reached the milestone in four hours and one minute, beating the previous record holder Sir David Attenborough, 94, who signed up in September.

Record-breaking! Rupert Grint, 32, has become the fastest star to reach 1 million followers on Instagram, after joining the platform last week to share the first snap of his daughter (pictured)

Rupert beat a slew of stars in reaching 1 million Instagram followers in record time, after joining the platform on November 10, according to Guinness World Records.

David had held the record for two months when he joined Instagram, reaching seven figures of followers in four hours and 44 minutes.

However the broadcaster’s account was run by the team behind his documentary Life on Our Planet, and while it is still available to view it is not longer active. 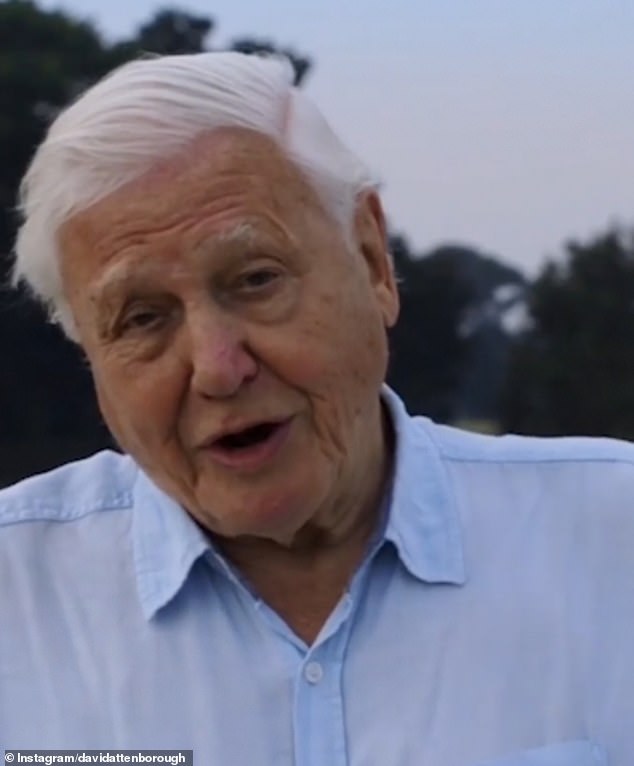 Icon: The record was previously held by Sir David Attenborough, after he recorded and posted videos to promote his new documentary Life On Our Planet 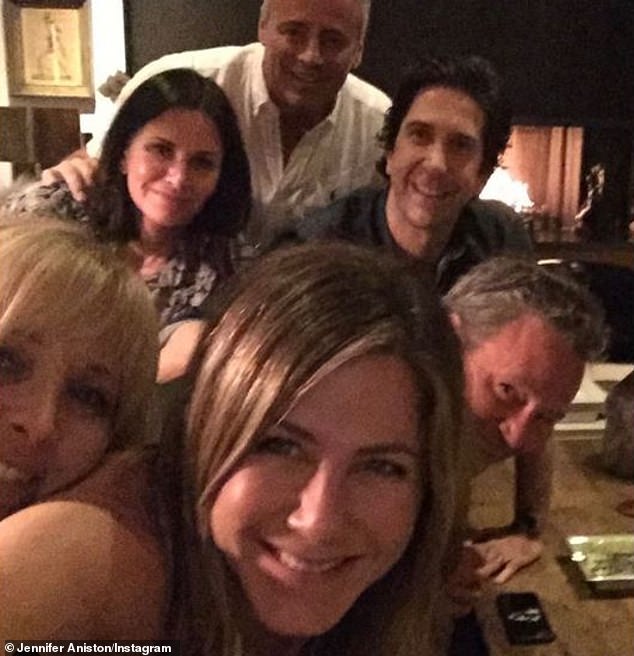 Amazing: Jennifer Aniston sent the site into meltdown when she finally joined Instagram in October 2019, with her first snap being a selfie with her Friends co-stars

Stars who soared to 1 million followers

Actress Jennifer Aniston sent the site into meltdown when she finally joined Instagram in October 2019, with her first snap being a selfie with her Friends co-stars, hinting a reunion could finally be on the cards.

The Duke and Duchess of Sussex also joined Instagram in April 2019, reaching 1 million followers in just five hours and 45 minutes.

The actor also gave fans their first glimpse of his baby daughter, as she flashed a smile while cradling his little girl on a yellow sofa.

Harlow native Rupert wrote in an accompanying caption: ‘Hey Instagram….only 10 years late, but here I am.

‘Grint on the Gram! Here to introduce you all to Wednesday G. Grint. Stay safe, Rupert.’ (sic)

The media personality may have taken inspiration from Wednesday Addams, the iconic daughter from Addams Family Values.

Rupert and his long-term partner Georgia, 28, had confirmed they became parents in May, just a month after revealing they were expecting their first child.

A representative for the thespian told MailOnline at the time: ‘Rupert Grint and Georgia Groome are excited to announce they are expecting a baby and would please ask for privacy at this time.’ 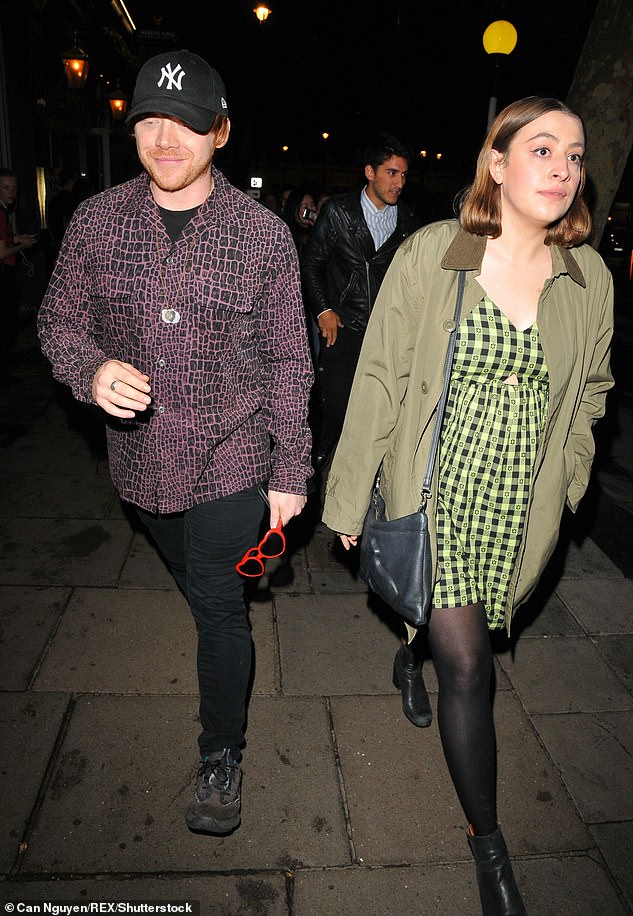 Surprise news: Last week Rupert joined Instagram to give fans their first glimpse of his baby daughter, who he welcomed with long-term girlfriend Georgia Groome in May (pictured 2019)

‘Only 10 years late, but here I am’: The screen star also wrote a playful message in an accompanying caption, revealing his daughter’s name was Wednesday 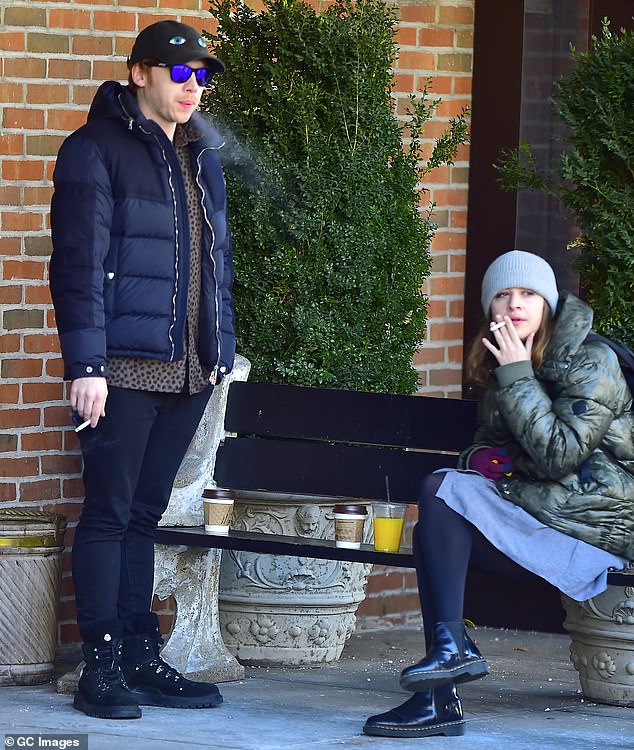 Rupert and actress Georgia, who’s famed for her role in Angus, Thongs and Perfect Snogging, have been together since 2011.

Last year, the pair sparked marriage rumours as the brunette was spotted wearing a gold band on her wedding finger during pub lunch.

In an interview with The Guardian in 2018, the Servant star opened up about his about settling down and revealed his hopes to have children someday.

He said: ‘Turning 30 felt strange. It just doesn’t feel like I’m there yet and I don’t know what the future holds. I’m just going to go with the flow, keep playing interesting characters and see what happens.

‘I’d like to settle down and have kids soon. If I had a son, would I call him Ron? It’s quite a good name, but probably not. And Grint’s a tough name to pair a one-syllable first name with.’ 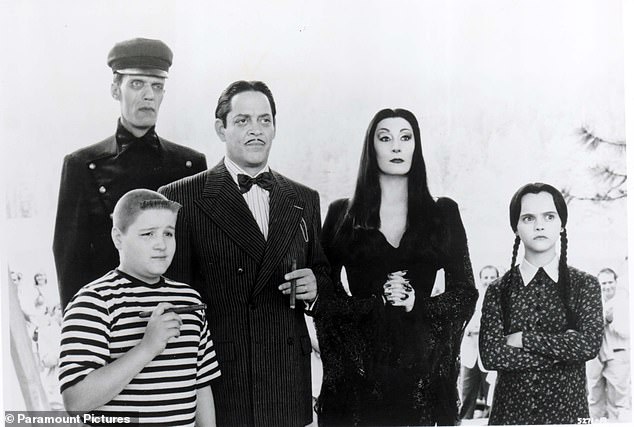 Homage? The media personality may have taken inspiration from Wednesday Addams (far right played by Christina Ricci in 1993 film), the iconic daughter from Addams Family Values 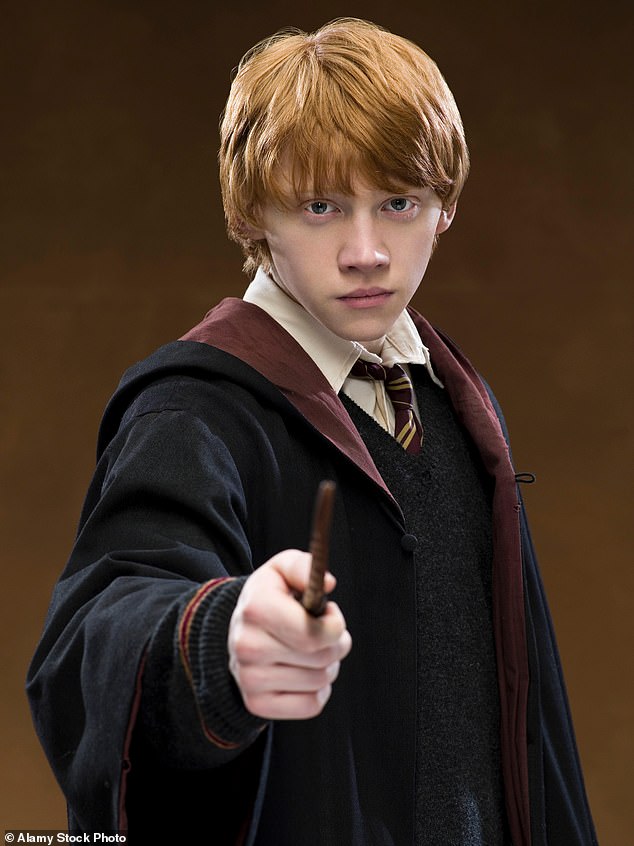 Iconic: The Harlow native rose to prominence for his portrayal of Ron Weasley in the award-winning Harry Potter film series (pictured in 2007)

Georgia, who is also said to have also dated actor Aaron Taylor-Johnson, is best known for playing Georgia Nicholson in the 12-year-old comedy film.

Rupert became a global superstar after starring as Ron Weasley in Harry Potter, making his first debut in 2001 and filming his final scenes in 2011.

Since the series, Rupert has starred in a slew of TV roles, including the sitcom Sick Note, the crime drama Snatch and a Poirot role in a series called the ABC murder. 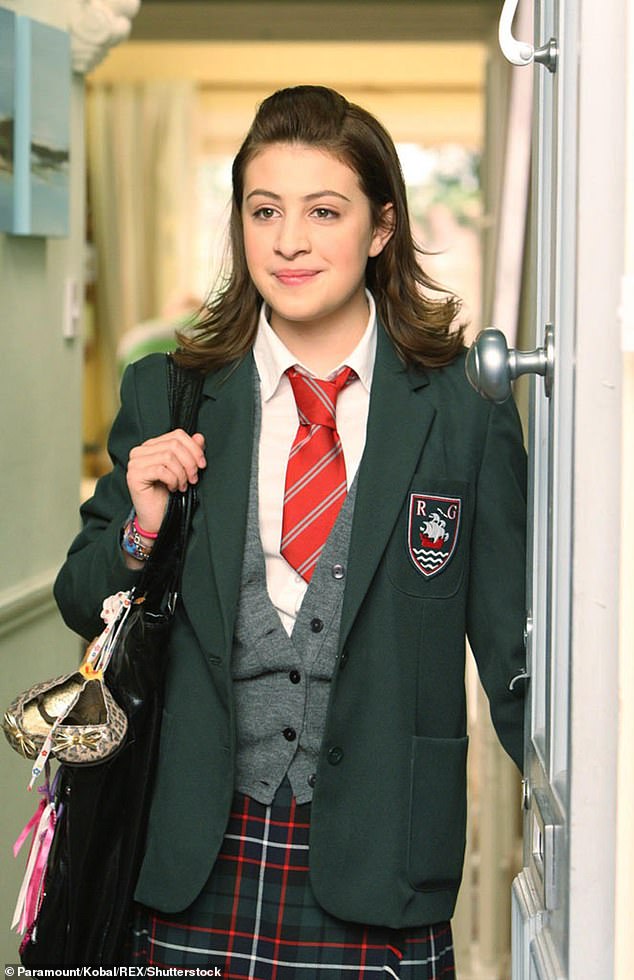 Rise to fame: Georgia is best known for her leading role in Angus, Thongs and Perfect Snogging (pictured in 2008)