The Australian mogul was not thought to ‘regularly’ read his British papers, instead depending on a daily call from the editor of The Sun, which had the effect of leaving him ‘very poorly informed’, newly released briefings show.

Relations were so chilly that No 10 even banned the Cabinet from attending a News Corp jamboree at Banqueting House on Whitehall to celebrate a 1993 Sky TV launch.

John Major’s Downing Street had little time for Rupert Murdoch, believing his print empire had ‘ceased to make rational criticisms of policy’ in favour of highly personalised attacks. Mr Major is pictured outside No 10 in 1993

The invitation caused consternation, with ‘alternative draft replies’ constructed by press secretary Gus O’Donnell being offered to the Prime Minister.

‘Do you want me to discourage other Cabinet ministers from attending the launch?’, he asked. ‘Yes’, Major replied, with a double underline.

However a hand-written note from Private Secretary Roderic Lyne reveals: ‘Home Sec, alas, has accepted. I have hinted that he might contract a diplomatic illness. We’ll see’.

The Home Secretary, Michael Howard, explained in cringing terms why he thought it best to attend, in a handwritten note to Major. 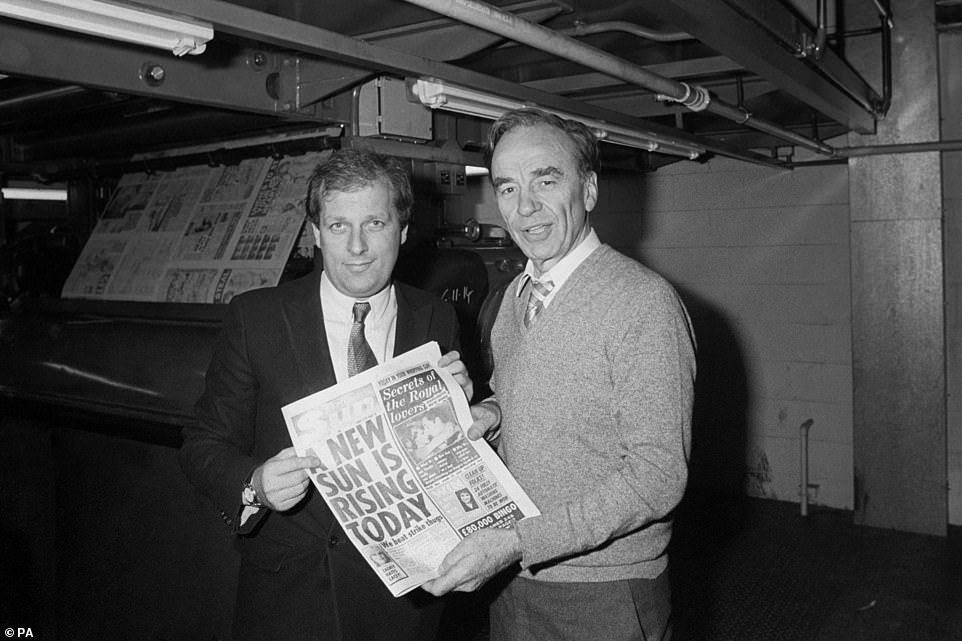 He pointed out he was holding a press conference the morning after the party, so faking an illness was off the cards, and besides, his attendance was only a ‘harmless, costless gesture’.

‘More fundamentally, though, this does raise the question of what tactics we should adopt towards the Murdoch press…we should need them at the next election.’

He added: ‘I have no idea whether politicians from other parties have been invited but I don’t think it would do us much good if e.g. Blair was there but no minister.’

Howard did attend the bash, and Downing Street noted with relief his attendance ‘was noted but not hugely exploited’. 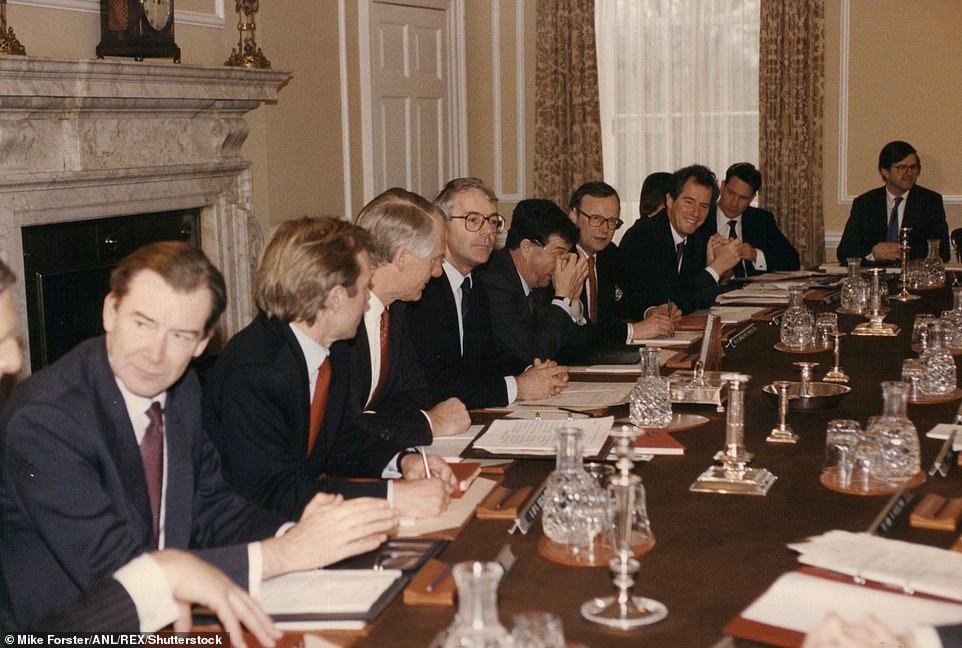 A further signal example of the dislike of Major administration for Murdoch has also been released. 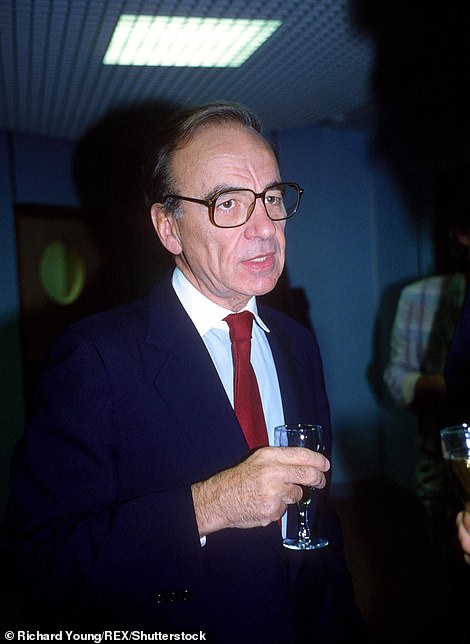 In a briefing sent by O’Donnell to the PM in August of 1993, the mandarin also made stinging claims about Murdoch’s (pictured in 1985) understanding of British current affairs

In a briefing sent by O’Donnell to the PM in August of 1993, the mandarin also made stinging claims about Murdoch’s understanding of British current affairs.

‘I was surprised to learn, give the worldwide scale of his business, that he phones [then Sun editor] Kelvin MacKenzie most days to keep up to date on the British scene.

‘God alone knows that Kelvin tells him, as he is often very poorly informed.. This explains why Murdoch frequently obtains very biased views of what is happening here.’

‘It is also clear’, he added, ‘that Murdoch is aware, in outline terms at least, of the line taken by his papers.

‘However, I very much doubt whether he reads them regularly’.

In an annex to the document, which was composed ahead of a meeting between Major and Murdoch, O’Donnell even comments on Murdoch’s choice of Times editor.

‘The Times is the paper that should be worrying Murdoch the most…It has had five editors in the last 10 years.

‘Rupert Murdoch must be wondering whether he should have held out for his first choice, Paul Dacre, who has increased the Daily Mail’s circulation by 5%, instead of [Peter] Stothard.’