RUSS MOULD: How to spot the next round of market winners

Fund management legend Sir John Templeton once asserted that ‘Bull markets are founded on pessimism, grow on scepticism, mature on optimism and die on euphoria’ and investors could perhaps use this framework to work out where are now in the (bull) market cycle.

It might just help them spot where value and future upside opportunities can be found and – just as importantly – avoid areas which are so popular they could be overvalued and capable of doing damage to portfolios, especially as it can be argued that some areas of the markets are becoming bubbly.

It is not easy to research an asset class, country or individual stocks, or what may be suitable funds, when no-one else is interested.

What will happen next? It is not easy to research an asset class, country or individual stocks, or what may be suitable funds, when no-one else is interested

It is harder still to avoid those which everyone is talking about with great excitement and therefore resist ‘fear of missing out,’ even if history suggests this is the best way to make premium long-term returns, as per Warren Buffett’s aphorism that ‘you cannot buy what is popular and do well.

The last 12 months are a fine example of how some careful, but not wilful, contrarian research could have yielded rich rewards.

As the pandemic began to make its presence felt, share prices plunged, oil collapsed into negative territory and Government bonds’ haven status meant their prices rose and yields fell. Cryptocurrencies were tossed aside amid the general panic, too.

Yet wind on a year, and: 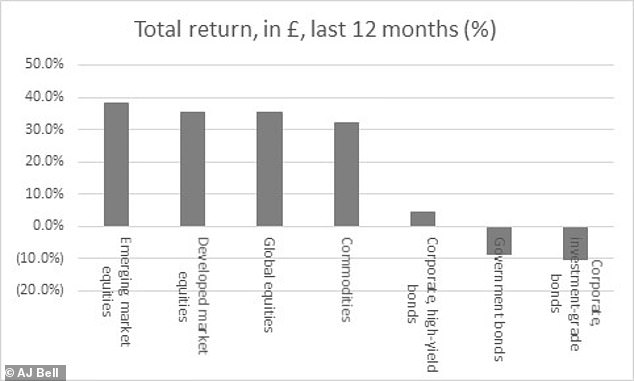 Returns: Total returns in different markets in the past year

Within equities, Latin America and Asia are doing best.

‘In the case of the latter, this may owe much to the relatively limited impact of COVID-19 upon their populations’ health and their economy, at least compared to the West and certain key emerging markets – although a resurgence in India is clearly a concern on so many fronts and Japan’s relative outperformance is ebbing as it declares a state of emergency in certain prefectures.

Asia will have also learned from prior outbreaks such as SARS and swine flu and was, in many cases, better prepared as a result. 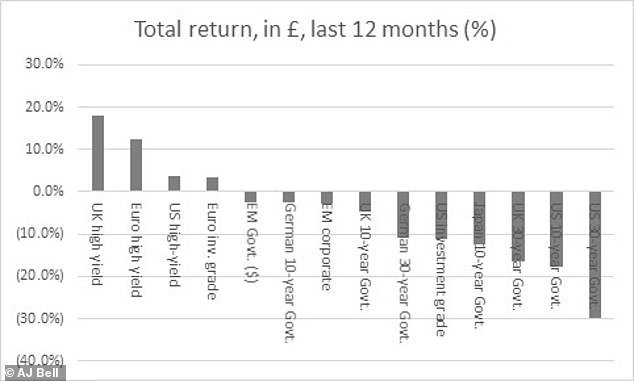 Fixed income in a fix: Total returns in different slices of the bond market over the last year 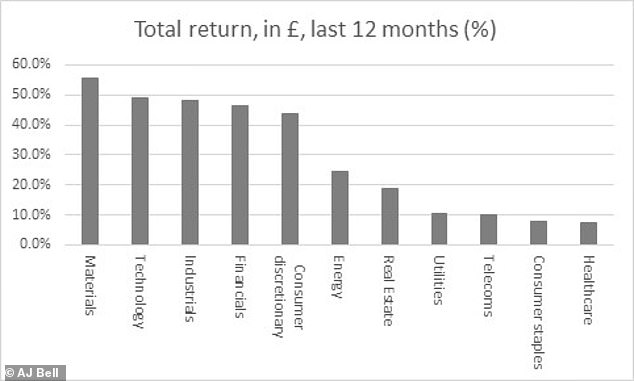 What’s in fashion? Returns by sector over the past year

Latin America’s rise to the top is not as easy to explain, given the dreadful suffering of the Brazilian people owing to COVID-19 and ongoing economic chaos in Argentina and Venezuela.

A recovery in commodity prices is one possible factor, while another is signs of inflation in Brazil, as well as the usual suspects, Argentina and Venezuela. Shrewd money may be heading for real assets (or at least paper claims on them, via shares) and feeling cash.

It is also interesting to note that US markets, while still doing well, are no longer the only game in town.

This is also reflected in sector performance. A year ago, technology was leading the way while defensive areas like healthcare were also popular with investors. Yet cyclical, turnaround sectors now lead the way, with defensives and income-generating bond proxies lagging badly.

All of this fits the prevailing narrative that the combination of vaccination programmes, Government fiscal stimulus and ultra-loose monetary policy from central banks will see the economy through the pandemic and provide a firm base for a robust economic recovery.

So too do the losses on long-duration Government bonds and the outperformance of high yield debt. The latter tends to correlate more closely to equities than it does fixed income. 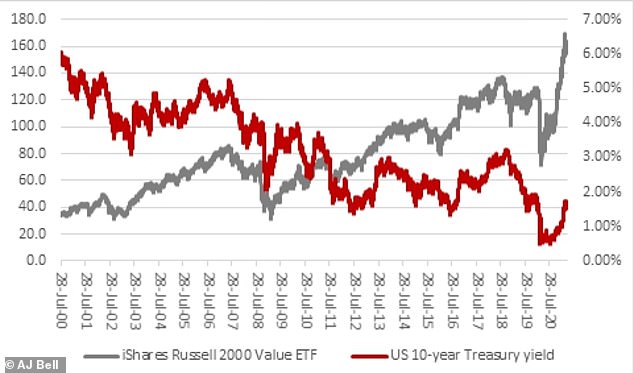 How value stocks, as measured by one popular tracker fund have fared in the last two decades.

A strong economic recovery would help to bring financially stretched firms back from the brink and leave them better placed to meet coupon payments and return principal upon maturity of their debt.

Increased Government bond yields (and lower prices) are a result of the market anticipating a strong (and possibly inflationary) recovery. 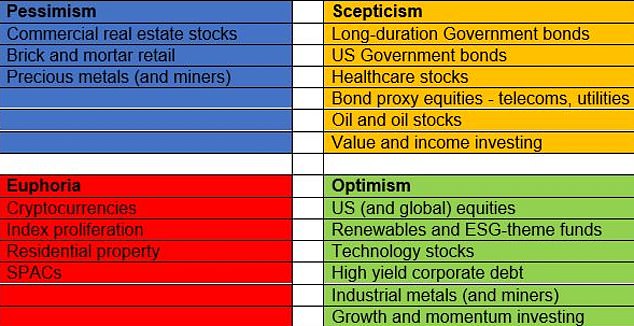 How the four-phases framework applies to current stock market conditions

This is also leading to a resurgence of interest in ‘value’ stocks, for want of a better term, those firms whose fortunes are closely linked to a recovery and may therefore be capable of offering rapid growth in near-term earnings.

A year ago, technology stocks – ‘growth’ – were in vogue, as they were seen as capable of offering increased profits almost whatever the economic backdrop and of doing so consistently over time.

This is an entirely subjective view, but analysis of those performance statistics means the major asset classes could be categorised in four ways, according to Sir John Templeton’s framework, as we head into summer 2021.

Euphoria – and optimism – are a lot easier to find than they were a year ago.

This is not to say that markets are primed for a collapse, but it may not take much to shake them up a bit as a result (even if the debt-laden Archegos and Greensill affairs are raising surprisingly few alarm bells so far, given the importance of borrowing to the foundations of both the global economy and the risk-on rally of the past year).

Scepticism pervades fixed income and Government debt, so anyone who fears disinflation or deflation more than inflation could take this as a cue to top up allocations.

Conversely, anyone who sees the world returning to normal quickly could seek out value on commercial property stocks or funds, especially those with exposure to office space.

Those portfolio builders who are wary of a market wobble – and suspect that central banks will respond with every greater monetary largesse in the event of one – may note with interest the underperformance of gold and miners of precious metals.