‘I enjoyed the game because I watched on TV’: Russell Crowe reveals he gave his USA v Australia basketball seats away after slamming organisers for terrible views in game one

Russell Crowe has revealed he enjoyed watching Australia make history in their win over the USA basketball team because he chose to watch it on TV.

The actor slammed the organisers of the friendly games that were held this week at the Marvel Stadium in Melbourne, after many spectators were left struggling to see.

Crowe, 55, was left so underwhelmed by the first game that he gave his tickets, which cost a whopping $1,500 each, to some young fans ahead of Saturday’s match.

‘Always priceless to see Australia make history. Congratulations. I enjoyed game 2 … because I decided to watch it on tv !!!’ Crowe wrote on Twitter.

‘Gave my tix away to a bunch of very excited basketball loving kids’.

Crowe attended the first game on Thursday night expressing his frustration after his premium courtside tickets had obstructed views. 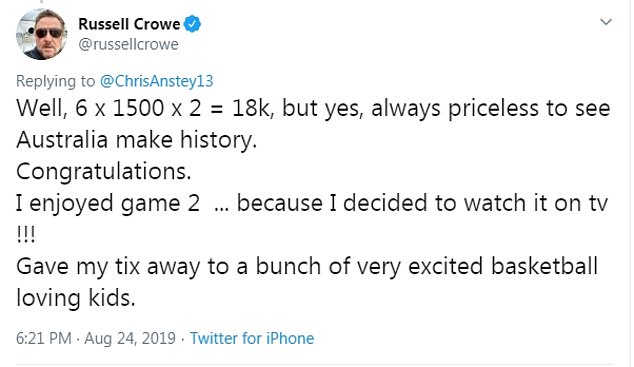 Despite the Boomers making history in their 98-94 win over the American heavyweights, fans were left disappointed at the stadium’s seating arrangements.

Along with Crowe, many took to Twitter to slam the event with several admitting they left to go watch the rest of the game at the pub.

‘Can’t see a thing. What a joke! How do I get a refund?’ another man tweeted. 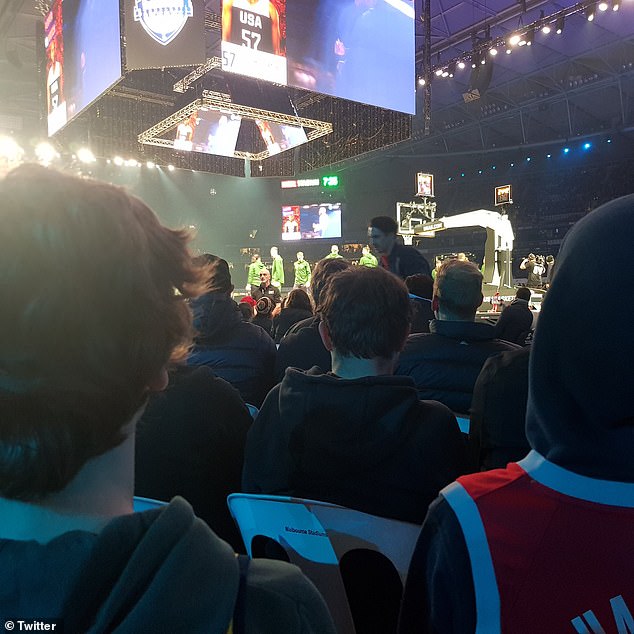 ‘Our view from $500 ‘VIP’ seats. Couldn’t see an inch of the court, and that’s with the chairs in front of us empty. A group in our row left at half time to watch the footy at the pub,’ another said.

Many fans had forked out hundreds of dollars for the highly anticipated event but demanded refunds after their views were so restricted.

NBA super stars including James LeBron and Stephen Curry were also promised in the line up despite not being listed on the USA team roster, leaving fans devastated. 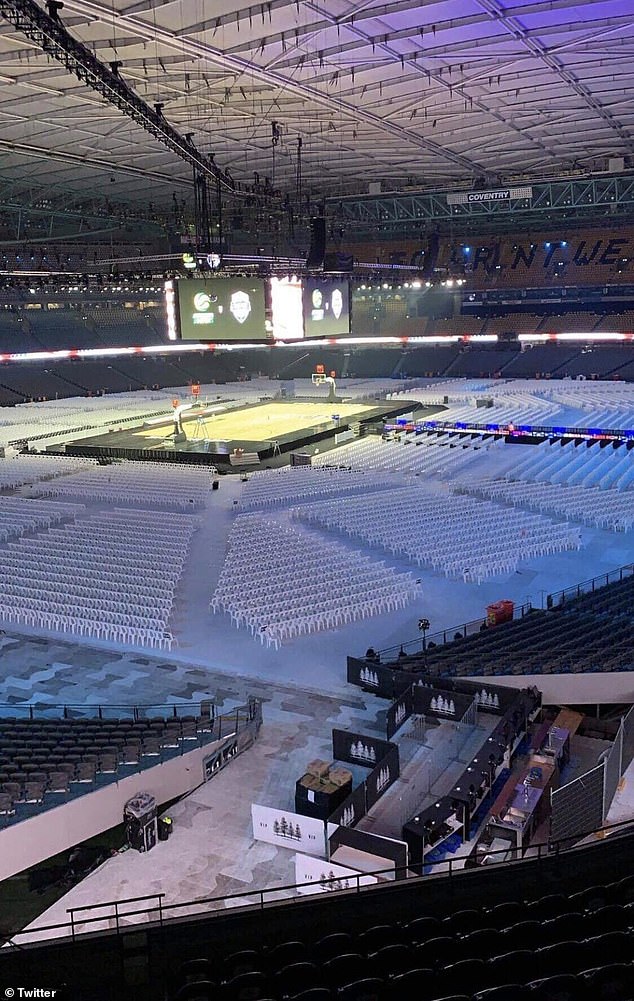 The basketball court was raised to accommodate for the 50,000 plus spectators that were in attendance at the two games (pictured)

The event’s organisers, Basketball Australia and TEG received so much backlash that the Australian Competition and Consumer Commission said they would investigate.

‘We’ve now added to that investigation whether or not consumers have been misled over the seating and the quality of the seating,’ ACCC chair Rod Sims told reporters in Sydney on Friday.

‘They were angry and wanted a refund,’ he said.

‘We can well understand that if something is advertised with certain elite players … if you don’t have the key players that could well significantly affect whether you’re still interested in attending.’