On Monday, Russell Crowe denied rumours of a new romance after he was pictured with his assistant while sunning himself by the side of a pool in Los Cabos, Mexico.

And this is not the first time the pair have been spotted spending time together.

Back in June – four months before the Mexican getaway – 53-year-old Russell and his assistant were seen bike riding together in Sydney’s Centennial Park.

Always by his side! Russell Crowe’s assistant pictured on a leisurely bike ride with actor months before pair were spotted relaxing by the pool in Mexico… as Gladiator star denies romance with pretty brunette

One picture shows Russell cycling ahead of the woman, with the pair joined by a security guard who trails along behind them.

The pair were later pictured pulled over, taking off their helmets as they sat on a park bench. 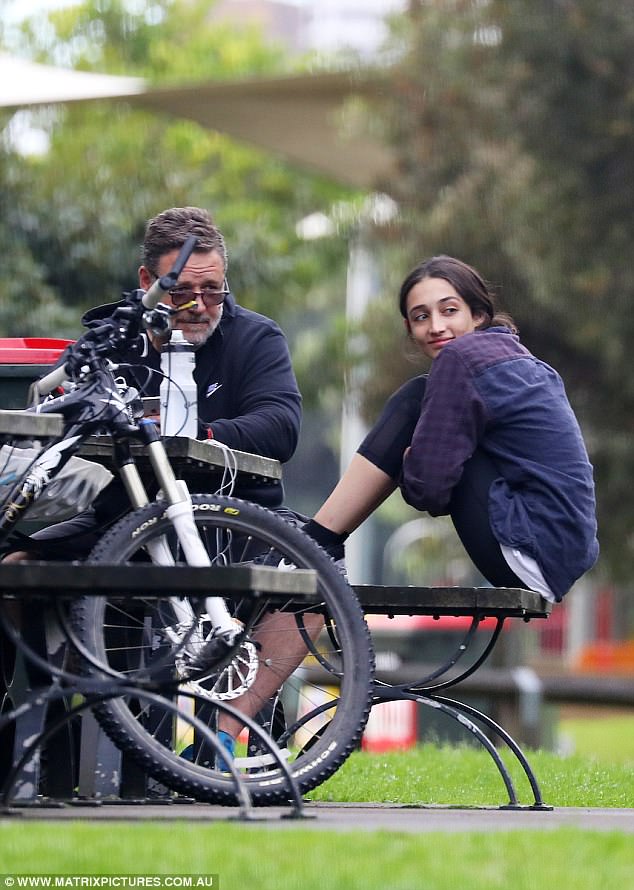 Leisurely: The pair were later pictured pulled over, taking off their helmets as they sat on a park bench

Despite the gloomy weather, Russell looked cool in a stylish pair of shades, while his assistant, who the actor denies he has any romantic connection with, wore a purple shirt and a tight pair of leggings.

On Monday, the star took to Twitter to slam rumours of a new romance after pictures emerged of the pair in Mexico. 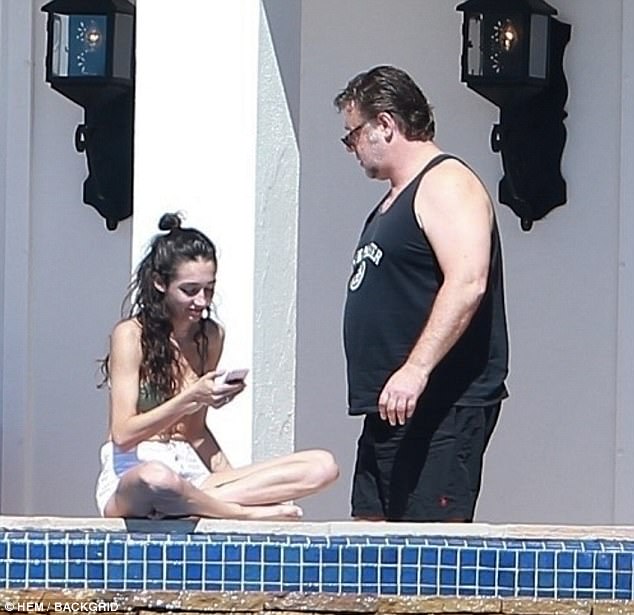 Hitting back! On Monday, the star took to Twitter to deny he was in a new romance after pictures emerged of the actor and his assistant in Mexico

‘Been told there are pics of me “on holiday with a young woman” in Mexico,’he wrote.

The star added several hashtags to the post, clarifying who the woman was and why they were in Mexico together. 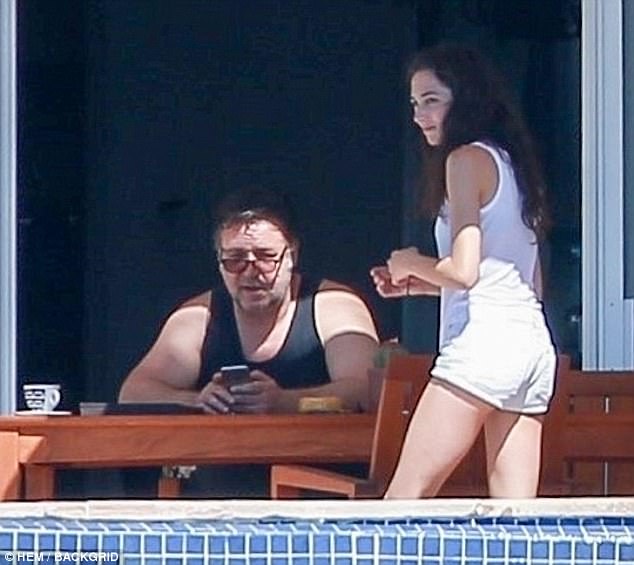 Business as usual! Russell also wrote that he and the woman were in Mexico for a meeting 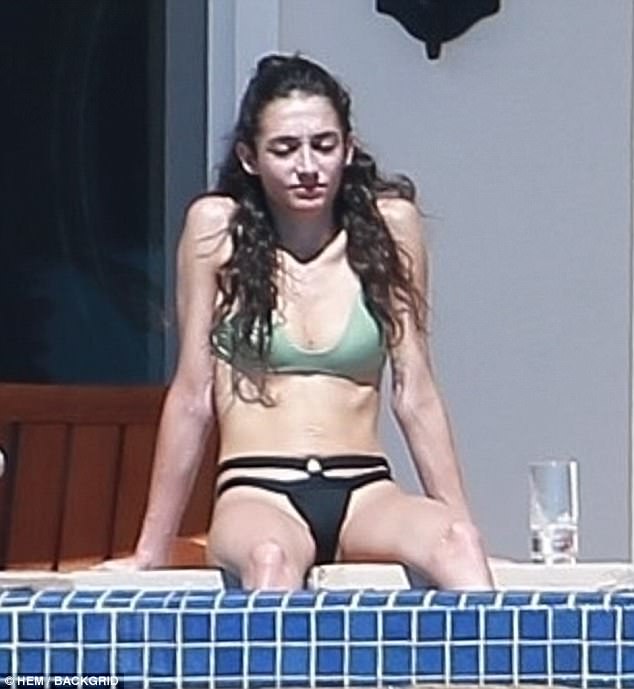 Soaking up the sun: The woman showed off her slender physique in black bikini bottoms and a pastel green bikini top

In the Mexico images images, Russell and the woman are seen relaxing poolside in the touristy city.

The brunette beauty showed off her slender physique in a white tank top and thigh-skimming shorts and could be seen checking her phone.

At one point, the woman had stripped down to her swimwear, donning black bikini bottoms which she matched with a pastel green bikini top. 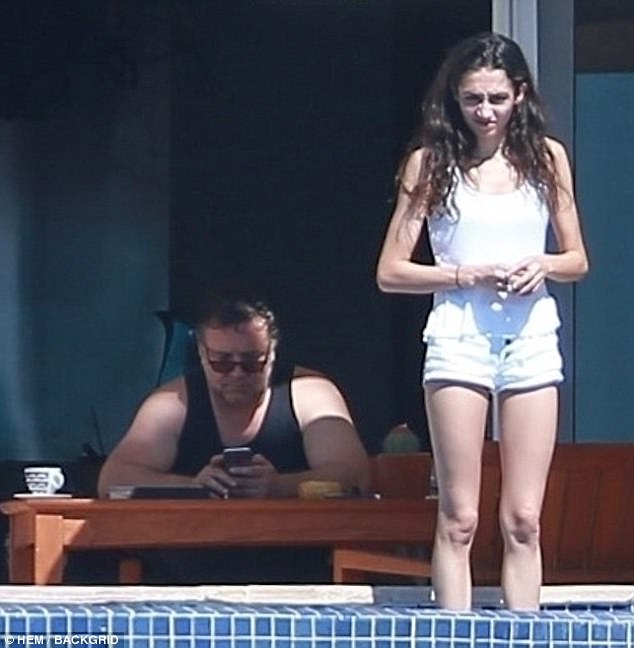 Distracted?  Russell sat at a table on the patio and was absorbed with his phone before joining the woman poolside 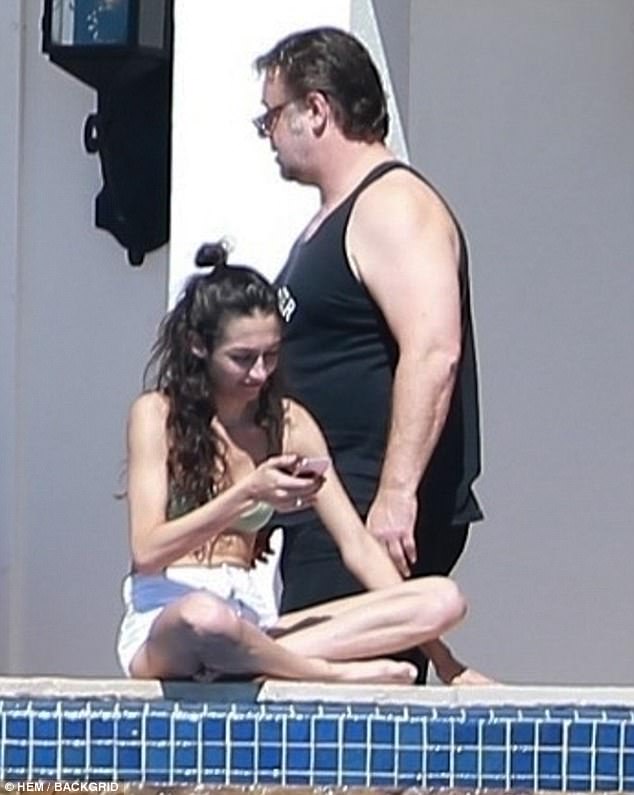 Looking relaxed: Russell sported a fuller figure as he interacted with his assistant

Soaking it in! The duo were spotted enjoying the sun poolside

Russell sported a fuller figure as he interacted with his assistant, wearing a sleeveless black singlet teamed with shorts in a similar shade.

The actor sat at a table on the patio and was absorbed with his phone before later joining the woman by the pool.