Rabbitohs big man Tom Burgess has recalled the details of his first Souths contract encounter with movie star Russell Crowe – who was on horseback when they met on a London movie set in front of fellow actor Sacha Baron Cohen.

The Bunnies prop travelled to London before the 2013 season to talk with the Aussie film superstar while he was on set filming Les Miserables at the world-famous Pinewood Studios.

Tom Burgess bursts through the Tigers defence during Round 16 2021, where he ran 3755 metres across the season – his season record throughout a 10-year career

‘It was an unreal experience. I walked in on set and he said, “Sit down, I’m about to shoot a scene”. He came in on horseback. [Fellow actors] Anne Hathaway and Sacha Baron Cohen were both there,’ Burgess told the Sydney Morning Herald.

‘I had actually met Sacha Baron Cohen years ago, just randomly, and he remembered me because of the twin thing [with George Burgess].

‘Russell is very passionate about Souths. He asked, “Is this what you want to do?”, and wanted to make sure I was all in. It was a verbal contract. He’s big into them. He’s been awesome for our family. We wouldn’t be here without him.’ 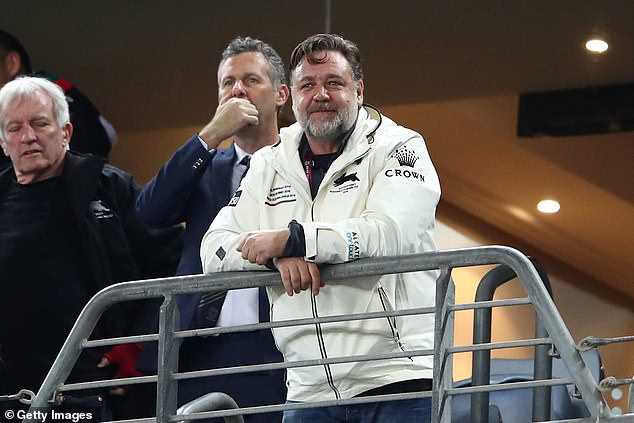 The twin of Dragon George Burgess fell in love with the Australian lifestyle when visiting Sydney in 2011 and made it known to Crowe that he was eager to move from England to play with his brothers in Redfern.

Burgess, 30, was the last of the famous English brothers to debut for South Sydney, playing his first game for the Rabbits in 2013.

This Saturday he will become the first of the four brothers to reach 200 NRL games, a feat that moves him closer to the statistic of no English born NRL player logging the elusive 300. 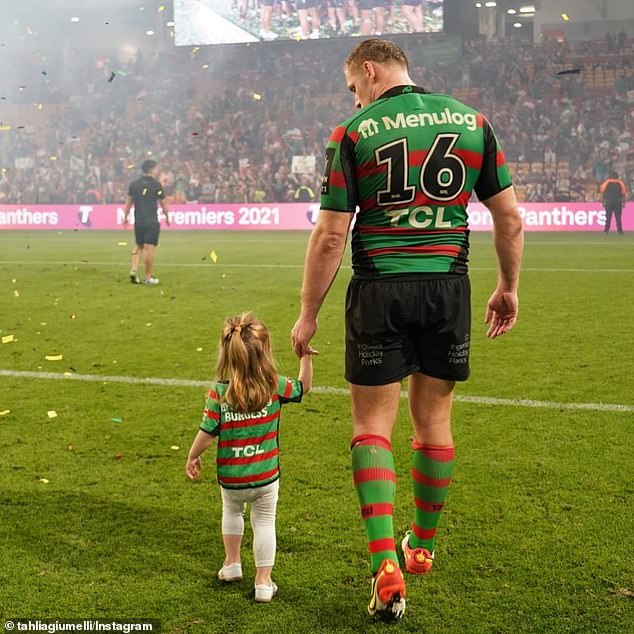 The 120kg wrecking ball has been dubbed as the ‘best Burgess’ by Souths coach Jason Demetriou, with his 2022 season figures proving his worth to the club.

Burgess has averaged 131 run metres and broken 23 tackles in 11 appearances for the red and green this year.

Crowe joined the Rabbitohs ranks in 2006 and currently has a 25 percent stake as owner of the club.

The 58-year-old who starred in Gladiator, poached former Rabbitohs captain Sam Burgess in 2012 after arranging to meet the 2014 premiership winner at the Robin Hood set in Southern England. 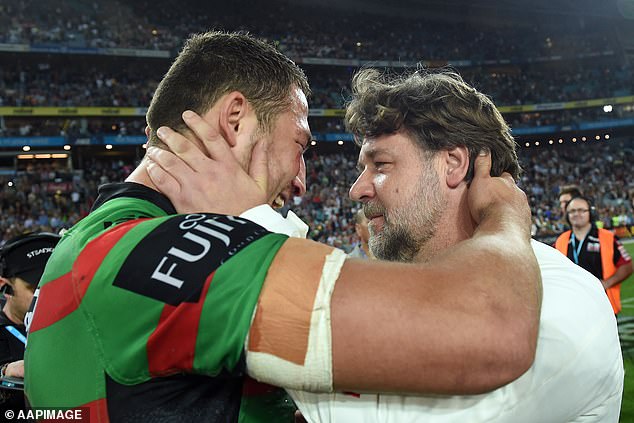 Burgess has credited his fitness to in-season alcohol limitations and has managed to keep his name out of scandals which have caught out brothers Sam and George.

The English international said while his contract ends at the close of 2023, he would love to remain a one-club player.

South Sydney face off against the 15th placed Titans on Saturday afternoon.