As an international movie star, Russell Crowe no doubt has a jam-packed schedule.

But the 53-year-old wasn’t letting his successful career get in the way of family time.

On Monday, the Gladiator actor looked almost unrecognisable while shooting some hoops with his assistant, as well as his 11-year-old son Tennyson, at North Bondi basketball courts in Sydney.

Is that you, Rusty? Russell Crowe looked unrecognisable with a bushy beard as he played basketball with son Tennyson in Sydney on Monday 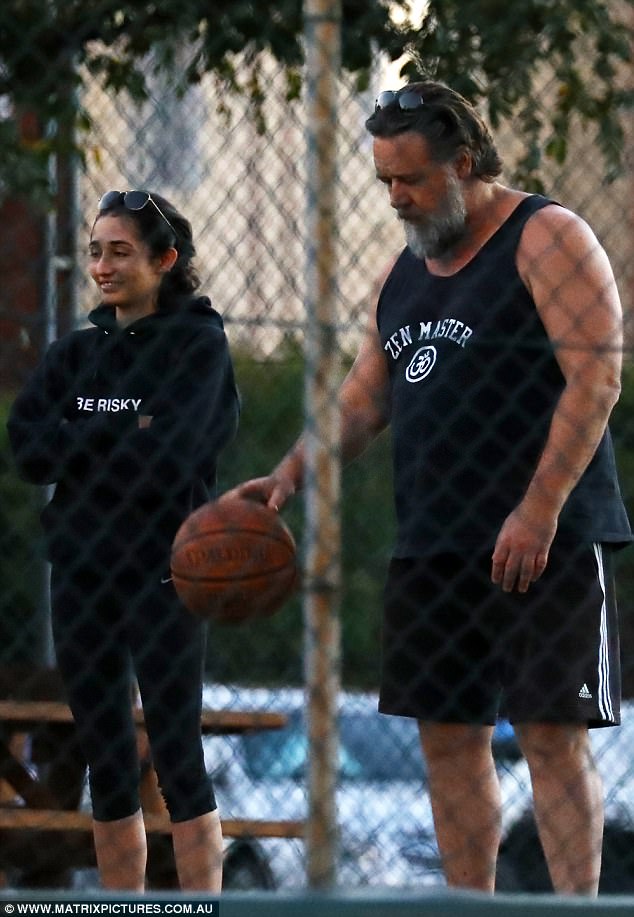 The movie star, who was sporting a full bushy beard, looked ready for action with his attire, wearing a sleeveless black Zen Master top paired with Adidas shorts in a similar hue.

His assistant, who regularly accompanies Russell around the globe to lend a helping hand, was similarly dressed.

She opted for a black hoodie with the words ‘Be Risky’ emblazoned across the front and added black tights and sunglasses to complete the sporty ensemble. 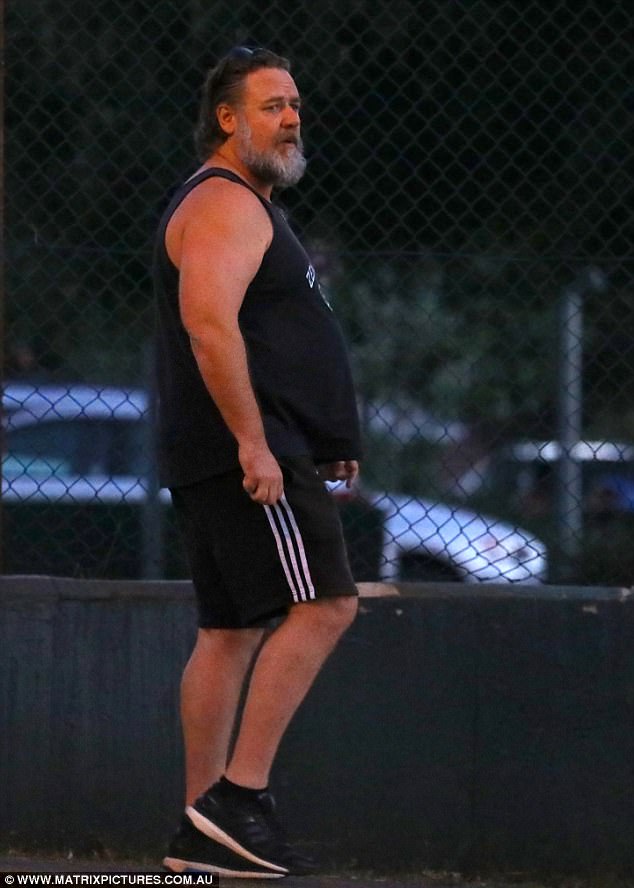 Time out: Russell was enjoying some down time with his son

Relaxed: The star looked relaxed during the father-son outing 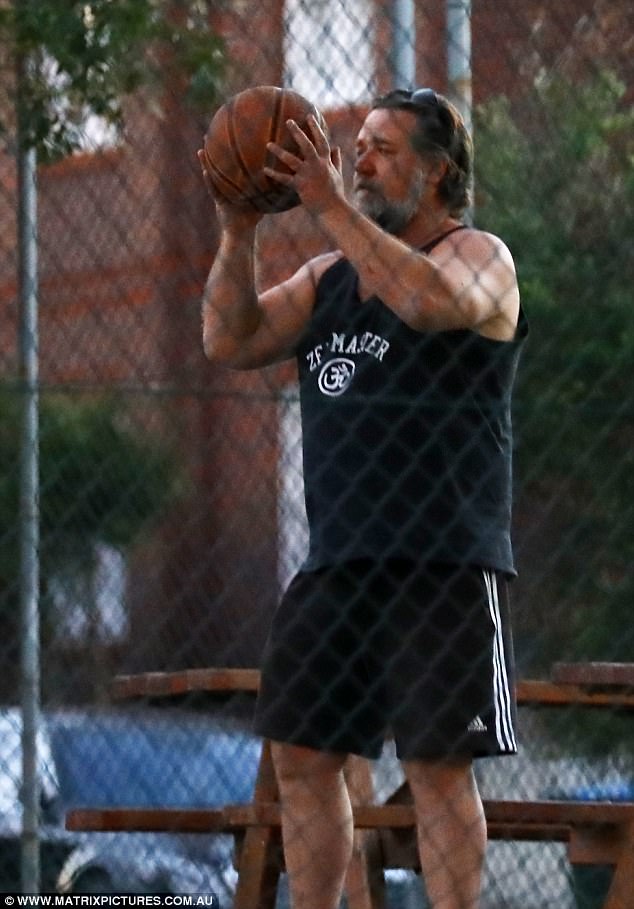 Game on! Russell appeared ready for action as he energetically tossed around the ball 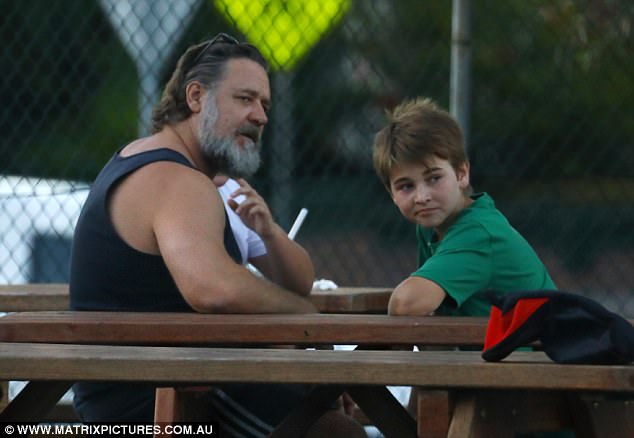 Doting dad: Russell took time away from his busy schedule to hang out with Tennyson ‘Be risky!’ The Hollywood star and his son Tennyson were joined by Russell’s assistant 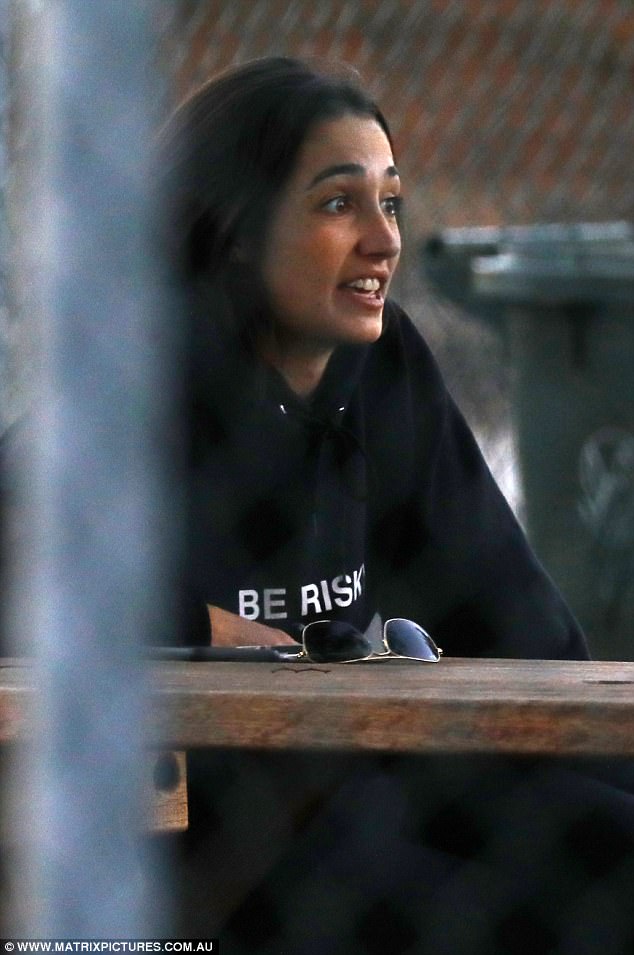 Hitting back: Last October, Russell denied rumours of a romance with the brunette after they were spotted together in Los Cabos, Mexico

A rugged-looking Russell was joined by his son Tennyson, who he shares with ex-wife Danielle Spencer.

Russell rocked a very serious facial expression as he concentrated on trying to sink the shot while Tennyson was like a miniature version of his dad as he seamlessly pulled off a similar move.

The group were also snapped resting courtside as they sat on a wooden picnic table and chatted. 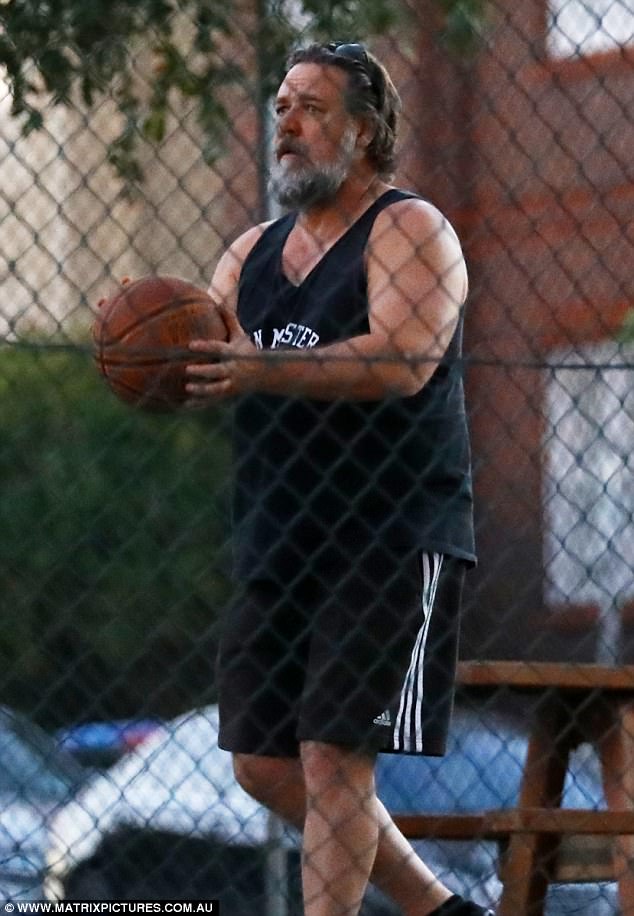 Giving it a red hot go: Russell sported a beard while wielding a basketball 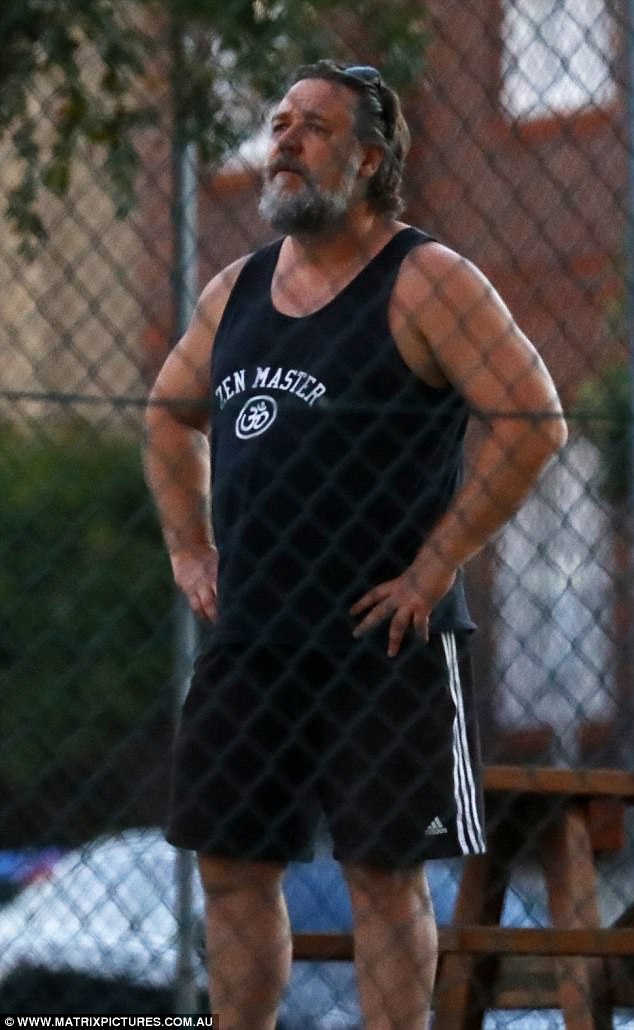 Downtime: The Kiwi-born actor cut a relaxed figure as he stepped out in Sydney’s North Bondi

Big shot: Russell’s face was the picture of concentration as he attempted to score a goal

Last October, the Kiwi-born star denied rumours of a romance with the young brunette after he was spotted spending time with her in Los Cabos, Mexico.

Taking to social media, Russell Crowe shut down speculation of a relationship, claiming the pair were in Mexico for work purposes.

‘Been told there are pics of me ‘on holiday with a young woman’ in Mexico,’ Russell tweeted at the time. 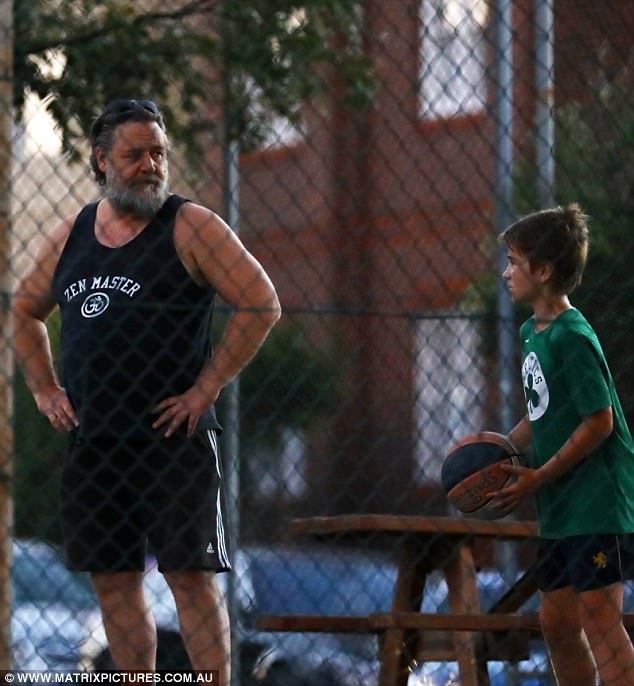 Family affair: The star appeared to enjoying quality time with the youngster 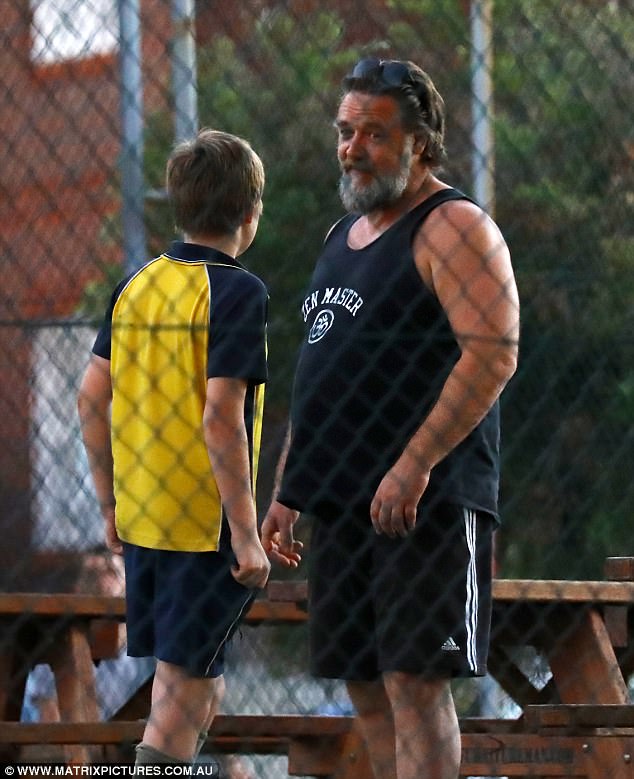 Dressed for the part: Russell rocked all-black sports attire and perched sunglasses above his head

The star added several hashtags to the post, clarifying who the woman was and why they were in the Spanish-speaking country. 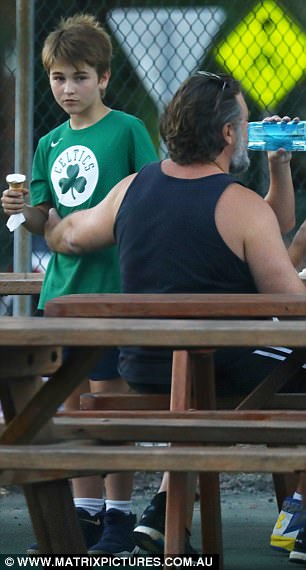 Family bond: Russell, who shares Tennyson with his ex-wife Danielle Spencer, could be seen putting his arm around his son