Russia’s Foreign Minister has called for sanctions on North Korea to be lifted and invited Kim Jong-un for a meeting in Moscow as he met with the dictator in Pyongyang on Thursday.

Sergei Lavrov was welcomed with open arms by Kim as he flew into the hermit kingdom in an apparent bid to curry favour ahead of the crucial summit between North Korea and the US in Singapore next month.

‘It is absolutely obvious that, as we start discussions on how to resolve the nuclear problem on the Korean Peninsula, it is understood that the solution cannot be comprehensive without the lifting of sanctions,’ Lavrov said in a press conference. 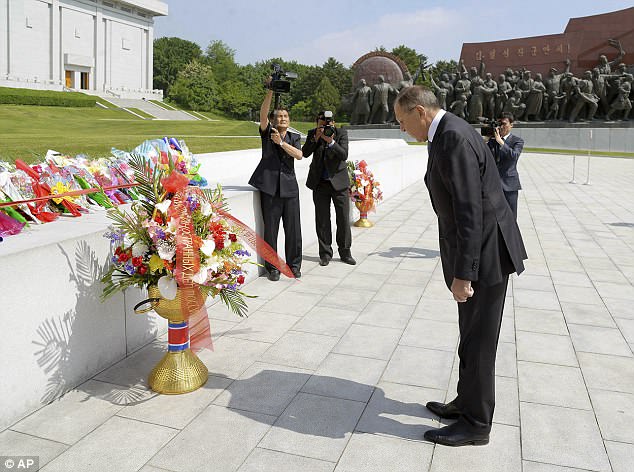 He also urged the state to hold off on relinquishing their nuclear weapons until tangible action had been taken to lift the economic stranglehold.

‘This cannot be achieved at one go’, he added. ‘There can be no immediate denuclearisation, this should be done step by step and all sides should go half-way during every single phase of this process’.

The meeting was the first ever between the North Korean leader and a Russian official – and Lavrov used the opportunity to invite Kim for a return fixture in Moscow.

‘Come to Russia, we’ll be very happy to see you,’ Lavrov told Kim in remarks released by the Russian foreign ministry. 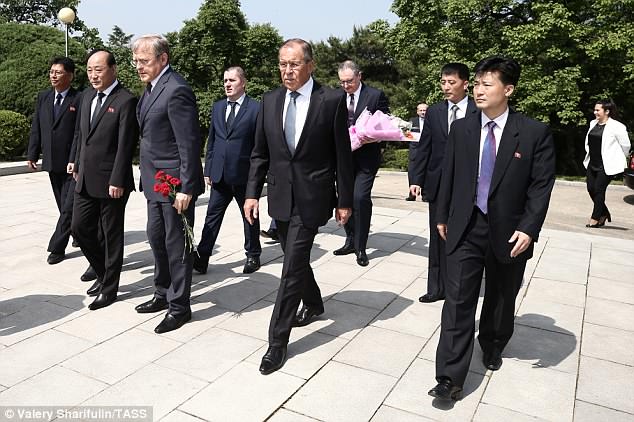 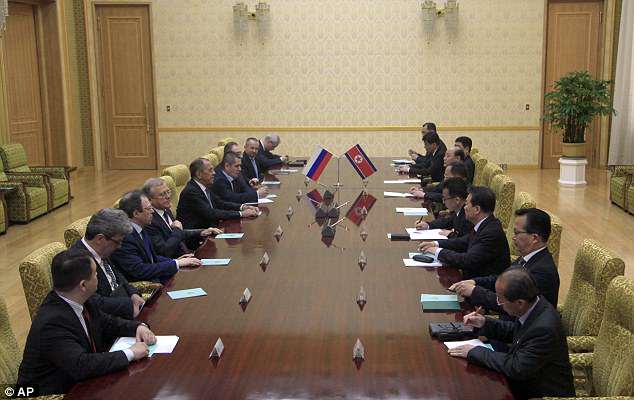 Lavrov passed greetings from Russian President Vladimir Putin to Kim, saying he wished him success in the ‘major undertakings that have been initiated on the Korean peninsula’, the ministry said in a statement.

The meeting between Lavrov and Kim lays bare Russia’s desire to involve itself in diplomatic relations between North Korea and the US ahead of next month’s crucial summit.

President Trump and Kim will fly into Singapore for a meeting on June 12 to discuss the potential for denationalization and greater cooperation between North and South Korea.

The on-off summit looks to be going ahead as planned despite a recent declaration by President Trump that it would not be going ahead. 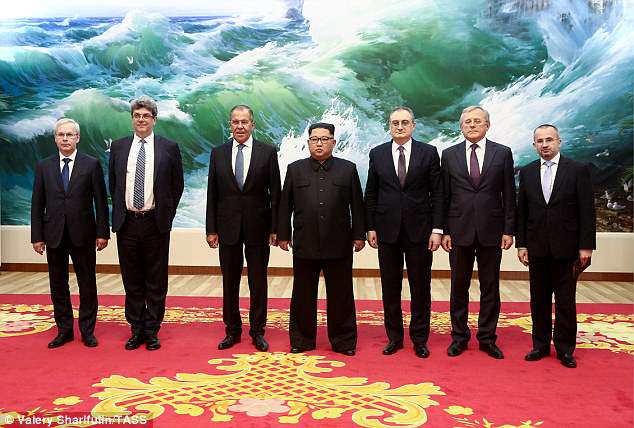 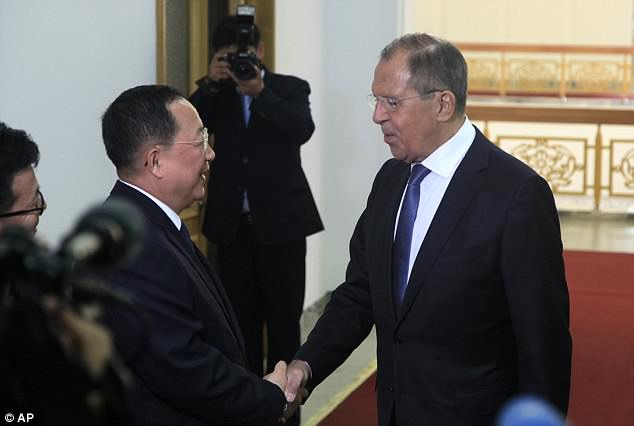 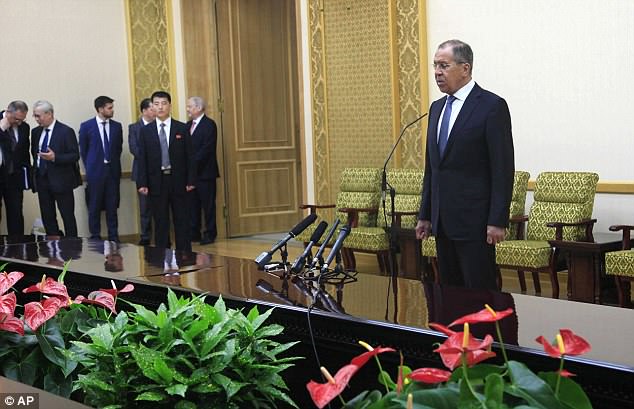