Russia earned £80BILLION in fossil fuel exports during first 100 days of war, with most bought by EU

Russia earned £80BILLION in fossil fuel exports during the first 100 days of the war, with the majority bought by the EU, study finds

By Jack Newman For Mailonline and Afp

Russia earned £80billion from fossil fuel exports during the first 100 days of the war in Ukraine with most sent to the EU, it has been revealed.

A report from the independent, Finland-based Centre for Research on Energy and Clean Air (CREA) found the EU took 61 per cent of Russia’s exports, worth about £49billion. 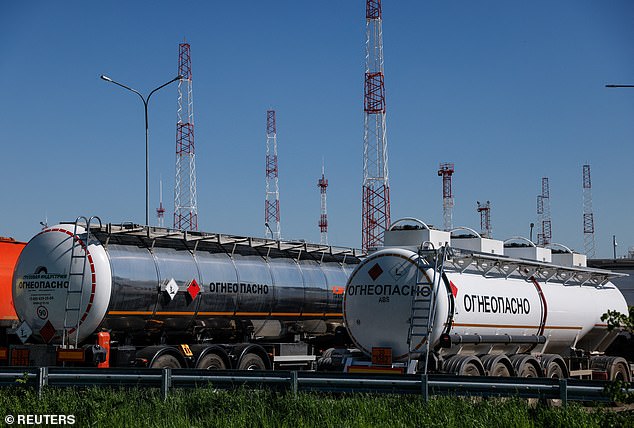 It comes as Kyiv urges the West to sever all trade with Russia in the hopes of cutting off the Kremlin’s financial lifeline.

Earlier this month, the EU agreed to halt most Russian oil imports, on which the continent is heavily dependent.

Though the bloc aims to reduce gas shipments by two-thirds this year, an embargo is not in the cards at present.

Even as Russia’s exports plummeted in May, with countries and companies shunning its supplies over the Ukraine invasion, the global rise in fossil fuel prices continued to fill the Kremlin’s coffers, with export revenues reaching record highs. 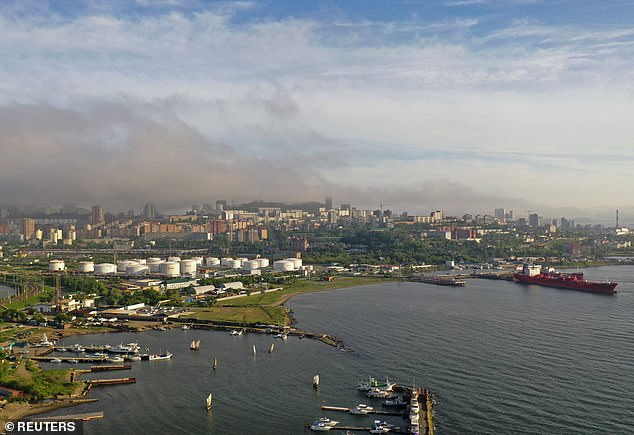 According to the report, the EU took 61 per cent of Russia’s fossil fuel exports during the war’s first 100 days, worth about £49billion

Russia’s average export prices were about 60 per cent higher than last year, according to CREA.

Some countries have upped their purchases from Moscow, including China, India, the United Arab Emirates and France, the report added.

‘As the EU is considering stricter sanctions against Russia, France has increased its imports to become the largest buyer of LNG in the world,’ said CREA analyst Lauri Myllyvirta.

Since most of these are spot purchases rather than long-term contracts, France is consciously deciding to use Russian energy in the wake of Moscow’s invasion of Ukraine, Myllyvirta added.

He called for an embargo on Russian fossil fuels to ‘align actions with words’.