Russia is now Ukraine’s largest arms supplier and fully half of its tank fleet was likely captured from Moscow’s men, it has been revealed on Putin’s 70th birthday.

It means that, in terms of pure numbers, Russia is now easily the largest supplier of weapons to Ukraine – outpacing all other allies combined.

British military intelligence believes that half of Ukraine’s tank fleet may now be made up of vehicles that Russia’s demoralised troops effectively handed over. 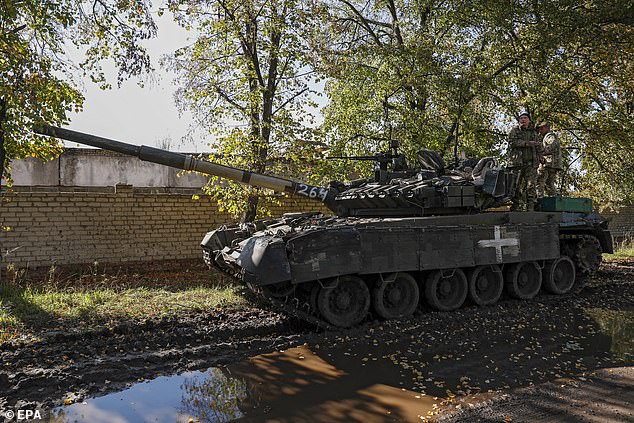 Ukrainian tank crews stand on top of a captured Russian tank in Kharkiv oblast, where hundreds of vehicles were left behind in working or near-working condition

A Ministry of Defence update this morning said: ‘Re-purposed or captured Russian equipment now makes up a lar proportion of Ukraine’s military hardware.

‘Ukraine has likely captured at least 440 Russian main battle tanks, and around 650 other armoured vehicles since the invasion.

‘Over half of Ukraine’s currently fielded tank fleet potentially consists of captured vehicles.

‘The failure of Russian crews to destroy intact equipment before withdrawing or surrendering highlights their poor state of training and low levels of battle discipline.

According to analysts at the Wall Street Journal, Ukraine has captured a total of 421 main battle tanks from Russia while all its other allies combine have supplied 320.

For armoured vehicles, the statistics are even more stark: 445 captured from Russia, compared to 210 they have been supplied with.

Only when it comes to multiple-launch rocket systems – such as HIMARS – does Wester-supplied gear outstrip what has been captured, but only barely: 70 donated compared to 44 captured. 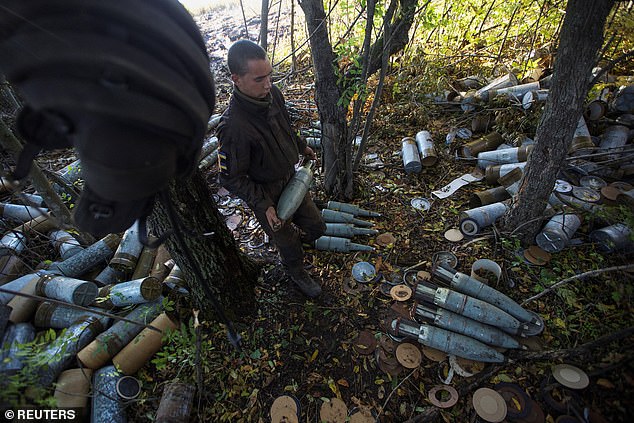 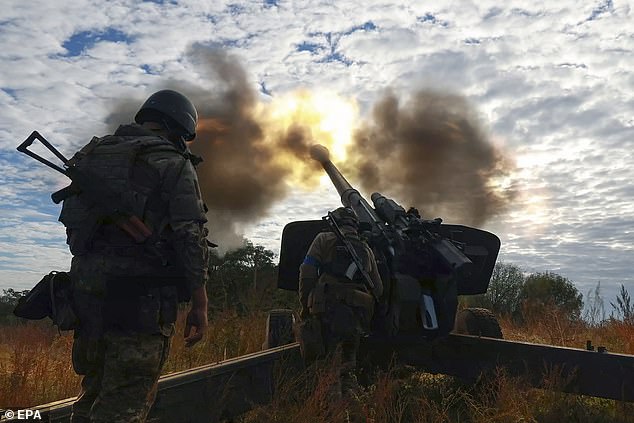 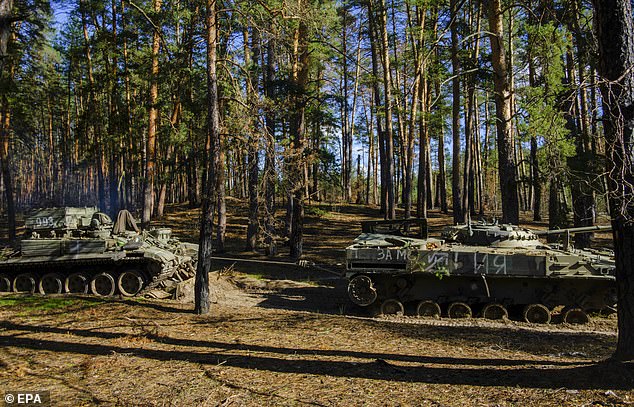 Ukrainian soldiers tow a captured Russian armored vehicle (right) to be repaired and sent back to the frontlines in Rudneve village, Kharkiv oblast

And, crucially, Ukraine’s Kharkiv offensive allowed them to capture huge caches of Soviet-standard artillery shells that it had almost run out of.

Soviet era guns, which make up the mainstay of Ukraine’s armed forces, fire a different calibre of shell than NATO guns – meaning Ukraine’s allies could not supply it, and Russia was obviously not willing to trade.

The information was revealed on the same day that Putin turns 70, with fellow despot Kim Jong Un wishing him a happy birthday today.

North Korea’s main state-owned newspaper, Rodong Sinmun, said Kim had sent his counterpart in the Kremlin a letter of congratulations.

Chairman Kim told Putin that ‘Russia is reliably defending the dignity of the state and its fundamental interests from the challenges and threats by the US and its vassal forces,’ according to the newspaper.

‘Such reality is unthinkable without your distinguished leadership and strong will,’ it added.

Russia’s invasion of Ukraine is now into its eighth month of fighting, with Putin’s forces being pushed back on two fronts.

Ukraine’s assault in the north, which recaptured almost the whole of the Kharkiv region in just a few days, has now pushed on to neighbouring Donetsk and Luhansk oblasts, with towns in both regions being liberated. 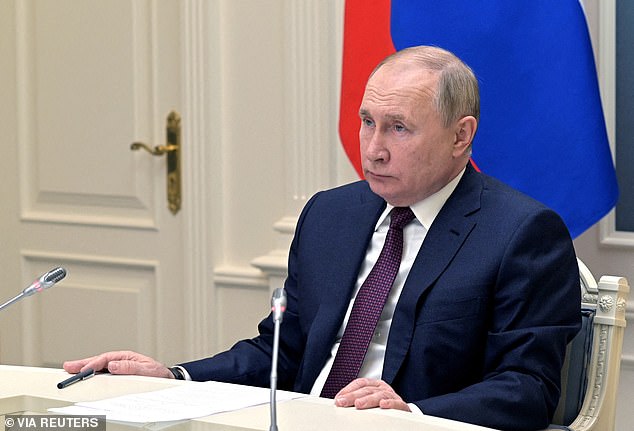 Meanwhile, in the south, a months-old offensive in the Kherson region finally yielded fruit this week as Russia abandoned its forward defensive lines and beat a retreat.

The withdrawal was not as chaotic as in the north, but it still allowed Ukraine’s troops to capture dozens of towns and villages in quick succession before reaching Russia’s secondary defensive line around 12 miles away.

Putin’s troops in Kherson are now being squeezed into a smaller and smaller pocket of territory on the west bank of the Dnipro River, and have no easy way to retreat after Ukraine took out the main bridge crossings.

There are thought to be around 15,000 of Putin’s best troops defending the west bank under strict orders from the Kremlin not to give it up.

Should they be defeated, it could mean the destruction or capture of the best part of Russia’s remaining army and would call into question their ability to hold on to any of the territory they have taken so far.

The losses in Kherson, Donetsk and Luhansk are also particularly embarrassing for Putin as he annexed all three of those regions to Russia last week, declaring them to be part of the mainland.

It means that only one region he annexed – Zaporizhzhia – has not seen any land fall into Ukraine’s hand since Putin’s annexation speech, but Russian propagandists are warning that Kyiv is preparing to launch an offensive there as well.