The Russian navy has launched four ballistic missiles from under the surface of the White Sea.

It is the first time four missiles have been simultaneously launched from one vessel of the kind used in the exercise, which according to reports was the biggest of its kind since the Cold War. The test was conducted by the Yuri Dolgoruky, a Project 955 Borey-class vessel

Footage released by the the Russian Defence Ministry shows the enormous missiles emerging from the water.

They were aimed at designated targets in the Kura range in the Far Eastern Kamchatka region, the press service of the Russian Northern Fleet said on Tuesday, TASS reported.

The submarine Yuri Dolgoruky is the Project 955 Borey-class lead vessel and is armed with a set of 20 Bulava sea-launched intercontinental ballistic missiles and also with torpedoes.

The sub, which can also be armed with cruise missiles, has a full displacement of 24,000 tonnes, is about 160 meters long and 13 meters wide. 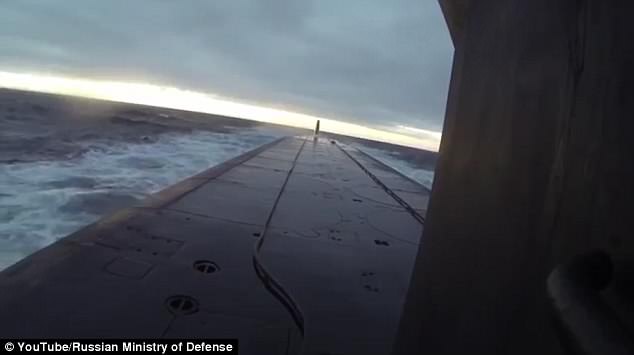 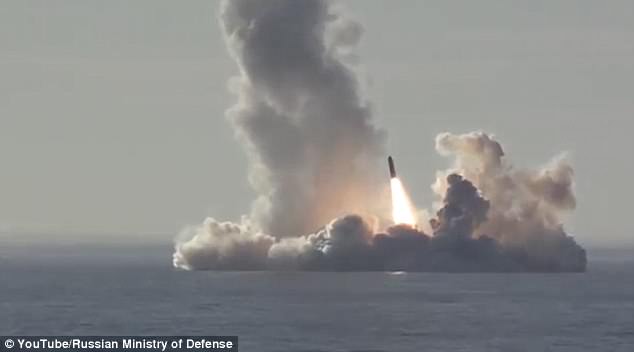 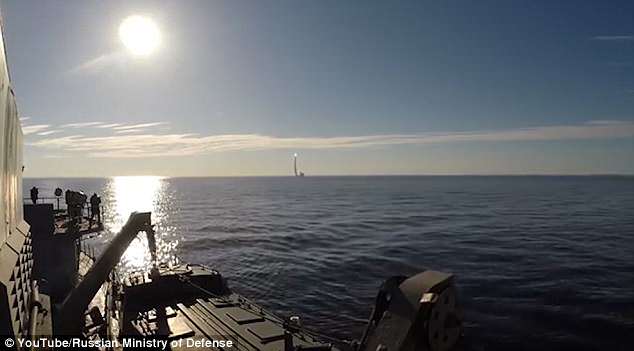 The R-30 Bulava is a solid-propellant ballistic missile developed specially for Project 955 submarines.

The Borei II-class, or Borei-A, sub was launched during a float out ceremony at the Sevmash Shipyards in Severodvinsk in northern Russia.

Construction began on the vessel in July 2012 and it is expected to be delivered to the Russian Navy next year.

Once commissioned, it will be Russia’s most advanced ballistic missile submarine ever to conduct nuclear deterrence patrols.

In comparison to the Borei-class which has 16 missile tubes, Borei A submarines are fitted with four additional launchers, making a total of 20.

They also boast smaller hulls and cons, and feature improved acoustics and lower sound levels, as well as a number of other technical improvements.

A total of eight of the Borei class subs will be built by 2025.

The previous Bulava test launch from the Yuri Dolgoruky submarine was conducted on June 26, 2017 from the Barents Sea.