Russia says it is developing a new Covid-19 vaccine to protect mink in its vast fur farms, as well as domestic cats.

Rosselkhoznadzor, Russia’s veterinary watchdog, announced it is working on a vaccine for animals that is expected to be tested in the autumn.

Moscow is developing another ‘groundbreaking’ vaccine to protect mink in its vast fur farms, as well as domestic cats as Vladimir Putin called their human vaccine a ‘world beater’

‘We are working on the creation of a vaccine for animals against the new coronavirus infection,’ said the organisation’s head Sergey Dankvert.

‘The vaccine is needed primarily for mink,’ he said.

‘They quickly transmit the virus to each other.’

A case was reported of a mink infecting a human in the Netherlands.

Russia has around 100 fur farms specialising in mink farming for its large fur industry.

‘People will want to vaccinate pets as well – for example, cats that become infected with a new coronavirus infection,’ he said.

This comes after Russia claims that the West is actively seeking to poach the scientists behind its controversial new Covid-19 vaccine.

The head of Russia’s Gamaleya Research Institute of Epidemiology and Microbiology, Professor Alexander Gintsburg, the key scientist behind the human vaccine hailed by Vladimir Putin as a world beater, said in several interviews that the ‘jealous’ West was seeking to ‘buy out’ the top brains in his team. 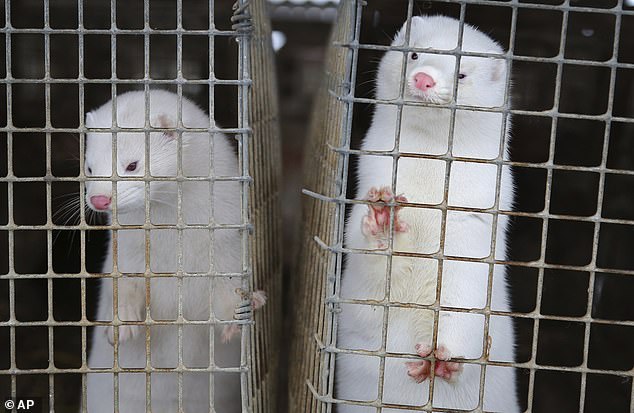 ‘Any American or European university can only dream of having such researchers,’ he said.

‘And they are seeking to lure them away.

‘But they will not be able to.’

The team that made the Covid-19 vaccination had been together ten years, he said, claiming they were resisting lucrative approaches.

The rush to announce the Sputnik V vaccine – only tested on dozens of people – has been widely criticised in the West, and key figures inside Russia. 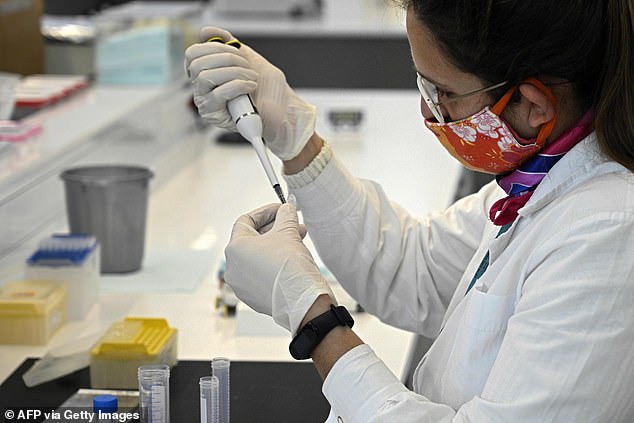 The rush to announce the Sputnik V vaccine – only tested on dozens of people – has been widely criticised in the West, and key figures inside Russia

Russian health chiefs have been forced to make clear that it cannot be used on this under 18 or over 60 because tests have not been carried out on these age groups.

‘A large amount of additional work is certainly required,’ admitted Gintsburg, who is starting post-registration tests on 30,000 people.

Mass vaccination will start in around one month, it is expected.

But the head of Rospotrebnadzor, Russia’s public health watchdog, Anna Popova, made clear that the country will not solely rely Gintsburg’s vaccine announced with such fanfare by the Kremlin last week when the drug was registered.

‘It is absolutely certain that each country, including the Russian Federation, should have several different vaccines. This is what we are doing today,’ she said.