Russia sees a record spike in coronavirus cases and deaths

Russia saw a record daily rise in coronavirus cases and deaths today as Vladimir Putin prepares to announce whether a month-long lockdown will be extended.

The jump means that Russia overtakes Iran and China to move into eighth worldwide for the number of confirmed cases, although there are doubts over China’s figures.

This graph shows the rising daily number of coronavirus cases in Russia, which hit a new peak of 6,411 today to bring the total to 93,558 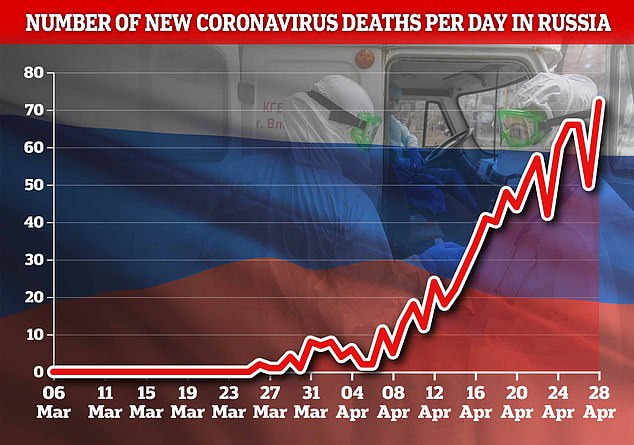 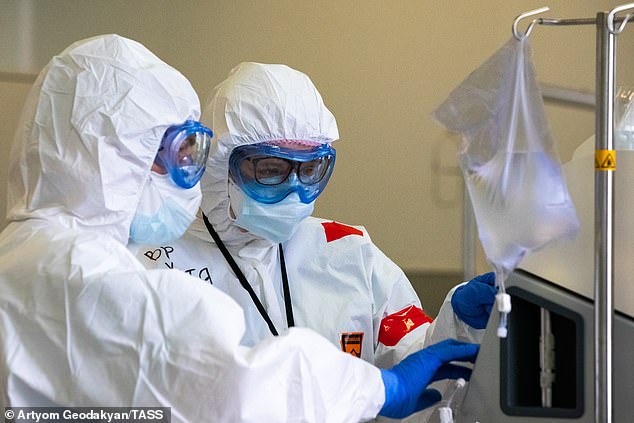 Russia’s 147million people are scattered across 11 time zones and 85 regions, but Moscow has taken the worst hit with 48,426 cases by itself.

The surrounding region has another 10,231 confirmed cases while St Petersburg has recorded 3,436.

The Arctic region of Murmansk has also seen more than 1,000 cases, while Krasnoyarsk is the worst-hit part of Siberia with 888 positive tests.

The government’s figures also include the Crimean peninsula, which Moscow annexed in 2014 but which most countries do not recognise as part of Russia.

Russia says it has carried out more than 3.1million tests across its territory, including nearly 120,000 in the last 24 hours.

The country has been in lockdown since late March, and Vladimir Putin has yet to say whether this will be extended beyond the current expiry date of April 30.

Putin is due to deliver a speech later on Tuesday, the Kremlin said.

‘President Putin has a big speech planned, but I am not going to announce anything, let’s wait until the meeting,’ said official spokesman Dmitry Peskov.

The lockdown is estimated to cost Russia 0.5 percentage points of its gross domestic product every week.

Prime minister Mikhail Mishustin has asked his government to submit proposals by Thursday to ease some of the restrictions on businesses. 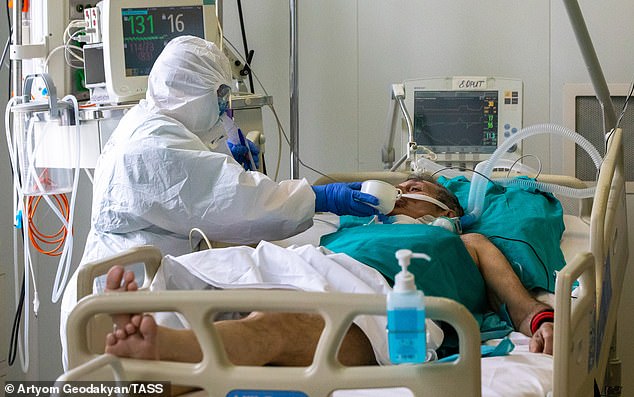 A medical worker treats a patient at the Pirogov hospital yesterday in Moscow, which has taken the brunt of Russia’s coronavirus outbreak 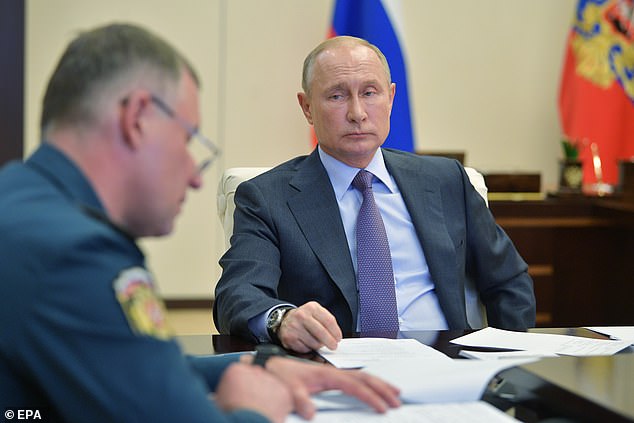 Many firms have warned that they risk going bankrupt if the lockdown continues, and thousands of workers have been laid off.

But Anna Popova, the head of Russia’s safety watchdog Rospotrebnadzor, told state television that, in her view, restrictions should remain in place until May 12.

Russia enters two sets of long weekends from May 1 to May 11, with only three working days in between which many usually prefer to take off.

Yandex, Russia’s top search engine, has recently introduced a self-isolation index which tracks people’s activity based on apps including maps and food deliveries.

On Tuesday it stood at 3 of the maximum 5 for Moscow, a city of nearly 13 million, meaning there are a lot of people on the streets.

Although Moscow’s index is better than an average in nearly 300 other Russian cities, the figure has fallen since early April which suggests people may be starting to disregard the restrictions.

Moscow has introduced special barcodes for cars since mid-April to curb people’s movements – a practice set to be extended to 21 other Russian regions.

Moscow plans to open two new hospitals with 1,500 beds each in the defence ministry’s Patriot museum and in the Crocus exhibition centre, local media says.

St Petersburg is planning to turn exhibition centre Lenexpo, which used to host Russia’s top economic forum, into a temporary hospital with 1,000 beds.