‘Russia was the target!’ Trey Gowdy says Trump will be GRATEFUL the FBI spied on his campaign

A senior Republican lawmaker said Tuesday that President Donald Trump will ultimately be grateful the FBI sent one or more informants to gather information about a trio of his campaign aides in 2016, since ‘he was never the target – Russia was the target.’

The president has bitterly complained in recent weeks that the Obama administration’s Justice Department ‘spied’ on him, but House Oversight Committee Chairman Trey Gowdy told a Fox News audience that the surveillance had ‘nothing to do with Donald Trump.’

‘I am even more convinced that the FBI did exactly what my fellow citizens would want them to do when they got the information they got,’ he said.

Gowdy was among the small group of legislators briefed last week by top intelligence officials about how the FBI had gathered information about potential ties between Moscow and then-candidate Trump’s orbit.

House Oversight Chairman Trey Gowdy,  a South Carolina Republican congressman, said Tuesday night that the FBI was investigating Russia – not spying on Donald Trump – when it deployed an informant to find out what a handful of campaign advisers knew in 2016 Trump mocked the effort minutes later during a Nashville rally, saying the Obama Justice Department ‘had people infiltrating our campaign’

Tuesday night during a campaign-style rally in Nashville, Tennessee, the president had strong words for the technique.

‘So how do you like the fact they had people infiltrating our campaign,” Trump mocked.

The president spoke just minutes after Gowdy delivered his verdict on national television. He has branded the episode ‘SPYGATE.’ 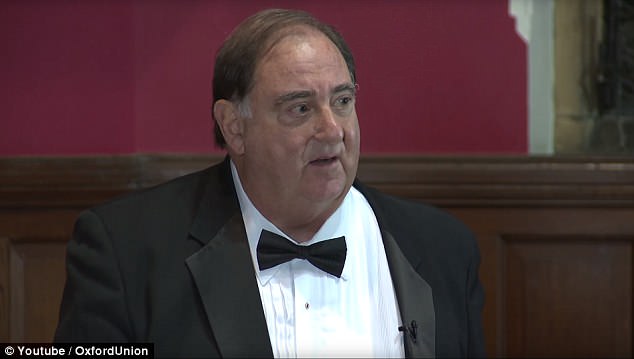 Stefan Halper, a Cambridge University academic, approached at least three Trump advisers in 2016, probing them to learn what they knew about Russian hacking and election interference 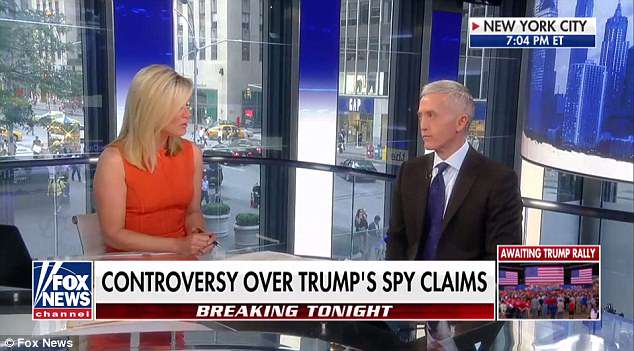 Gowdy was among a small group of lawmakers who last week saw classified information about what the president calls ‘SPYGATE,’ and his takeaway was that the FBI did what it would have been expected to do at the time

The jab is a reference to Stefan Halper, a former Cambridge University professor who made contact with at least three Trump campaign advisors in 2016.

Halper was trying to learn how much George Papadapoulos, Carter Page and Sam Clovis knew about Russia’s attempts to hack Hillary Clinton’s emails and turn the election to Trump’s advantage.

‘These guys were going at us from all different angles,’ claimed Clovis.

Gowdy insisted Tuesday evening that the president himself is not a target of the ongoing special counsel probe into the Kremlin’s 2016 election interference. That, he said, should give Trump the confidence to resume his earlier insistence that the FBI root out any of his current or former aides who may have been compromised by Russia.

‘President Trump himself, in the Comey memos, said, “If anyone connected with my campaign was working with Russia, I want you to investigate it”,’ he said.

‘And it sounds to me like that is exactly what the FBI did.’

‘It was President Trump himself who said, “Number one, I didn’t collude with Russia, but if anyone connected with my campaign did, I want the FBI to find that out.” It looks like the FBI was doing what President Trump said I want you to do – find it out.’