Russia is preparing to test its ‘unstoppable’ new nuclear missile, the country’s military has announced.

General Valery Gerasimov told state news that preparations are underway for tests of the missile, dubbed Satan 2 by NATO, at the Plesetsk cosmodrome.

The rocket can carry up to 16 nuclear warheads and President Putin bragged earlier this month that it cannot be stopped by any missile defense system.

Russia is preparing to carry out tests of the ‘Satan 2’ nuclear missile which can carry 16 warheads and evade all missile defences, according to the Kremlin 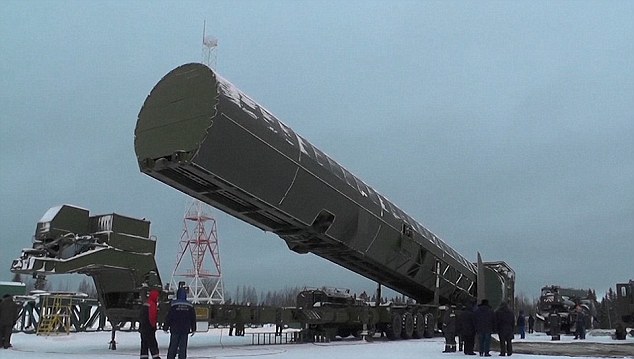 The missile was previously tested in December last year, with footage of the launch system shown during Putin’s state of the nation address (pictured)

The announcement comes amid heightened tensions between Russia and the West over the poisoning of a former spy on UK soil with Russian nerve agent.

Gerasimov described the exercise as a ‘pop-up test’ to TASS, meaning it will likely test the launch system which ejects the missile from its silo.

The launch system was previously tested in December last year, with footage shown during Putin’s state of the nation address.

However, the footage cut out after the missile launched and was replaced by computer animations, suggesting the flight path has not been tested.

It is not clear whether the flight path will form part of the upcoming tests. It is also not clear when the next tests will take place. 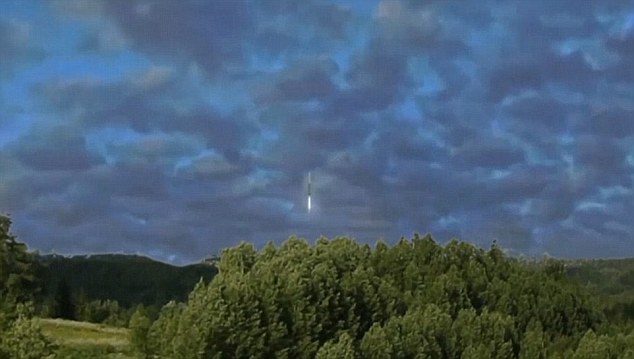 Previous test footage used computer animations to show the flight of the missile, suggesting this has not been tested yet. It is not clear if this will form part of the new tests 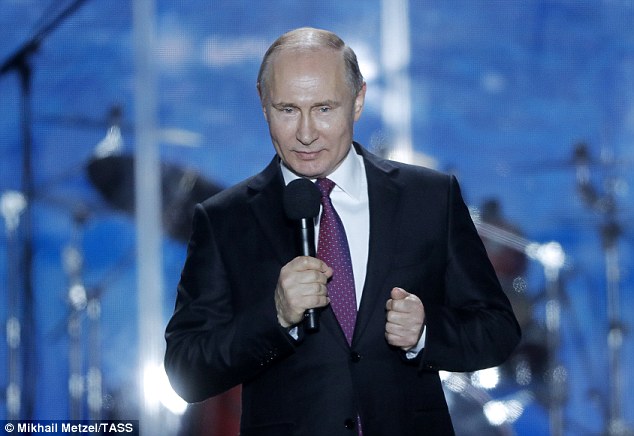 Gerasimov’s announcement came on Tuesday, shortly after British Prime Minister Theresa May said it was ‘highly likely’ Russia was behind the poisoning of former double-agent Sergei Skripal and his daughter Yulia in Salisbury.

Mrs May gave the Russian government 24 hours to explain itself, before announcing on Wednesday that she would be expelling 23 Russian diplomats from the UK.

High-level visits from Russians to the UK were also cancelled, and it was announced that the royal family will not be attending the world cup in Russia this summer.

Nikki Haley, the US representative to the UN, subsequently called the attack ‘Russia’s crime’ while EU leaders said they stood ‘shoulder to shoulder’ with the UK.

Russia has vehemently denied being behind the attack, calling the allegation ‘insane’ and warning that Britain should not ‘threaten a nuclear power’.