A bodysnatcher who stole 29 corpses of girls and dressed them in knee-high boots with lipstick for his ‘collection’ is set to walk free from a Russian psychiatric ward.

Anatoly Moskvin, 52, stole and mummified corpses before turning them into ‘dolls’ in Nizhny Novgorod.

Psychiatrists claimed they cured the historian last year and recommended outpatient treatment for Moskvin – but then dramatically reversed their claim.

Now they want him to be held indefinitely, but as no new court order has been granted, Moskvin is technically free to leave amid claims the grave robber has made plans to move to Moscow.

The order keeping him in the secure hospital expired in December, sparking fury from the parents of his victims.

Anatoly Moskvin, from Nizhny Novgorod, Russia, stole the corpses of 29 girls and dressed them in knee-high boots and lipstick to make them look like dolls 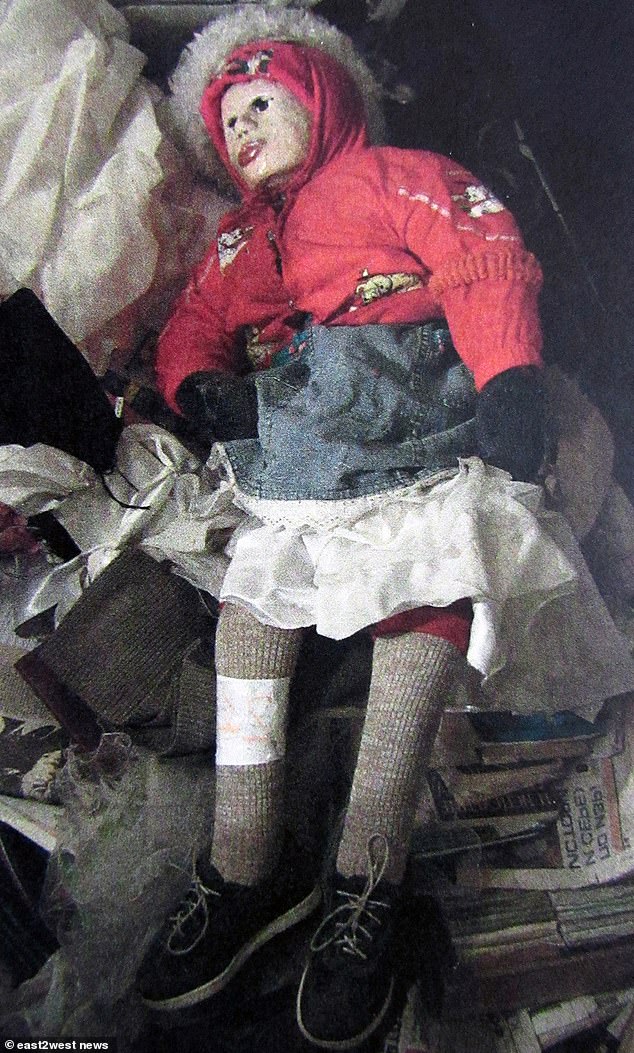 The bodysnatcher, 52, was being kept at a hospital ward but is set to be released after psychiatrists claimed they had cured him last year 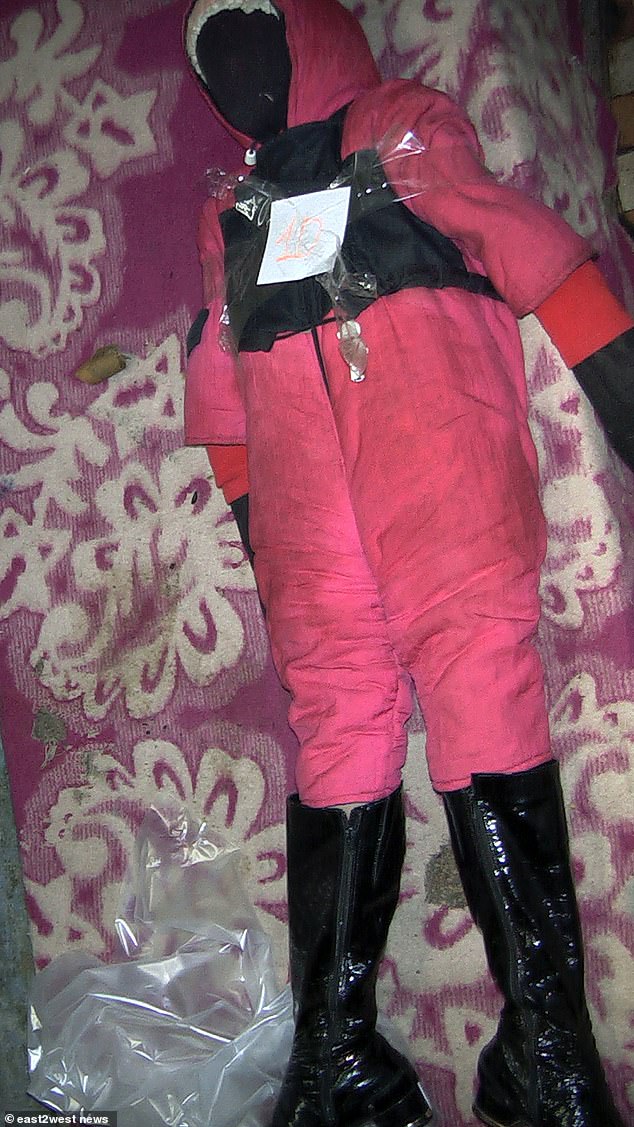 Before his detention in 2011, the bodysnatcher dressed the dead girls in stockings, girls’ clothing and knee-length boots to make them look like dolls, even applying lipstick and make-up to their faces.

He wedged music boxes inside their rib cages and marked the birthdays of each of his dead victims with ‘parties’ in his bedroom.

Moskvin previously told detectives ‘not to rebury the girls too deeply because I will gather them again when I am free’.

He also told bereaved parents, who described him as ‘evil’: ‘You abandoned your girls in the cold – and I brought them home and warmed them up.’

The original move to release him came despite vehement objections of the parents of the deceased children, who were aged between three and 12. 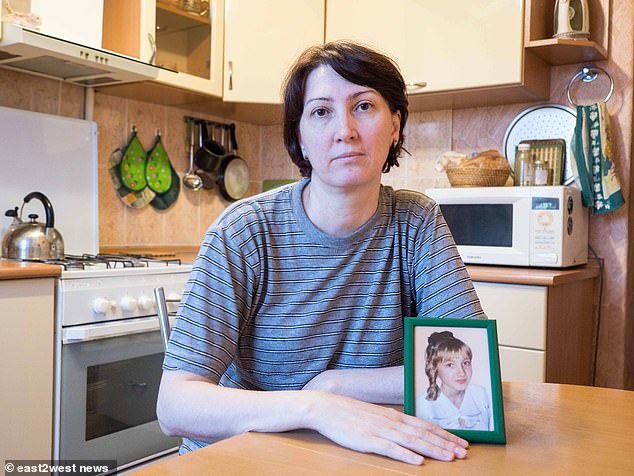 The parents of his victims are furious with the decision. Moskvin dug up the corpse of Natalia Chardymova’s 10-year-old daughter Olga in 2002 and kept her body in his home for nine years 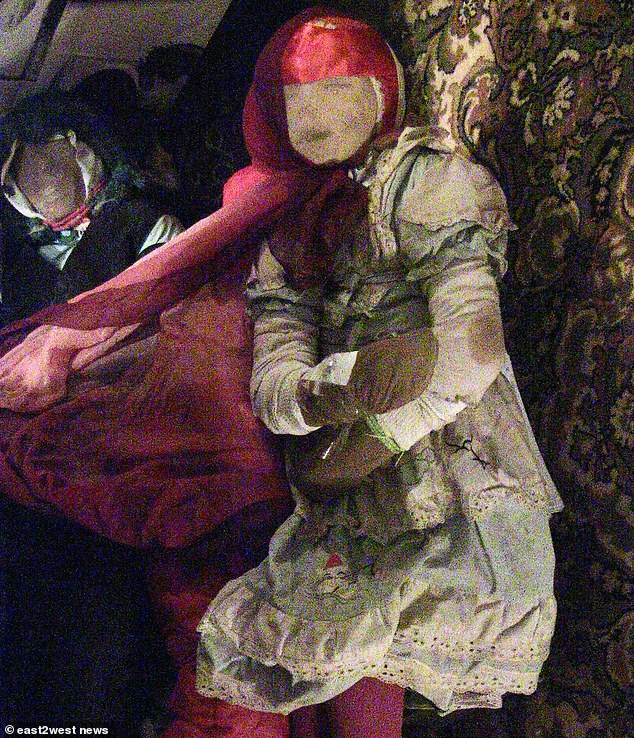 Police say he was not motivated by twisted sexual desires, with one officer saying: ‘He loathed sex and thought it was disgusting’

A judge demanded a new set of psychiatric tests, which found Moskvin’s condition had ‘deteriorated’, but there has been an unexplained delay in approving an order to keep him detained.

Natalia Chardymova, 46, is one of the parents who strongly opposes Moskvin’s freedom.

Her daughter Olga’s corpse was one of 29 he dug up and stole from local graveyards after she was murdered at the age of 10 in 2002.

Moskvin kept her mummified body for nine years in his flat while her mother was unknowingly laying flowers at an empty grave.

She warned: ‘He is incurable. If he is released, he cannot be treated properly as an outpatient.

‘He will just stop taking pills, and at some stage he will return to his sinister actions as he has promised to do.’

She welcomed the demand by psychiatrists to keep him incarcerated. 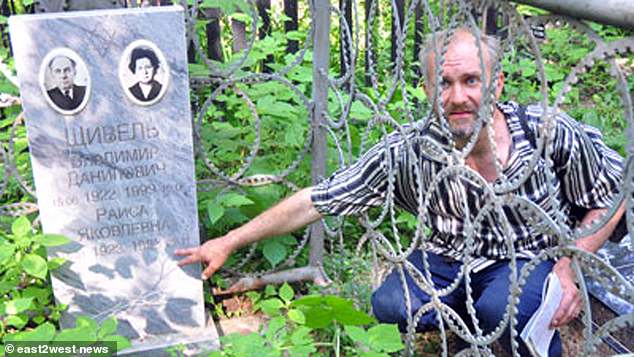 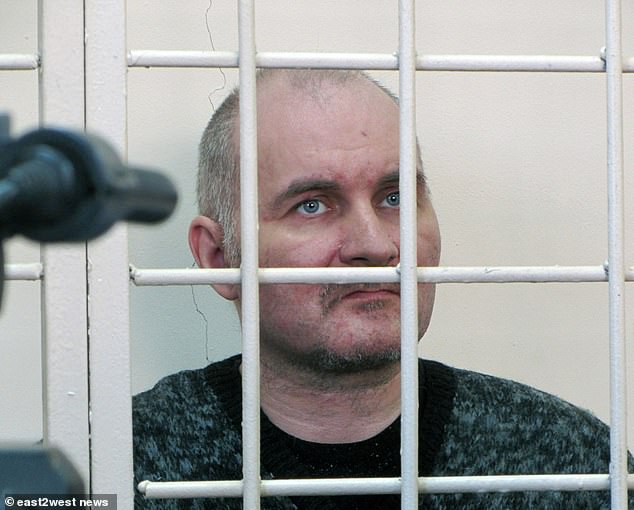 The order keeping him in the secure hospital expired in December, and there has been an unexplained delay in obtaining a new one – meaning Moskvin is free to leave

Ms Chardymova added: ‘I still find it hard to grasp the scale of his sickening “work” but for nine years he was living with my mummified daughter in his bedroom.

Moskvin’s mother Elvira told police after he was arrested: ‘We saw these dolls but we did not suspect there were dead bodies inside.

‘We thought it was his hobby to make such big dolls and did not see anything wrong with it.’

The historian, who was described in court as a genius, gave various explanations for his macabre behaviour.

At one point, he claimed he was waiting for science to find ways to make these girls live again, and at another he said he wanted to be an expert in making mummies.

He also claimed he wanted to communicated with the girls, and spoke to them as he kept them in his house.

Moskvin told police he carefully selected which corpses to take, saying: ‘I lay on the grave and tried to get in touch with her. I listened to what she said. Often they asked me to take them out for a walk.’

Police say he was not motivated by twisted sexual desires, with one officer saying: ‘He loathed sex and thought it was disgusting.’