The Russian dissident found dead in his London home had prepared a getaway plan because he feared so much for his life.

Nikolai Glushkov, 68, was discovered by his daughter late on Monday night at his suburban home in New Malden and his body was taken away in a private ambulance 24 hours later.

He had previously claimed that his close friend Boris Berezovsky and Alexander Litvinenko, a double agent who was killed with polonium poison, had both been on a Kremlin hit list and speculated in interviews he was next.

His former bodyguard has now revealed the extent of his worry and the measures they took to preserve his safety. 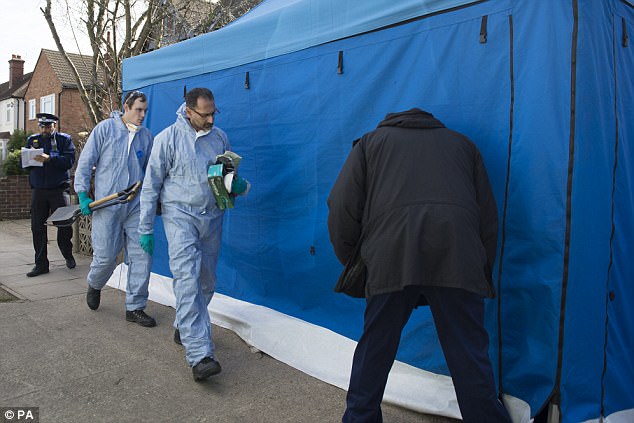 Forensics officers enter a tent outside a house in New Malden which has been sealed off after Russian businessman Nikolai Glushkov, a close friend of Putin critic Boris Berezovsky, was found dead 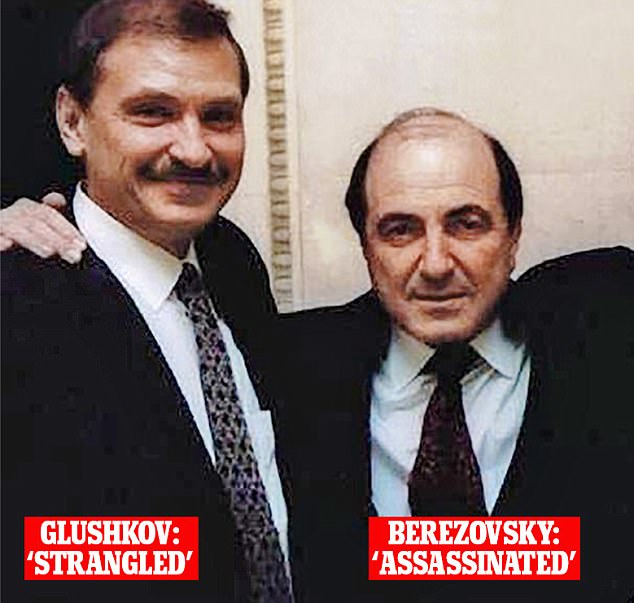 Nikolai Glushkov, 68, was discovered by his family late on Monday night at his suburban home in New Malden, Boris Berezovsky was found dead in England in 2013

The minder told the Telegraph how his employer Glushkov had hatched an escape plan which included a hideaway should his life be put in danger.

The Frenchman, who asked only to be identified by his initials RG, told the paper: ‘When we were informed things were a little tense, we were told to prepare a getaway for Glushkov.’

He also worked with Glushkov’s friend and former business partner Boris Berezovsky. and said poison was ‘always a threat’.

The security guard said:  ‘Boris spoke openly that the orders came directly from Putin to eliminate him and his friends.’