Russia today claimed its London embassy’s website was hacked from within Britain.

The alleged cyber attack happened at about 2.30pm yesterday – and the Bayswater-based embassy said it ‘most probably originated from the United Kingdom’.

It also claimed the hack followed the embassy’s criticism of BBC research into whether there was any Russian involvement in the ‘yellow vest’ protests in France.

The Russian embassy (pictured), based in Bayswater, West London, said the alleged cyber attack happened at about 2.30pm yesterday – and claimed it was hacked from within Britain

The claim comes two months after the UK government accused Russian military intelligence of being behind a seires of ‘reckless and indiscriminate cyber-attacks’.

Relations between the UK and Russia have been in the deep freeze since Russian ex-spy Sergei Skripal and his daughter Yulia were poisoned in Salisbury in March.

A representative of the Russian diplomatic mission told Russian government-backed news agency TASS today: ‘The Russian embassy in London apologizes to numerous users of its website, which was hacked on December 17 in the second half of the day at 2.48pm (5.48pm Moscow time) after publications about Britain’s involvement in Ukrainian affairs, as well as the critical commentary regarding the editorial task to BBC correspondent to find traces of Russia’s involvement in French protests.

He said that embassy experts ‘are looking into the feasibility of restoring the whole corpus of archival records containing key estimates of the British foreign policy’. 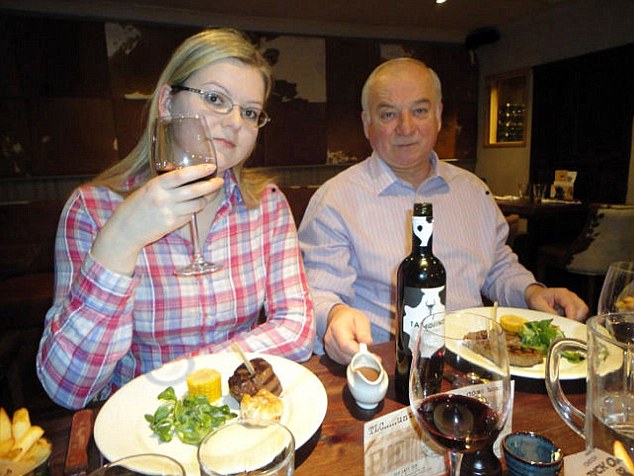 And the source added: ‘According to preliminary estimates, the attack most probably originated from the United Kingdom.’

It comes as Britain was warned by the communications watchdog about ‘hardcore propaganda’ being used by Russian TV stations broadcasting out of London.

Ofcom is probing NTV Mir Baltic over its coverage of the Salisbury attack, looking at if its bulletins were unbalanced, in favour of the Russian over the UK government.

The channel is targeted at Russian speakers in the Baltic states. The watchdog also opened three investigations into Russia Today after the Skripal poisoning case.