Russian hacker says he will be killed if extradited to US

A Russian hacker arrested in Spain on a U.S. warrant said he previously worked for President Vladimir Putin’s United Russia party and feared he would be tortured and killed if extradited.

Peter Levashov was arrested while on holiday in Barcelona in April. U.S. prosecutors later charged him with hacking offences, accusing him of operating a network of tens of thousands of infected computers used by cyber criminals, RIA news agency reported.

Levashov’s comments this week offered a rare glimpse into the relationship between cyber criminals and the Russian state.

Peter Levashov, an alleged Russian cyber spam kingpin held in Spain, suspected by the FBI of hacking the U.S. election 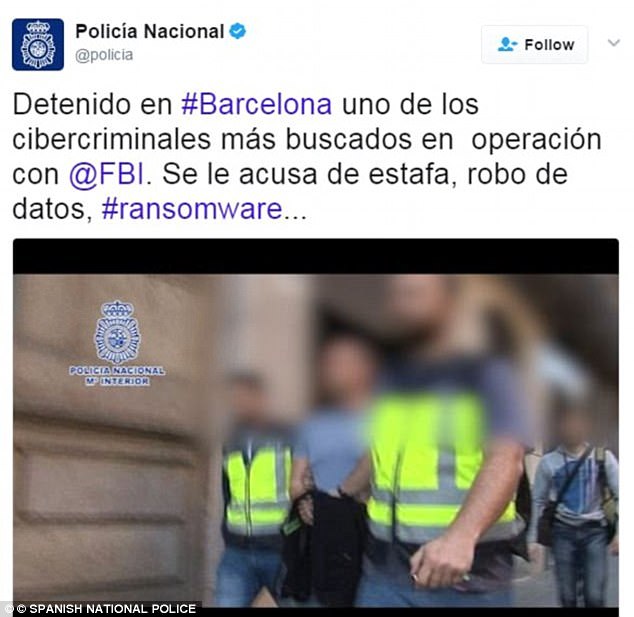 The Policia National, Spain’s equivalent of the FBI, released a picture of its officers taking away Levashov, saying he was a ‘most wanted cyber criminal’

The Kremlin has repeatedly denied the allegations.

U.S. prosecutors are seeking a 52-year jail sentence and Levashov, who denies the charges against him, is fighting his extradition from Spain.

He told a court in Madrid on Thursday that he had worked for the United Russia party for the last 10 years.

‘I collected different information about opposition parties and delivered it to the necessary people at the necessary time,’ RIA quoted him as saying.

Levashov provided no further details about his work for the party, RIA reported, though said he was an officer in the Russian army with access to classified information.

It was unclear if Levashov was a serving officer or an army reservist having completed mandatory military service. 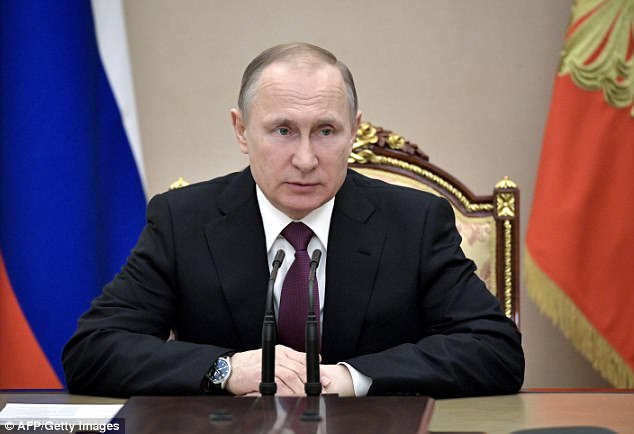 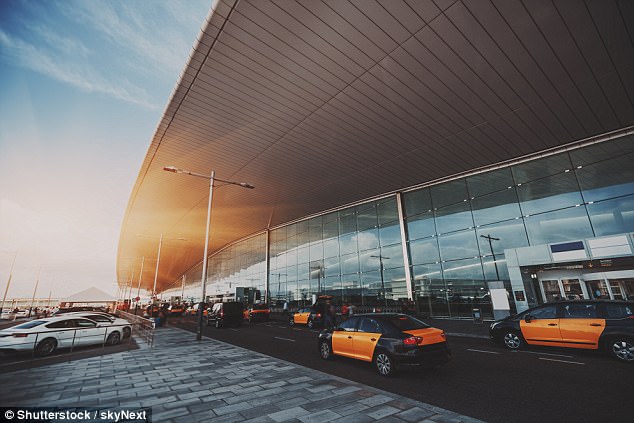 Levashov was arrested by in Barcelona according to Spanish authorities

He also told the court investigators in the United States would torture him for information about his political work if he was sent there to face the charges against him.

‘If I go to the U.S., I will die in a year. They want to get information of a military nature and about the United Russia party,’ RIA quoted him as saying. ‘I will be tortured, within a year I will be killed, or I will kill myself.’

Levashov has long been seen by cyber security investigators to be the person behind an online persona known as Peter Severa. Severa spent years listed among the world’s 10 most prolific spammers, according to spam-tracking group Spamhaus.

U.S. prosecutors have accused Levashov of running the infamous Kelihos botnet, a network of more than 100,000 infected devices used by cyber criminals to distribute viruses, ransomware, phishing emails and other spam attacks.