Russian helicopter spins out of control

A group of eight people had a miracle escape today when a Mi-26 helicopter crash landed in the far north of Russia.

A preliminary investigation is underway into the crash of the helicopter which was flying in workers from Novy Urengoy to the Rotor 40 site in the Vankor gas field just above the Arctic Circle.

The video shows how the tail touches the snow-covered ground and breaks off, causing the chopper to turn on its side in a huge cloud of snow.

Parts of the crashed Mi-26’s main rotor blade are thrown high in the air.

All eight crew and passengers escaped from the wreckage at the Arctic gas field site in Yamalo-Nenets autonomous region.

The most seriously hurt was a 56-year-old man who suffered a broken spine and ribs.

He was believed to be a member of the crew of the Mi-26 operated by Abakan Avia.

‘According to preliminary data, six people have been injured,’ said the press service of the Russian Investigative Committee. 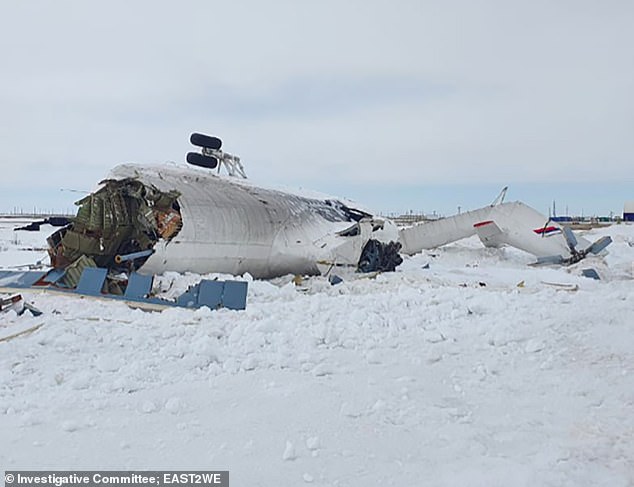 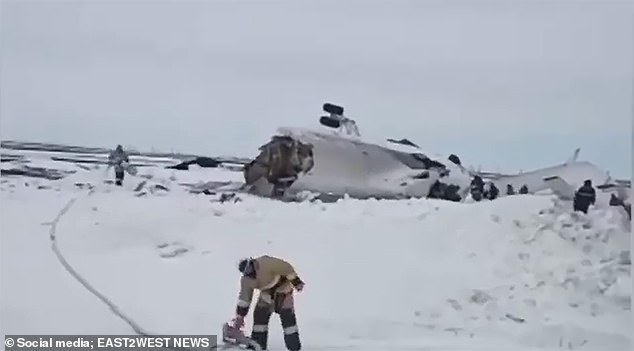 The Mi-26 came down some 70 ft short of its landing spot after the tap hit the ground.

Technical failure, poor weather conditions and piloting error were cited as possible causes of the crash.