A Russian hunter was killed and eaten by a brown bear he raised from a cub then kept as a pet in a cage in his garden.

Sergey Grigoriyev was eaten to the bone by the raging bear he found as a cub and raised on his plot of land.

The 41-year-old’s ‘skeletal remains’ were discovered by police who went to his house after his relatives reported him missing and the beast on the loose.

The bear also killed and ate to the bone two of the father-of-one’s three dogs.

Police in Ozersk, Chelyabinsk region, shot dead the aggressive bear which had earlier escaped from its cage.

Blood marks were seen on the snow from the fatal attack on the hunter.

Sergey Grigoriyev was eaten to the bone by the bear, named Vorchun or Grumbler, he found as a cub and raised on his plot of land 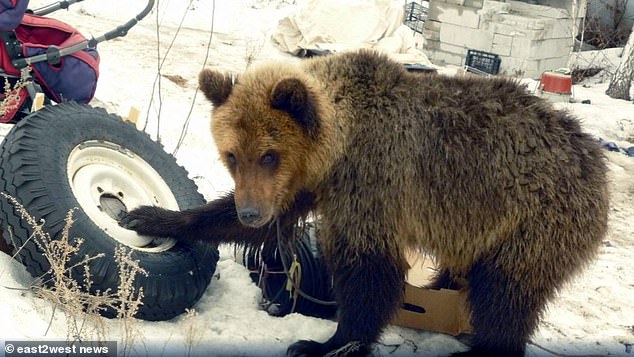 Caged: The brown bear escaped it enclosure and attacked its owner and ate two of his dogs 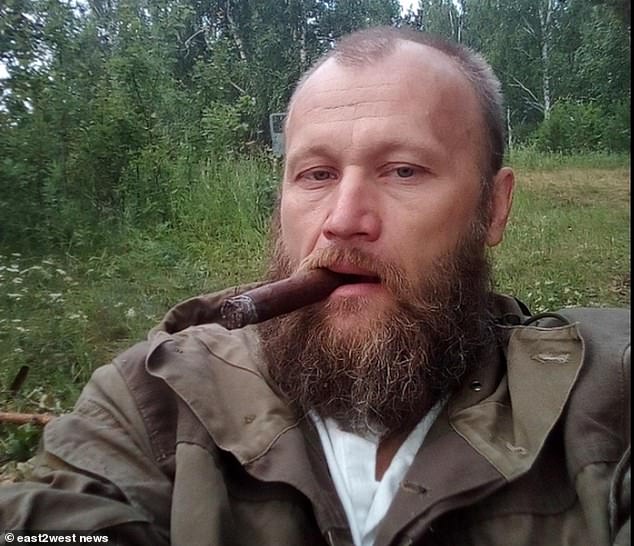 Police said in a statement: ‘Officers used their service weapons to kill the dangerous animal.

‘As a result of the measures taken, the bear does not pose a threat to citizens’ lives and health any longer.’

Reports suggest Mr Grigoriyev rescued the bear – named Vorchun or Grumbler – four years ago, along with another cub and raised the wild animal on his suburban plot.

Senior detective Alexey Petrov said: ‘The cage was open. The animal was walking around behaving aggressively.

‘On the plot we found the skeletal remains of a man.’

Mr Grigoriyev gave away one cub but kept the other after the only offer he had for it was from a ‘baiting station’ – where hunting dogs are trained with live predators. 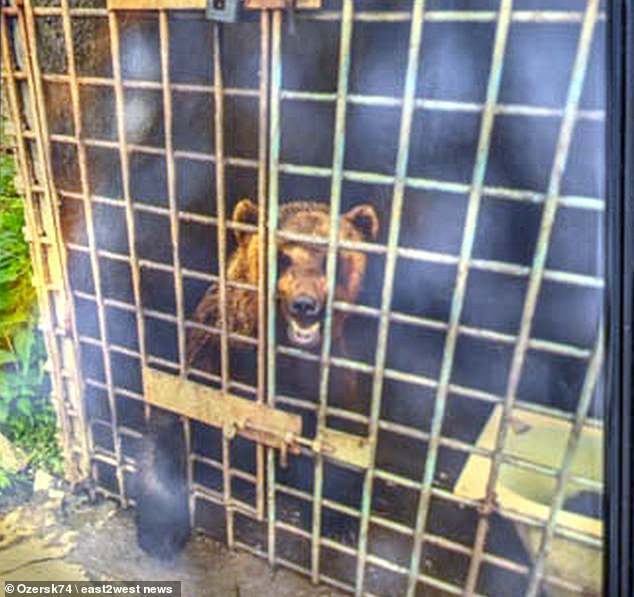 Police in Ozersk, Chelyabinsk region, shot dead the aggressive bear after it went on the rampage and killed it’s owner 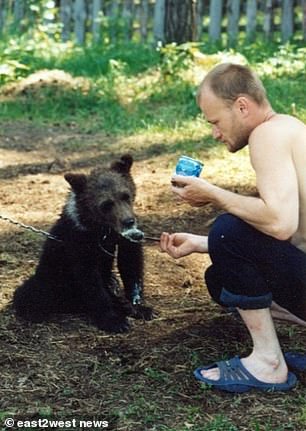 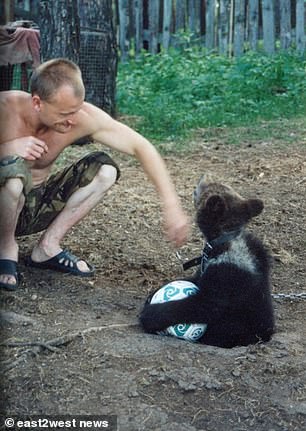 Mr Grigoriyev (left and right) raised the brown bear from a cub and kept it on his plot of land, even refusing to sell it to a ‘baiting station’

Such bear baiting stations in Russia are notorious for their cruelty.

A neighbour said he had shared tea with Mr Grigoriyev but had not seen him afterwards.

He added: ‘We called him but he did not answer. When his relatives came, they saw a bear wandering around the plot.

‘There was a dog with them. It attacked the bear, giving the people the opportunity to escape in the car.’

Petrov said a dog belonging to Mr Grigoriyev and another that came with the relatives were killed and gnawed to the bone.

The bear had previously attacked its owner but he had ignored advice from friends to get rid of it.

The Russian Investigative Committee is examining the case. 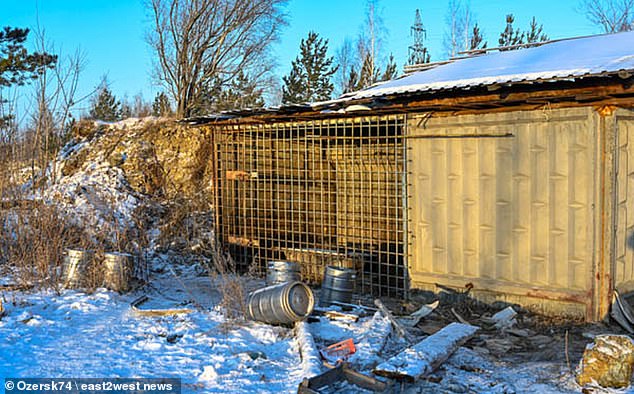