The Russian military is building a giant cloud that will function as a back-up internet, a new report has revealed.

The cloud, which is set to be completed by 2020, will connect to the military’s vast internal network and would allow wartime Russia to survive even if it was disconnected from the internet.

The country could run commercial traffic using its own internal network, according to the source, which revealed the so-called ‘war cloud’ is a significant part of the country’s ‘ongoing modernisation drive’.

The Russian military is building a giant cloud as a back-up internet which is set to be completed by 202, a new report has revealed

The cloud, which is being built at a cost of 390 million rubles ($6 million/ £4.5 million), will rely on data centres all over the country.

The first one has purportedly already been completed in the military’s Southern District.

This is an area that includes the illegally annexed Crimean peninsula as well as parts of eastern Ukraine, according to a report by Defence One.

The creation of this first centre makes Russian presence in the region even stronger.

President Vladimir Putin’s top IT adviser Herman Klimenko has previously stated that during wartime the country could run on the military’s pre-existing internal network – called the Closed Transfer Segment.

‘Technically, we are ready for any action now,’ he told Russian TV station NTV back in March.

According to Sam Bendett, an associate research analyst at non-profit research organisation CNA, the country sees this as key to helping protect its data from Western interference.

‘Russia is investing in military high-tech development, and especially in domestically produced software and hardware’, he told Defence One.

‘The data centres working with this cloud are all made with ‘Russian components’, said Mr Bendett, who is also a fellow in Russia studies at the American Foreign Policy Council.

‘Until recently, many IT components in the military and civilian sectors were Western – that is starting to change’, he said.

The country sees using data as a significant part of its ‘ongoing modernisation drive’, he added. 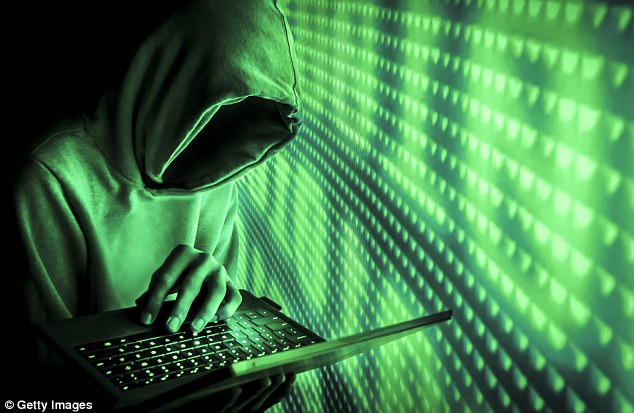 At the end of last year it was revealed the country was creating an ‘independent internet’. This would operate separately from the Domain Name System used worldwide (stock image)

At the end of last year, it was first revealed the country was creating an ‘independent internet’ which would operate separately from the Domain Name System (DNS) used worldwide.

During a meeting of the Russian Security Council, officials discussed an initiative to create an alternative to the DNS, claiming the move could protect Russia and a handful of other nations in the event of a large-scale cyberattack.

But, some suspect it could be a way for Russia to launch its own malicious operations, DefenseOne reported at the time.

According to Russian news site RT, Russian President Vladimir Putin is targeting August 1 for its completion.

The alternative DNS is designed to protect the BRICS nations ‘in the event of global internet malfunctions.’

And, it would operate outside the control of international organisations.

In the past, Russian officials have insisted that the nation is not looking to detach from the global internet, but instead protect it from ‘possible external influence.’

‘Russia’s disconnection from the global internet is of course out of the question,’ Press Secretary Dmitry Peskov said in 2014, according to RT.

Mr Peskov also added, ‘recently, a fair share of unpredictability is present in the actions of our partners in both the US and the EU, and we must be prepared for any turn of events.’

The spokesman then went on to say the nation has to ‘think about how to ensure our national security.’

In light of the new plan, however, experts are not convinced that the move is entirely about national security concerns.

Using an independent internet would reduce some of the risks of hacking an opponent, according to DefenseOne.

The alternative DNS would keep the key trading partners connected – and separate from the target of attacks.

‘There is a deep irony in Russia citing the increased capabilities of Western nations going attacks in the informational space,’ technologist Peter Singer told DefenseOne.

WHAT ARE THE CLAIMS ABOUT RUSSIAN INTERFERENCE ON FACEBOOK DURING THE US ELECTION?

Google, Twitter and Facebook have come under fire for allowing the spread of bogus news – some of which was directed by Russia – ahead of the 2016 US election and in other countries.

In a blog post in September 2017, Facebook said that more than 3,000 advertisements posted between June 2015 and May 2017 had Russian links.

According to CNN, Russia-linked Facebook ads were targeted to reach people living in Michigan and Wisconsin, both of which were won narrowly by Trump. 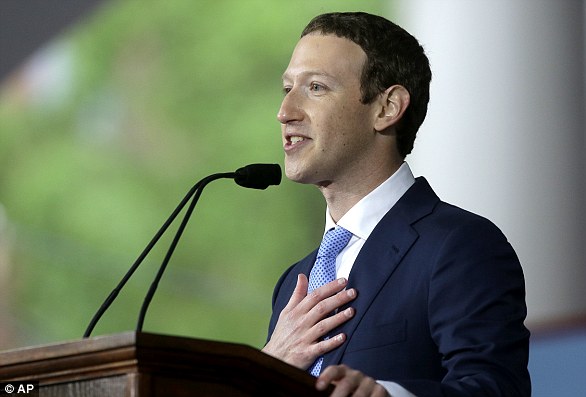 ‘I’ve expressed how upset I am that the Russians tried to use our tools to sow mistrust,’ Zuckerberg said

The data on Instagram is on top of the estimated 126 million Americans exposed to Facebook posts from Russian entities seeking to create divisions during the election campaign.

‘I’ve expressed how upset I am that the Russians tried to use our tools to sow mistrust,’ Zuckerberg said.

‘What they did is wrong and we are not going to stand for it.’

Facebook chief executive Mark Zuckerberg addressed criticism over allowing disinformation and manipulation during the US presidential election, just hours after the company’s top lawyer faced a grilling at a Washington congressional hearing at the end of last year.

‘Our community continues to grow and our business is doing well,’ Zuckerberg said.

‘But none of that matters if our services are used in ways that don’t bring people closer together. Protecting our community is more important than maximizing our profits.’