This is the shocking moment a Russian driver mows down several pedestrians – including a toddler – when he speeds through a city centre at 130mph, in a suspected ‘deliberate’ attack with intent to kill.

Onlookers said it was a miracle no-one died in the horrific incident in Yekaterinburg, which left the toddler and his mother in grave conditions.

Hit: An unsuspecting pedestrian was standing outside a shop when the car came speeding down the pavement in Yekaterinburg, Russia 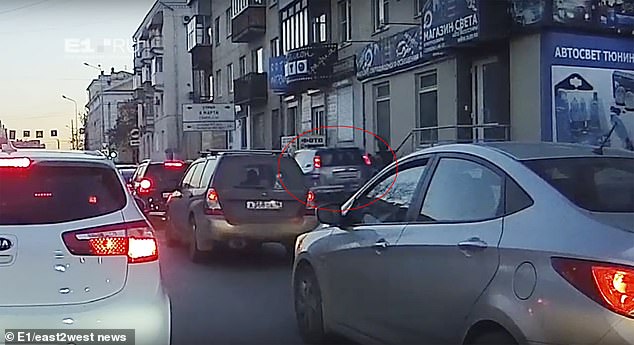 The footage shows the moment the man was hit by the Honda, allegedly driving at 130mph through the city centre

After coming to a standstill when he crashed into a traffic light post at a crowded pedestrian crossing, the unhurt driver locked himself in his car ‘to prevent a lynching by the furious crowd’ who witnessed the crash.

A two-year-old boy was thrown out of his pushchair some 12ft ‘in the air’ and suffered acute head injuries, said a bystander.

He is now in a coma and his condition is ‘grave’.

The child’s 29 year old mother broke her spine and is in intensive care. A 36-year-old man suffered a broken leg and shoulder.

The driver named only Vladimir P, 50, is under investigation for attempted murder, said law enforcement sources. 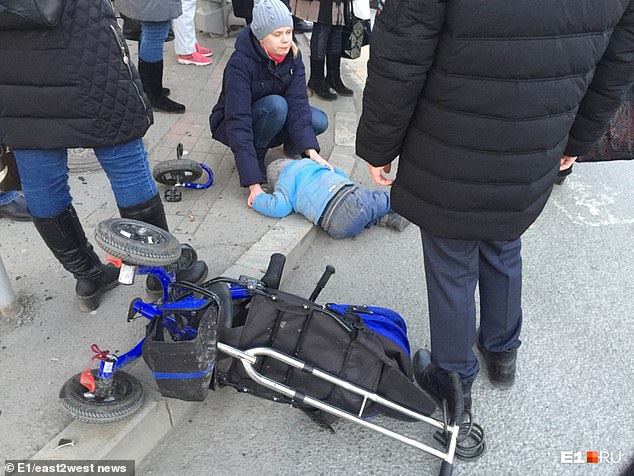 Life-threatening: A woman sits with the two-year-old boy who was thrown into the air when the Honda hit him and his mother on the pavement 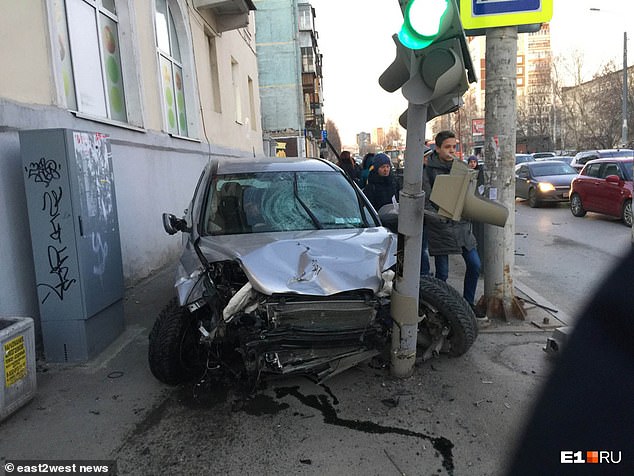 After crashing into a traffic light post crossing, the unhurt driver – named as Vladimir P., aged 50 – locked himself in his car ‘to prevent a lynching by the furious crowd’ 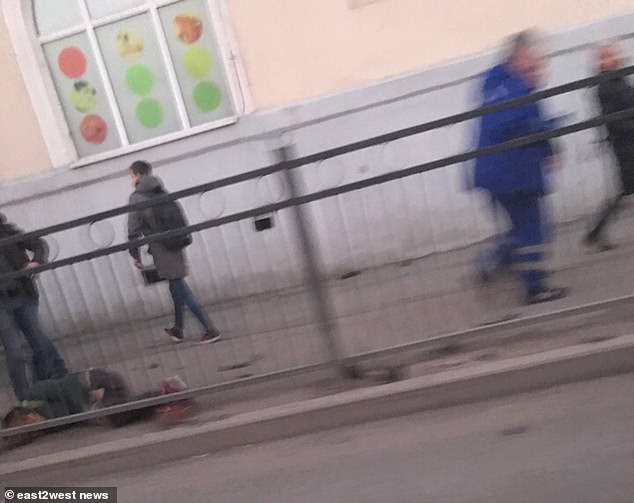 Injuries: A 36-year-old man, who was hit by the car and suffered a broken shoulder and leg, lies on the pavement 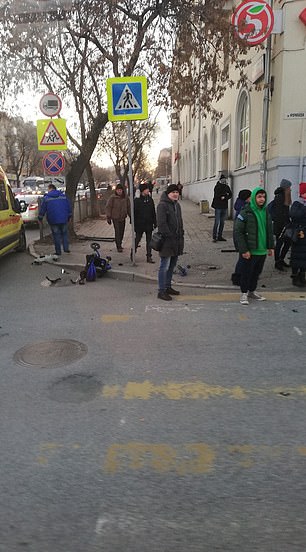 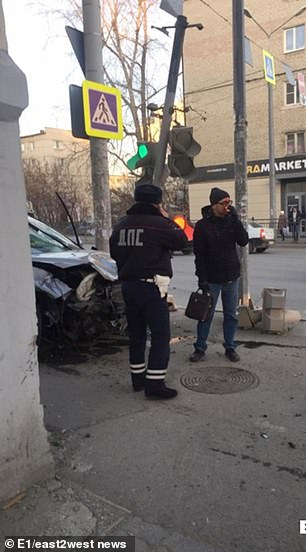 ‘On purpose’: Russians have called for the death penalty after the alleged ‘deliberate’ attack with intent to kill

‘The hit was so strong that the poor child flew more than three meters in the air,’ said an eye witness. It was horrifying.’

Another said: ‘The driver first knocked over a man, then hit an entrance of a building.

‘At the traffic lights he hit a mother with a pushchair.

‘The toddler flew out of his pushchair and landed right next to the road.

‘The little one moved his legs and we realised he was alive.’ 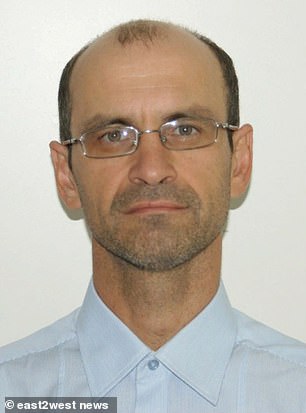 Anger: Vladimir P. claims he had mistaken the accelerator for the break, but witnesses have refuted this explanation

Onlookers said it was a ‘miracle’ more were not hurt at the pedestrian crossing where there were ‘dozens’ of people.

The man claimed he ‘confused the accelerator and brake’, say police.

But investigators believe there was ‘malice’ in the attack and he intended to kill.

Reports said his car had reached 130 mph on the pavement. It was unclear how the speed was calculated.

Vladimir P. has been detained and is under interrogation.

Locals posted that ‘the man staged a deliberate attack, no-one speeds up like he did after “confusing pedals”.

‘A Honda CR-V takes quite an effort to speed up. He knew what he was doing.’

There were calls for the death penalty.

‘This kind of thing will go on until the perpetrators face execution,’ said one comment.