The Ukrainian navy has accused Russia of firing at some of its ships near a key shipping route off Crimea.

The incident began earlier on Sunday when a Russian coast guard vessel rammed a Ukrainian navy tugboat in the Kerch Strait.

The tugboat was travelling with two Ukrainian navy artillery boats from Odessa on the Black Sea to Mariupol in the Sea of Azov. 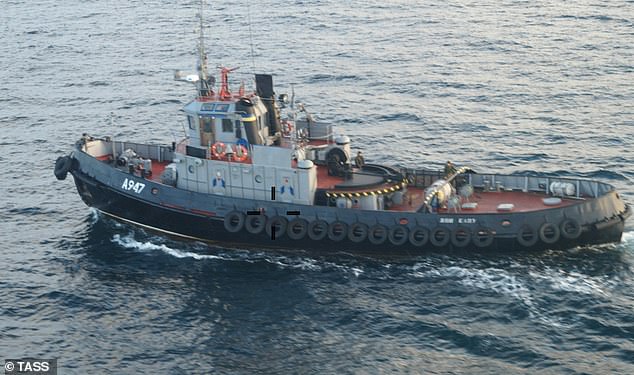 The Kerch Strait is the only passage into the Sea of Azov beyond it. The strait is crossed by the recently completed Kerch Bridge, connecting Crimea to Russia.

It said a Russian coast guard ship damaged the tugboat’s engine, hull, side railing and a lifeboat.

The statement added Russia was informed in advance about the planned transit. 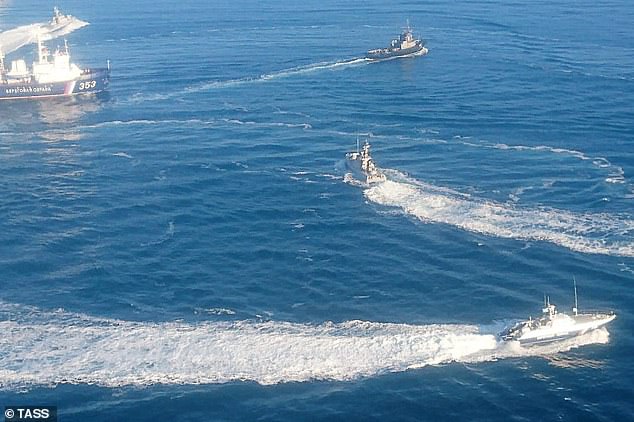 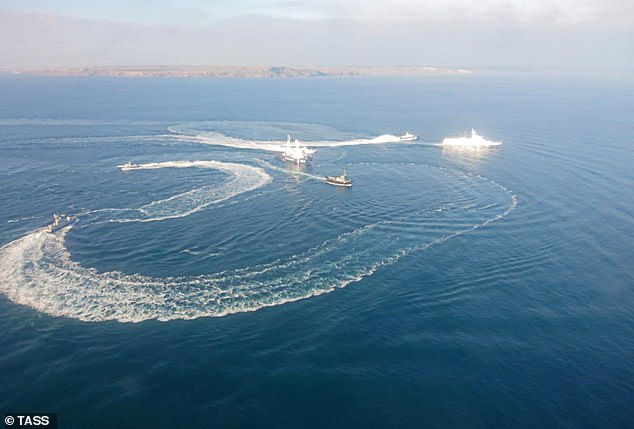 Russia claims it was forced to cut off the Kerch Strait after three Ukrainian navy ships made an ‘unauthorised crossing through Russian territorial waters’.

It follows months of growing tensions between Ukraine and Russia, which annexed Crimea from Ukraine in 2014 and has steadily worked to increase its zone of control around the peninsula.

Transit under the bridge has been blocked by a tanker ship and dozens of cargo ships awaiting passage are stuck. 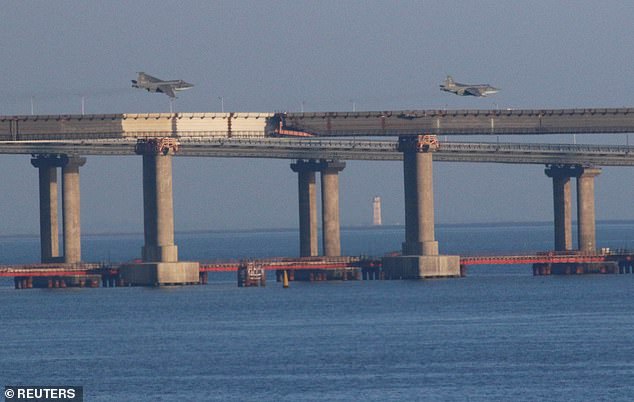 Transit under the Kerch Bridge (pictured, in a file image) has been blocked by a tanker ship and dozens of cargo ships awaiting passage are stuck

The FSB accused the Ukrainian navy of staging a provocation against Russia.

‘Their goal is clear,’ an FSB statement said, ‘to create a conflict situation in the region’.

The statement did not mention ramming a Ukrainian tugboat.

Though a 2003 treaty designates the Kerch Strait and Sea of Azov as shared territorial waters, Russia has been asserting greater control over the passage since 2015.

The Ukrainian Foreign Ministry in a statement said Russia’s actions were a violation of the UN Charter.