Russian socialite, 48, becomes Tory party’s biggest female donor with gifts of £1.7m – including £45,000 to play tennis with Boris Johnson and £135,000 for dinner with Theresa May

A Russian socialite has become the Tory party’s biggest donor with gifts totalling to £1.7million – including £45,000 to play tennis with Boris Johnson and £135,000 for dinner with Theresa May.

Lubov Chernukhin, who is married to billionaire former Russian minister Vladimir, contributed over £335,000 to the Conservative Party between January and July this year, according to Electoral Commission records.

The banker, 48, gave £200,000 to the Tory election campaign on November 6 last year, the same day the last parliament was dissolved for the general election. 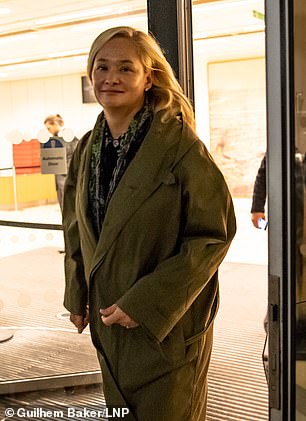 Lubov Chernukhin, pictured right at the High Court in 2018, has given a total of £1,765,804 to the Party since she started donating in 2012 (pictured left: Prime Minister Boris Johnson)

The consultant has previously been named as the donor who shelled out for a place on the tennis court with Boris Johnson at a Tory fundraiser in February.

The election regulator said Mrs Chernukhin has given a total of £1,765,804 to the Party since she started donating in 2012, according to The Times.

She also enjoyed a night out with former PM May and six female Cabinet members at the exclusive Goring Hotel in London’s Belgravia in April last year after donating £135,000 at another fundraiser. 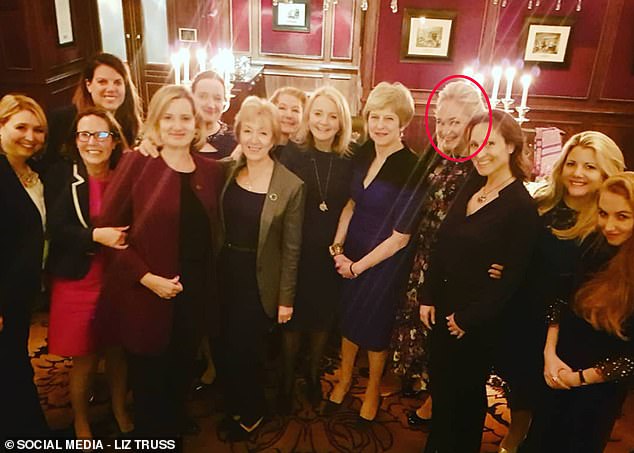 Thersa May pictured with ministers, fellow guests and Tory donor Mrs Chernukhin (fourth from right, next to the former PM) during a night out in April last year 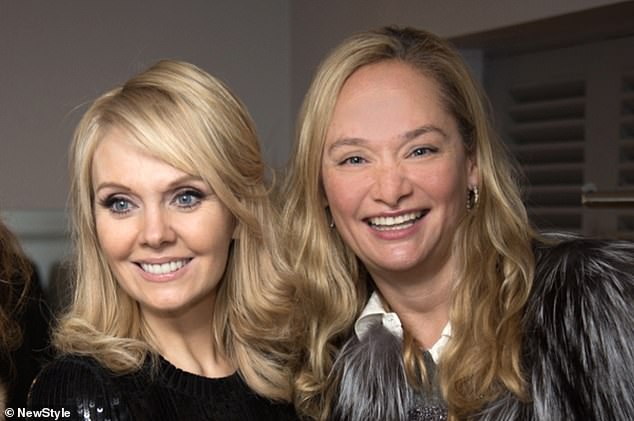 Mrs Chernukhin, right, with singer Valeriya, centre, in London. Records show the banker made two separate donations of £200,000 and £45,000 on March 16

At the time, the Tory Party insisted she was not a ‘Putin crony’ after she donated more than £1million over seven years.

Mrs Chernukhin’s husband Vladimir was a Russian deputy finance minister, but she is now a British citizen.

In 2014 David Cameron faced questions after Mrs Chernukhin successfully bid £160,000 at a party fundraising dinner to play tennis against him and Mr Johnson.

The former PM was accused of hypocrisy over the donation, which came at a time when he was pushing for tougher Western sanctions against Moscow in response to its annexation of Crimea and the downing of Malaysia Airlines flight MH17.

However, the Tories insist all donations are properly declared and checked.