Russian teenagers ‘stabbed man to death at a party then murdered the four women guests, raping one, before burning their bodies’

By Helen Moss For Mailonline

Two teenage boys reportedly stabbed a third to death after arguing about their mobile phones – then killed four girl pals they were with so they couldn’t tell police about the murder.

Sergey Burkaev, 16, and Konstantin Surkov, 17, are said to have raped their last victim before slitting her throat.

The vodka-fuelled duo doused all five bodies in petrol and set them alight at a flat in south-west Russia, according to prosecutors. 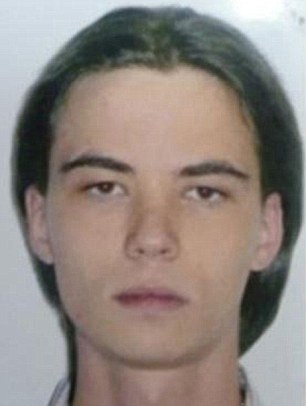 Accused of murder and rape: Sergey Burkaev, 16 (left) and Konstantin Surkov, 17, could be jailed for life

The baby-faced pair apparently fled in a stolen car but were arrested by traffic officers, who saw the vehicle being driven erratically.

If convicted, Surkov and Burkaev face life in jail.

The police who quizzed them say both teenagers have confessed to the murders and rape. The only reason they have given for the carnage was that they were drunk, the officers added.

The horrific crimes reportedly took place at a house party in the small town of Kumertau in Bashkortostan on Friday night.

A friend of party-goers – 17-year-old Svetlana Frolova – said: ‘I just can’t believe this has happened. They were all so friendly with each other and always hanging out together.

‘I had been invited (to the party) too, and had really wanted to go, but my mum said I had to stay in to do my homework. I’m so glad I did. I can’t understand why they did this.’ 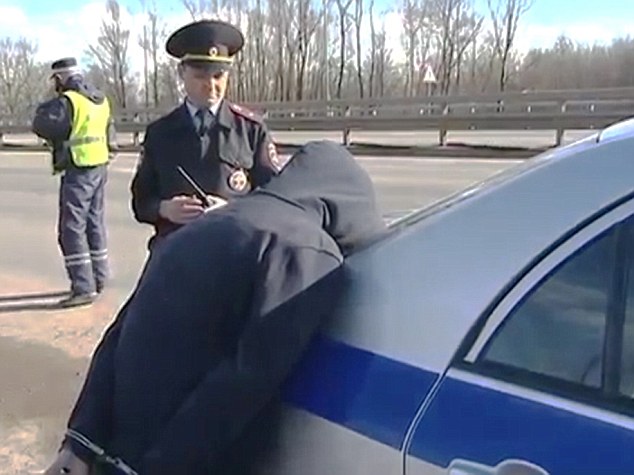 Arrested: One of the youths is told to lean face down on a police car after being stopped in a ‘stolen’ vehicle

Boozed-up Surkov and Burkaev are said to have accused fellow party guest Sidor Fokine, 22, of stealing their mobile phones.

When he denied it, they flew into a rage and pulled out their knives. Then they knifed him in front of the other guests – who were all female.

But they feared that the young women would identify them as the killers. So they knifed them too, including 16-year-old Maria Sorokina, in whose flat they were partying, and her 17-year-old friend Anastasia Selezneva. 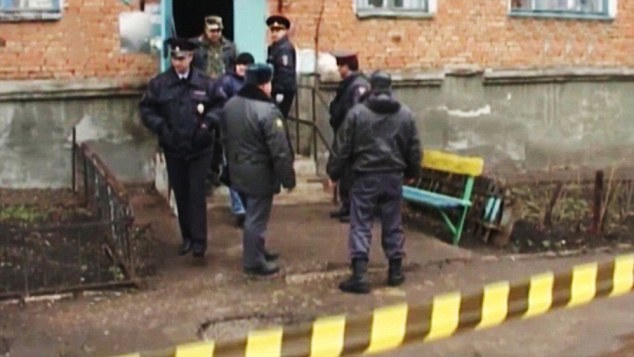 Scene of carnage: Police officers at the apartment block in Kumertau where five young people were killed

The other victims were aged 21 and 22. Anastasia was the last to be murdered – and she was raped before her brutal death. The five bodies were set on fire in the apartment.

A police spokesman said of Surkov and Burkaev: ‘They were apprehended while trying to escape in a stolen car. They were covered in blood and still drunk.

‘So far they have only said they did it because they were drunk.’